The Daily Nexus
News
Beauty, Brains and Everything In Between Forum Brings Light to Race Issues
October 21, 2015 at 5:00 am by Selina Alvarez 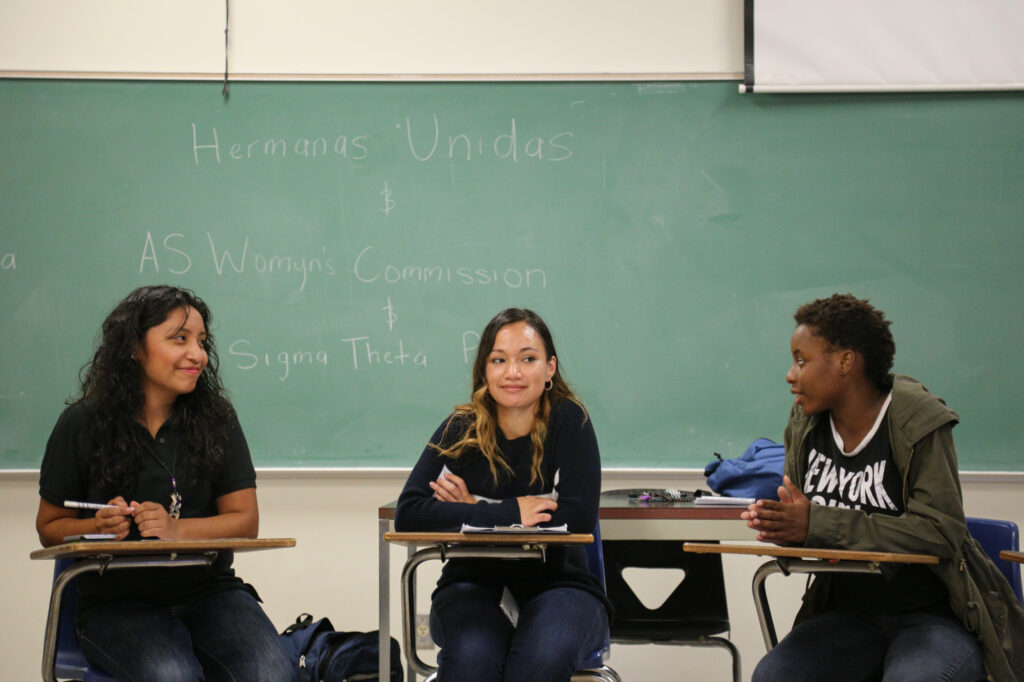 At the forum, members of the three organizations discussed the challenges women of color face on a university campus. Raza Week will also include events such as a potluck, movie night and a Salsa night with organizations such as the Pan-African Student Union, El Congresso and La Familia de Colores.

“We can be such a big support system for one another, mostly being women, and mostly being underrepresented,” Ramirez said.

Ramirez said she was “really excited” about co-hosting Beauty, Brains and Everything in Between because it brought diverse women together to share their experiences.

According to Ramirez, Beauty, Brains and Everything in Between is “empowering” and motivating for students who may struggle at UCSB.

“There is a lot of struggles that we as women of color go through, not just with academics, but also how we see ourselves within campus,” Ramirez said. “It’s really helpful because we’re sharing our experiences.”

Sigma Theta Psi Multicultural Chair, Co-host of the event and third-year feminist studies and sociology double-major Carina Garibay said she feels categorized by her ethnicity instead of individual qualities. According to Garibay, university environments would benefit from professors and other faculty properly considering the needs of women of color.

“Professors have such an influence on how we feel on campus as well, as women and as women of color,” Garibay said.

“We’re looked down upon and not given much hope,” Solano said.

Second-year Chican@ studies and sociology double-major Casandra Phillips said institutional changes should include “seeing more women and women of color at a higher level” to promote students utilizing their resources.

According to Phillips, women of color should not “victimize themselves.”

“Yeah, we are women of color, but we’re just people like everyone else,” Phillips said. “I don’t have to prove anything to anyone but myself, I’m here for myself.”

“If there isn’t any representation of people that look like us, or people who think like us, or been through the things we’ve been through, then how the hell are they supposed to help us?” Rosales said.

[Correction: A previous version of this article incorrectly stated Regina Ramirez is a part of Sigma Theta Psi, however she is a representative of Hermanas Unidas and not a member of the sorority. The article has been updated accordingly.]