The Daily Nexus
Music
Interview with Classical Pianist and UCSB Professor Paul Berkowitz
October 20, 2015 at 5:00 am by Jordan Metz 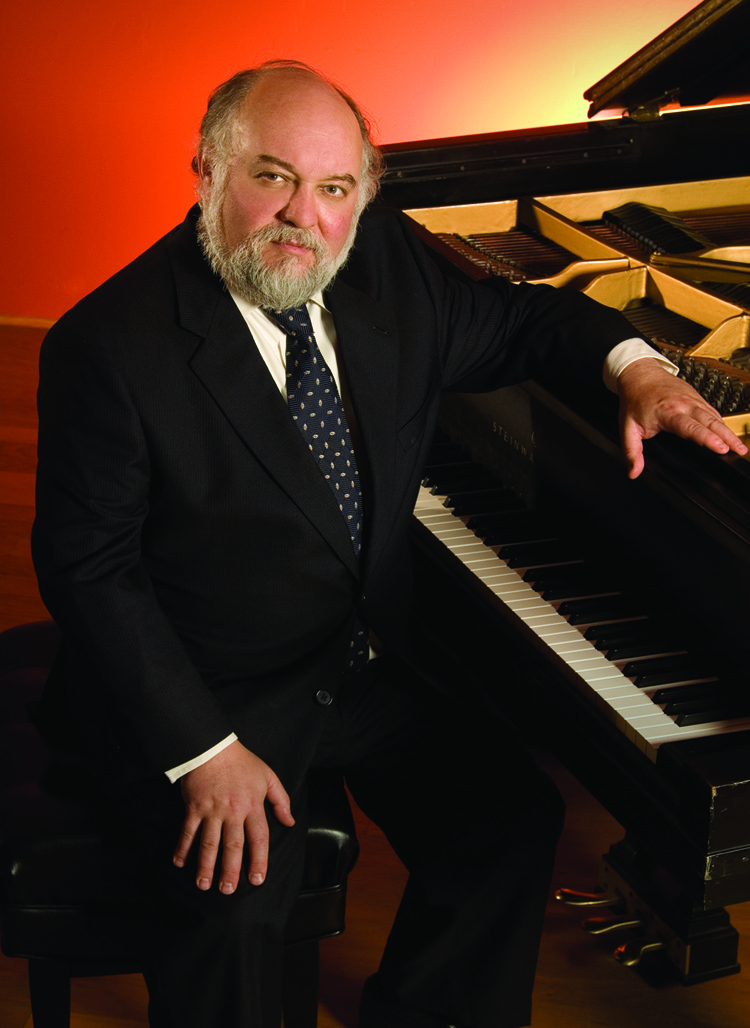 Experience Beethoven’s wildly adventurous 33 Variations on a Waltz by Diabelli, Op. 120, performed by UCSB’s own Professor of Piano, Paul Berkowitz on Friday, October 23rd at 7:30PM in the Lotte Lehmann Concert Hall. Professor Berkowitz will be presenting Beethoven’s last major work for piano in its entirety, with no intermission. Tickets are $10 for adults, $5 for non-UCSB students with ID, and free for UCSB students with ID and children under 12.

I spoke to Professor Berkowitz about his past musical experiences, his most recent recorded work, and why this particular piece by Beethoven is so challenging.

Daily Nexus: You were a student under Rudolf Serkin at the Curtis Institute of Music, how did your experiences impact the way you approach teaching here at UCSB?

Paul Berkowitz: He [Serkin] wanted to impress upon you, and this is something that has definitely stuck with me very strongly, is serving the music. Any way in which someone departed from that by being over fanciful or putting interpretations on top of the music, that was not right. Not having adequate technique to be able to carry out what you set out to do, that was not right. Well, most of us do not have that luxury. So I do not use that for a model for my teaching, but I do try to hold myself to those standards.

I do have quite a number of talented graduate students, and I try to get them to see to the heart of the music and not put personal things on top of it. That’s something we all do as teenagers, but you want to grow out of that a bit. I’ve probably given them a little more rope than my teacher, I hope I am a bit nicer. I’ve certainly learned patience over the years.

DN: You also have recorded all of the major works of Schubert’s on piano, a project you began in 1984. Your two most recent recordings and all earlier volumes will be re-issued very soon as The Complete Major Piano Works of Schubert. How does it feel to complete this immense project?

PB: You don’t usually get this opportunity, usually they want you to fill a particular hole of some obscure composer who has never been recorded before, but a record company approached me backstage at a concert in London in 1983 and they said, “We’d like to record you, what would you like to record?” I grabbed the opportunity, and I wanted to do the last three Schubert piano sonatas.

I grew up with Schubert. His sonatas were not part of the standard repertoire. I now feel I was very fortunate to come upon the pieces in books of music sitting on other people’s pianos. I didn’t have clear models for these [sonatas] but it allowed me to develop my own thoughts and feelings about them. As time went on, I went back to doing more of the those, and I think by the late 90s I had finished all of his completed sonatas.

It always concerned me in the back of my mind that there were other works of Schubert’s I had not done. So I went back to do the impromptus, and then I realized, well, there are only a few more works of Schubert I hadn’t recorded.

We have to keep renaming this series, now it’ll have to say, speaking very carefully, The Complete Major Piano Works of Schubert. And I think this is it.

DN: At your recital on October 23rd you will be playing 33 Variations on a Waltz by Diabelli, Op 120. What made you want to take on this difficult task and what can people look forward to?

PB: Beethoven is a very great composer. We’re always in the shadow of those who came before us. There is something very unique about Beethoven that you don’t get very often. These surprises and shocks that he puts in [his work]. With any other composer you can pretty much guess whether it is to be loud or soft, never with Beethoven. It’s not entirely to be shocking, it’s really in service of a greater whole.

It’s always a bit daunting taking on Beethoven, and I’ve never done this. Partly because it’s such a huge work and a very large undertaking, partly because its very difficult to get familiar with it. I have only heard it performed live twice in my life.

Aside from a few variations, it’s actually a very joyful piece and it has a great sense of humor. A few of them are actually funny. There’s a wealth of energy that we sort of forgot its there. Well, it shouldn’t be forgotten.

I do feel that it can be a little bit daunting for the audience because there’s no repetition between variations like in the big sonata pieces. It’s never familiar. It’s the most adventurous piece Beethoven, or just about anybody, has ever written, I think. Most of the variations are wildly contrasting, and he starts going very far afield with the different harmonies.

It is such a large-scale work, almost an hour. People have played a first half, taken an intermission and then played the second half. I thought, that might be too much on an audience, why not just present the work itself.

DN: Do you have any words of wisdom for somebody who would like a career in music like yours?

PB: It’s very hard. There are lots of talented people around, and even those who devote themselves fully to the music and are very deserving, there’s very few opportunities. There’s so much luck and good fortune as well as accomplishment involved.

But if you can’t imagine doing anything else, if you feel like you have to do it, well those are the people that should be doing it. Even then, you have to be realistic.

There’s no point being blind and saying, “Just follow your desires,” because you have to be ready for disappointment. But if you hold steady, and are very devoted you should get some opportunity along the way.