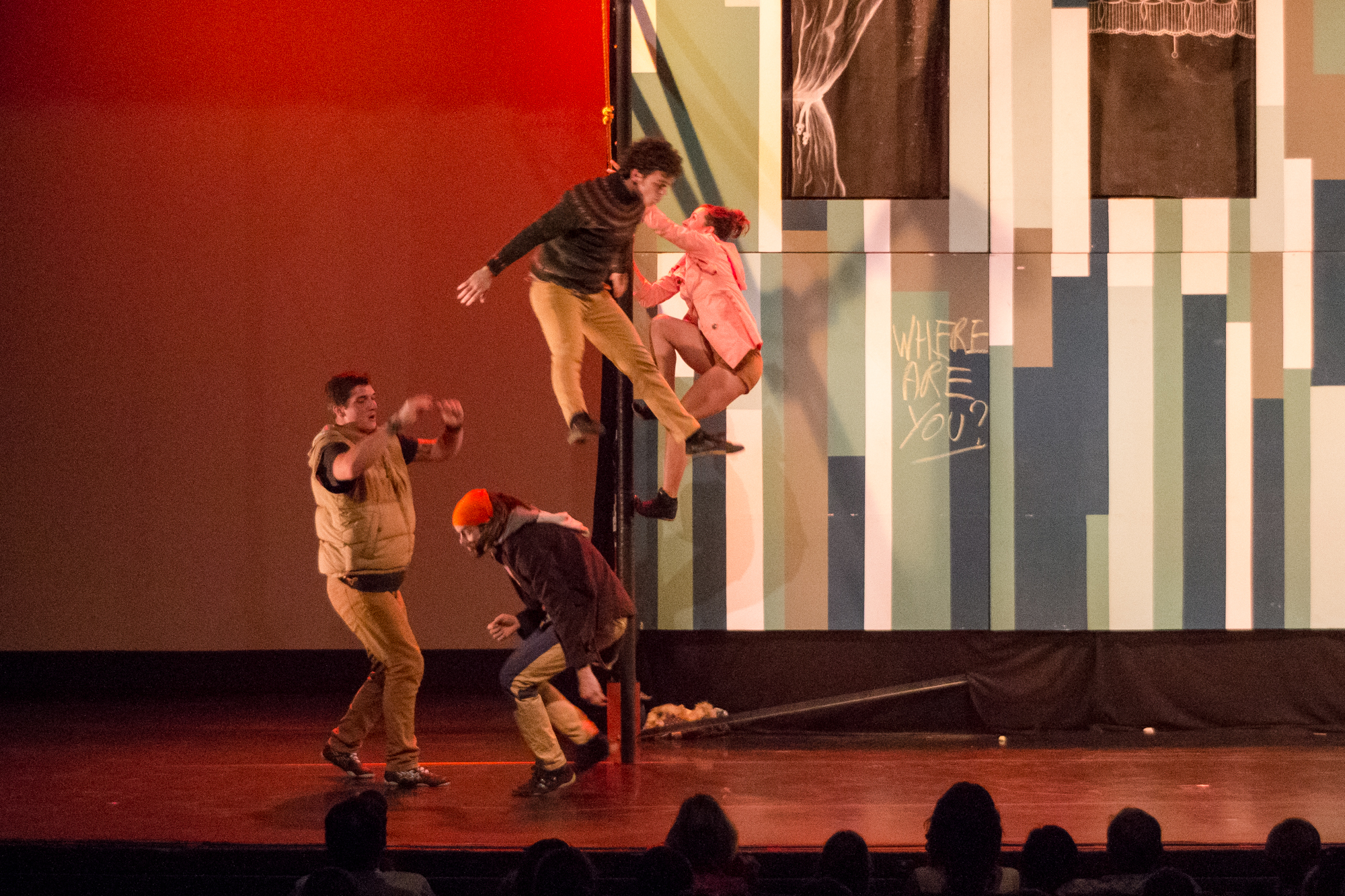 Flip FabriQue gathered families and students to UCSB ground when they came to perform their hit show “Catch Me” at Campbell Hall on October 11th. The famous circus company, inspired by Cirque du Soleil and Cirque Éloize, put on an outstanding and fun acrobatic act that ended in a perfect standing ovation.The company consists of 6 best friends: Jérémie Arsenault, Christophe Hamel, Bruno Gagnon, Hugo Ouellet Côté, Jade Dussault and Francis Julien. They are all pro circus artists and some are even previous members of Cirque du Soleil and Cirque Éloize. They first came out in 2011 have stolen hearts everywhere since.

Flip FabriQue’s primary purpose of shows is to display real emotions. They want to show friendship and feelings, which very much comes through. On stage, they troupe didn’t hold back the jokes and teasing as they played around with each other.

The show, “Catch Me”, is an international tour, which just started 3 days prior to the performance at UCSB and will continue until December 1st. It was advertised around Santa Barbara area as “family fun.” An anonymous audience member stated her reason for coming was that she “saw it on the brochure and wanted to have a fun time with her family”.

The Arts & Lectures department at our very school was aiming for just that when they invited Flip FabriQue to perform. Their campaign motto for the year is “bold moves and big ideas”, which is exactly what the show was about. They aimed to make an affordable, family fun event for people of all ages to enjoy.

Balloon animals and face painting preceded the 70-minute performance for the children while they waited for the acrobats to take the stage. But once everyone was seated, all eyes were on a the blue light illuminating the stage.

Audience member and big fan of Flip FabriQue, Kyle Yonemura, said “They were from Toronto, which is also the birthplace of Cirque du Soleil.” He continued to express that he had “high expectations of the show since all the others had been amazing.”

Another audience member, Mark Mansfield, said, “I heard the show would be amazing” and was planning on “comparing it to their pervious shows, ‘Milkshake’ and ‘School House Rock’.” He had taken his elementary age children to see both of them before and had come again to see the company because of his daughter’s love for the performances.

And it’s the kids’ love that the performers aim for through silly jokes and dramatic facial expressions. Although they did add in some crude innuendos for the parents, the show primarily consisted of hula-hoops, juggling, and aerialist tricks intended to awe the young children. The first flip, by Dussault, happened not even 5 minutes into the show and left everyone with jaws hanging and cheers erupting.

The show continued with various little skits, including an ice cream eating contest, and a miming show, in which two performers mimed the sounds that another two made with a boom box and microphone.

Although Dussault was absent in many of the more intense tricks, one of which involved Gagnon doing flips and landing on the outstretched hands of his friends, she was nonetheless just as stunning as the rest of them. Dussault showed her expertise during her hoola-hoop performance, in which she succeeded in spinning over 6 hoola-hoops at the same time.

“Catch Me” was a wonderful performance that left much, if not all, of the audience in awe and had them cheering out each time there was an astounding trick. Flip FabriQue had no trouble in capturing the hearts of the audience and making it a fun, family day for everyone to enjoy together. 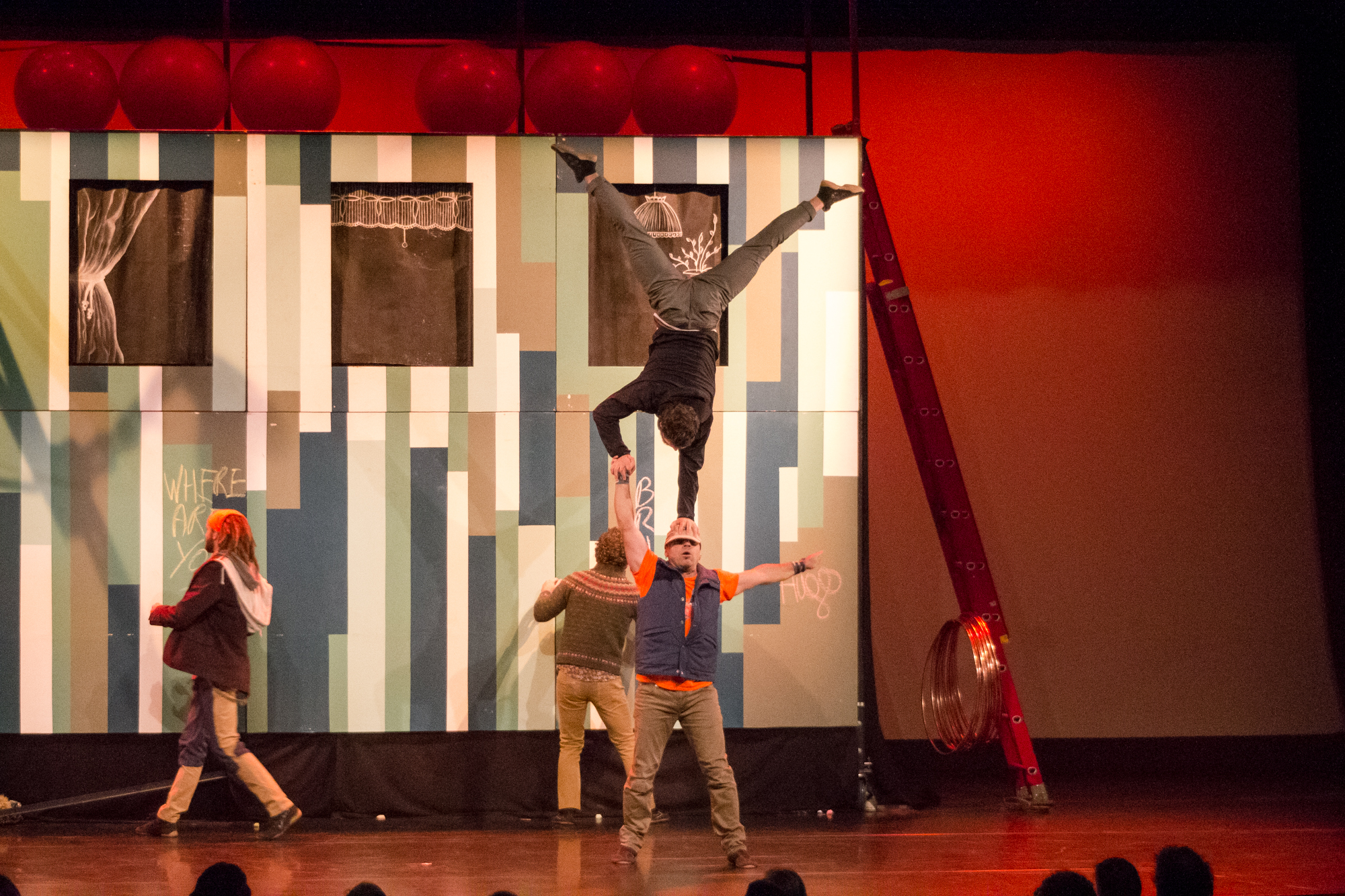