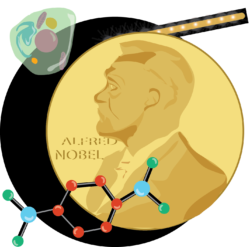 The Nobel Prize recipients were announced last week, and prizes for science were awarded in the fields of physics, chemistry and physiology or medicine. The three categories of awards were split among eight individuals, whose breakthrough research and dedication in these fields has contributed in advancing the scientific world.

The Nobel Prize in Physics

The Nobel Prize in physics was awarded to Takaaki Kajita and Arthur B. McDonald for their discovery of neutrino oscillations, which proved that neutrinos do in fact have mass. Kajita, a Japanese physicist and Director of the Institute for Cosmic Ray Research, along with his team, found that neutrinos resulting from cosmic rays hitting the Earth’s atmosphere alternated between two flavors before reaching the detector under Mt. Kamioka. On the other side of the world, Canadian astrophysicist Arthur McDonald conducted experiments at the Sudbury Neutrino Observatory that revealed similar results to Kajita’s observations.

The Nobel Prize in Chemistry

The recipients for the Nobel Prize in chemistry include Tomas Lindahl, Paul Modrich and Aziz Sancar, awarded for their “mechanistic studies of DNA repair.” Lindahl, a Swedish scientist specializing in cancer research, was the first individual to isolate a mammalian DNA ligase and discover a unique class of enzymes in mammalian cells. Paul Modrich, professor of biochemistry at Duke University, conducted experiments in his lab which demonstrated how DNA mismatch repair serves as a copy editor to avoid errors from DNA polymerase. Sancar, a Turkish American biochemist and molecular biologist, created repair maps for general repair for the entire human genome using normal human fibroblasts. The combined efforts of these scientists has allowed for a better understanding of DNA repair, which is essential in the study of genetic mutations.

The Nobel Prize in Physiology or Medicine

The first half of this award is shared jointly by William C. Campbell and Satoshi Omura “for their discoveries concerning a novel therapy against infections caused by roundworm parasites.” The other half of the Nobel Prize is awarded to Youyou Tu “for her discoveries concerning a novel therapy against Malaria.” Campbell and Omura led the discovery of avermectin, a treatment for roundworm parasites. Tu specifically formulated one of the most effective treatments for malaria. Under the request of Vietnamese ruler Mao Zedong, who recruited Tu to find a promising treatment for malaria, an illness sweeping the North Vietnamese troops in Vietnam, Tu successfully led a group of scientists to develop the treatment. The discoveries of all three scientists have allowed for a breakthrough in treating the most parasitic