The Daily Nexus
News
Bake Sale Raises Funds for Syrian Refugees in Need
October 15, 2015 at 5:26 am by Effie Sklavenitis 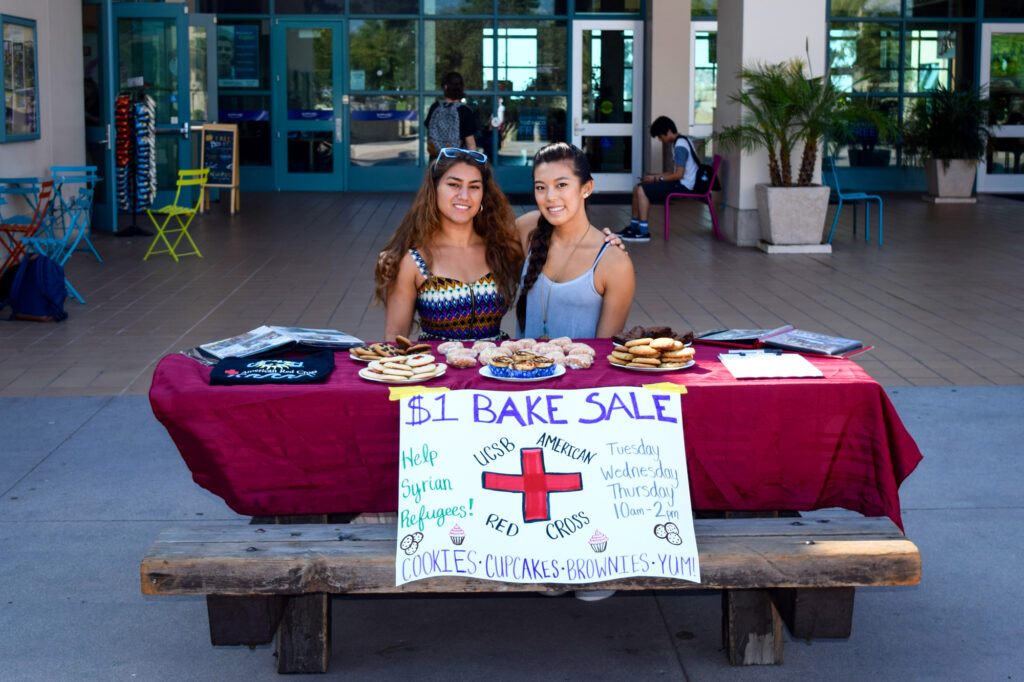 UCSB American Red Cross is hosting a bake sale in front the UCen Tuesday through Thursday to raise money for Syrian refugees.

Over 70 goods were baked in preparation for the first day of the sale, including candy corn-shaped Rice Krispy treats, brownies, apple rose pastries and peanut butter, sugar and chocolate chip cookies. Last year, UCSB American Red Cross held a bake sale to raise money for victims of the earthquake in Nepal.

“We are trying to support the Syrian refugees,” Liu said. “The American Red Cross, along with UNHCR, is providing food, shelter and anything that these people who are coming from a country in chaos may need.”

“When we do the bake sale, we try to choose something that’s current, and we want something that a lot of people care about because it’s an occurrence that is happening on such a large scale,” Halaweh said.

According to Halaweh, the American Red Cross is working to pair new refugees with other refugees who have been in the country for a while to provide an understanding of what it’s like to come from a war zone.

“We are always looking out for others and are very aware of what is currently happening in the world around us,” Onevathana said. “I was stoked to see the creative baked goods only being sold for a dollar because what better way to support by contributing to the cause than to enjoy delicious pastries at the same time? It’s a nice way for UCSB students to send aid during this time of crisis.”

Halaweh said the bake sale is one of her favorite events the club hosts because fundraising is one of the three main tenants that the club adheres to in addition to volunteering and offering certification courses.

“It just feels good to raise money for Syrians refugees who have been huge on the news recently,” Halaweh said. “It’s great to see the campus come out and support them.”

Thanks to all of you who staffed the bake sale. : )