The Daily Nexus
Music
Thundercat Brings Special Brand of New Age Psych-Jazz to SOhO
October 14, 2015 at 5:00 am by Ricardo Moreno 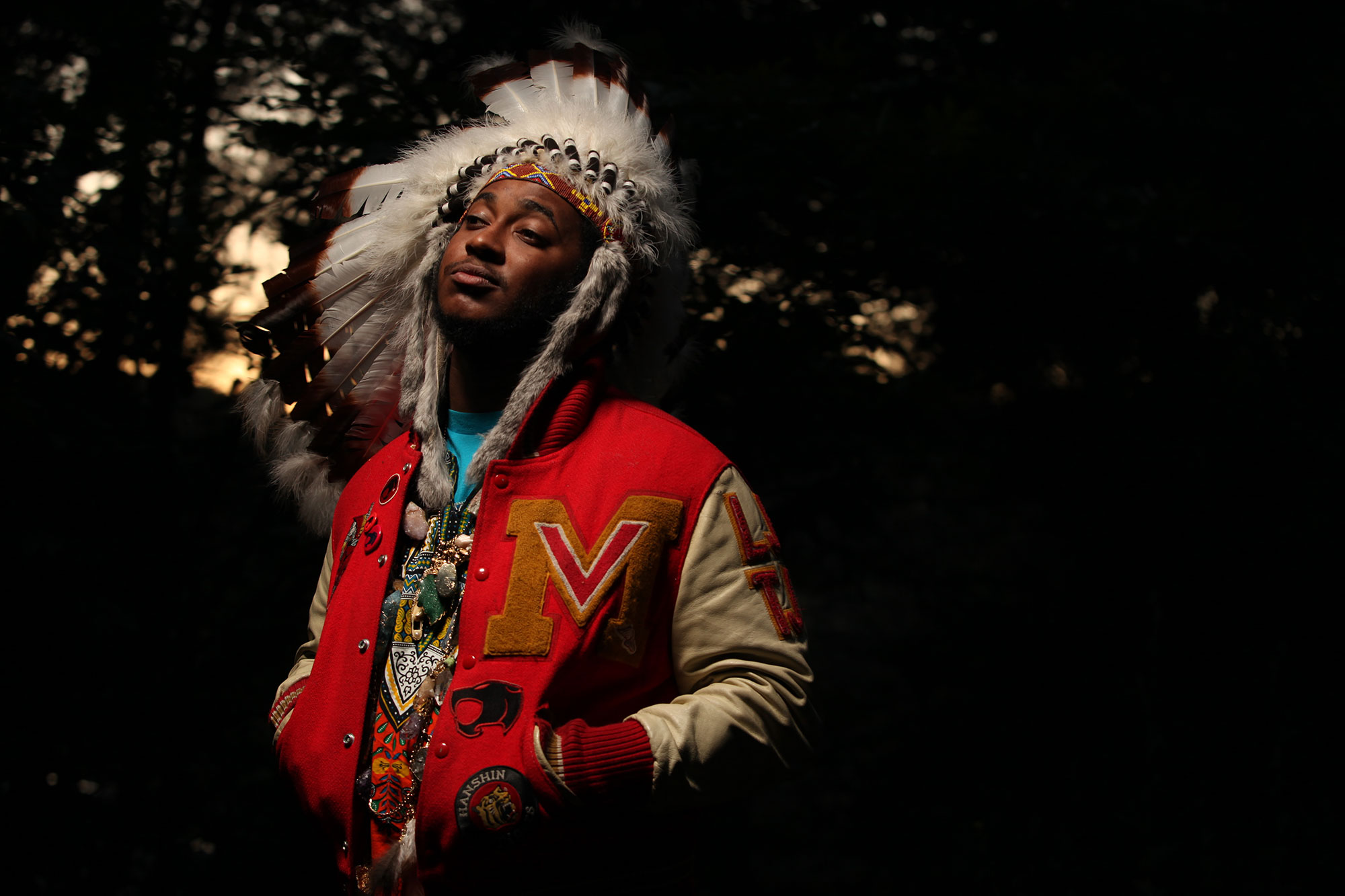 Red lights, sweat and heavy bass filled the room Saturday night at Velvet Jones on State Street, along with black-and-white images of guitar players, some Muppets and an enlarged image of a guitarist flipping the bird at everyone walking in, setting the mood of what was to come.

Stephen Bruner, well known by his alias “Thundercat,” has been making a name for himself in the last few years by collaborating with well-known artists such as Kendrick Lamar and Flying Lotus. Hailing from a family of world-class jazz musicians, Bruner embraces his jazz roots and mixes them with hip-hop, pop and funk to create a unique sound.

Before Thundercat took the stage, Brainfeeder labelmate Mono/Poly injected energy into the crowd by sloshing and layering beats and chords together with deep bass. He had the room bouncing up and down after the first song.

Soon Thundercat stepped on stage wearing a tattered black shirt and Mumm-Ra hat — a villain from the Thundercats television show. Following him was keyboardist Dennis Hamm and drummer Largis Miles; the crowd was electrified, chanting “THUNDERCAT! THUNDERCAT!” Without introduction or hesitation, he picked up his rather large, orange six-string hollow-body Ibanez bass guitar and played a quick lick, jumping into “Lone Wolf and Cub” from his newest album The Beyond/Where the Giants Roam.” His unusual six-string bass allowed him to play complex and rich jazz chords in both high and low registers.

After his first solo, one thing was apparent — Stephen Bruner is a monster. He played licks faster than his keyboard player and was on par with his drummer. With virtuoso-level technical abilities on bass and vast creativity, Bruner repeatedly amazed the audience with his ferocious lines. However, Hamm and Miles showed their own musical chops, playing tasteful chords and rhythms during their own solos. Communication was key to the band’s spectacular performance. Bruner focused intensely on Miles and Hamm as they focused back on him, listening for every chord, rhythm and dynamic played.

The crowd was grooving; there were a few still bodies, but none remained after the trio played “Them Changes.” By the time the chorus hit, everyone was dancing. Sweaty rockers in Led Zeppelin shirts were bumping into one another, trying to move their bodies in the cramped audience, eventually starting a mosh pit on one side. However, the dancing continued freely on the other side.

Besides commenting about the heat and how “the mic smells funny,” Thundercat seldom spoke with the audience in between songs. Another time, he mentioned how he was “surprised more people [weren’t] drunk,” commenting that if he was in our position he would be, which got a big laugh from the audience.

During songs, Bruner would play small bits and pieces of some popular songs from previous albums such as Daylight, and collaborative tracks with Flying Lotus like “Mmmhmm.” He even tried the “Adventure Time” closing theme. A few fans of the show noticed and cheered and laughed.

As the concert was came to a close, Thundercat, Hamm and Miles thanked the audience for the support and exited stage. Soon after, the audience began chanting “ONE MORE! THUNDERCAT!” in unison. This went on for two minutes, with some people giving up the refrain as others were starting up. To the delight of audience members, Bruner and the rest of his trio returned to the stage and performed a few more songs before singing a goodbye.