The Daily Nexus
Opinion
The Role of College: How Important is the Ivory Tower?
October 9, 2015 at 1:01 pm by Sabrina Hodjati 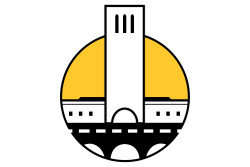 The role of higher education in the United States, namely public tax-payer funded colleges and universities, is regularly disputed. Such dispute is usually ignited whenever a college attempts to do something good, such as impose a diversity requirement or require that students take a class on harassment and sexual assault. The comment sections of articles quickly grow aflame with the fury of local WASPs and born-again Christians from Idaho as they express their utter disgust that a publicly-funded institution impose such “liberal, left-wing, flaming homosexual agenda” on innocent, untainted 20-year-old minds. How dare the University of California force a voting citizen of the country to evolve past their sheltered elementary school education and learn that those white guys back in the 1700s didn’t really “spread modernity” and share harmonious, song-filled feasts with their colored brethren? Preposterous. When they aren’t busy spouting bible verses onto social media or speculating that the president of the United States is the mastermind behind a terrorist conspiracy, these people can usually be found trying to revert our education system into its original white, exclusionary mold that helped so many wealthy white males get to their prospering careers in investment banking or politics. While the vast majority of these comments and objections serve only as testaments to the vast ignorance plaguing the U.S., they do bring attention to the fact that higher education doesn’t serve the same purposes it did generations ago, and that many schools aren’t evolving on pace.

If anything, college represents a constant and harrowing reminder of reality, of our government’s profiting off our loans, of inexplicably rising tuition costs, of class differences and socioeconomic hierarchies, of the job and housing market accessible only to the privileged after graduation.

From what I’ve understood from my college-educated neighbors and family friends, college used to be a place where, for a whopping $1,000 per year, one got to explore different fields, revel in intellectualism and delve into introspection. After a college degree was procured, the (probably white and affluent) graduate could call up an old friend of dad’s, or an old roommate, and climb the corporate ladder into financial security and eventually a family life. If the student aspired to be a doctor, lawyer or professor, he or she could dole out a couple thousand more and get the needed degree at little-to-no financial risk. The four years of college truly served as a haven from the rest of reality, a place where one could focus primarily on being young, on being curious, on being fluid and unsure and evolving. Fast forward to today, and college still serves many of those purposes, but it does not at all serve as a haven from the rest of reality. If anything, college represents a constant and harrowing reminder of reality, of our government’s profiting off our loans, of inexplicably rising tuition costs, of class differences and socioeconomic hierarchies, of the job and housing market accessible only to the privileged after graduation. And as we have supposedly democratized higher education, we have invited into the lives of a more diverse student body a flurry of more issues.

So, given the state of our economy and job market, and given the ridiculous hikes in tuition of both private and public institutions, should colleges still just be incubators of intellectualism and curiosity? The University of California prides itself on preparing us for graduate school, for producing researchers and academics, for not having an abundance of vocational majors like “finance” and “business administration” that breed cogs in the corporate wheel. Our Berkeley campus has majors in peace and justice studies, our own Santa Barbara campus has a flourishing sociology program, our Davis campus constantly innovates in sustainability and environmental science and our Santa Cruz campus is a haven for discussions of literature and art. But in today’s day and age, should we keep investing in programs like American Studies and keep distancing ourselves from providing majors, or at least minors or certificates, in practical and vocational fields? The UC, and its tuition and housing fees, make it unrealistic for the thousands of graduates to pursue careers as “thinkers” or activists or unpaid interns in NGOs or grassroots projects in underserved communities. I personally would enjoy a life of fulfillment through advocacy work of some kind, but devotion alone can’t pay the bills.
We aren’t alone, or in bad company in this struggle, but some other institutions have an advantage that we lack. Schools like Columbia or Dartmouth also hesitate to provide vocational majors, but by reputation alone have created a streamline to Wall Street consulting and investment banking firms for those liberal arts majors without bright career prospects. It was a strange day when I caught up with my neighbor who attended Cornell, majored in ethnomusicology and just took a job doing mergers and acquisitions for Morgan Stanley in NYC. The UC, with the exception of Berkeley Haas, lacks such a pipeline and safety net to the world of shitty rich people, and thus our ethnomusicology majors can more likely be found miserable in law school or miserable in their parent’s basements. The consequence, besides a generation of indebted and unemployed “thinkers,” is that so many of these bright people turn to the closest thing they can find to a vocational major, like econ and accounting, computer science (which the UC makes it impossible to transfer into if you haven’t been admitted into the major), financial math, stats and other majors that don’t propel our society forward so much as ensure its stagnancy.

The solution may not be in the hands of the UC, and may very well be beyond its reach. Should the rest of the UC follow suit with Santa Barbara and provide a technology management program and professional writing minor to supplement students’ humanities degrees? Should the UC provide more majors in business econ, finance, business admin, etc. to help get our many low-income and first-generation students off their feet, out of their loans and into the middle and upper-middle classes? Or should the UC preserve its dignity as a research institution dedicated to intellect, and simply leave the world of academia and research to those who can afford it?

UC provides a lot of technical and business education. For example, the largest major at UCSC (6.1% of the students) is business management and economics.

It is possible (at UCSC, anyway) to declare computer science as a major in one’s second year, though one does have to have taken sufficient courses in the major to be able to complete in 4 years.