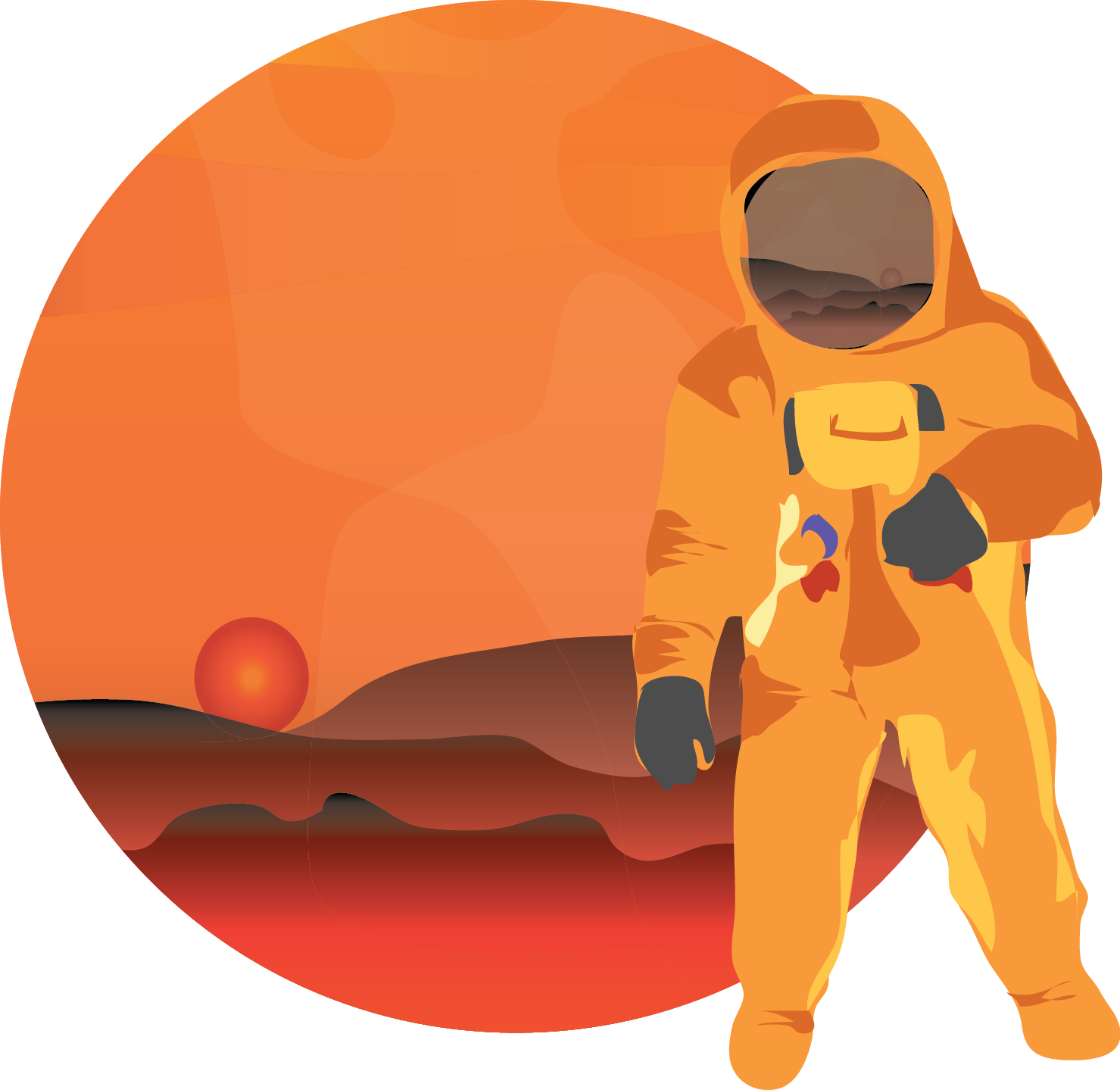 I will not deny it; writing that headline was somewhat painful. But it’s true: “The Martian,” the adaptation of Andy Weir’s novel, is pretty damn good as a matter of fortunate fact. And, even better, it stands out amongst the other two prominent extraterrestrial survival flicks of recent years, “Gravity” and “Interstellar.”

Honestly though, that’s not exactly impressive in “Interstellar’s” case; despite its wonderful effects and TARS (my favorite movie robot), the film still ended up being predictable and had a plethora of ridiculous moments. The moment Matt Damon’s character started espousing philosophy out of nowhere to Matthew McConaughey, I started counting down to his inevitable homicidal breakdown. Dr. Mann became a cliché.

Mark Watney, in contrast, is wisecracking, extremely competent and intelligent and just a downright pleasure to watch. He goes against the typical characterization of scientists being stuffy and antisocial bores and does stuff like proclaiming himself a space-pirate and taking a goofy picture of himself for all of Earth to see. The combination of Damon’s committed, charming performance and the tight writing successfully establishes Watney as the emotional centerpiece of the movie. It almost does it too well; I could do with another movie of him hanging out on the red planet. Make it happen, Ridley!

Speaking of which, “The Martian” is Mr. Scott’s first sci-fi endeavor since “Prometheus,” and it shows in some familiar ways. While both films feature nigh identical dust storms, the wide, beautiful shots of Mars’s landscape (Was it CGI? Enhanced imagery of Earth? I couldn’t tell initially, and I loved that.) provide substantial visual eye candy. As we watch Watney’s rover trudge across the red planet, tiny against the glowing, inhospitable surface, we are reminded of how staggeringly the odds are stacked against this lone man.

But the extraterrestrial Robinson Crusoe isn’t alone; a brilliant ensemble cast backs him up both on Earth and in space. Jeff Daniels, Chiwetel Ejiofor, Sean Bean, Benedict Wong, Donald Glover and Mackenzie Davis make up the haggard NASA scientists struggling against the clock to find out how to send supplies or rescue Watney before his food inevitably runs out. There’s a very sharp dynamic here as we see these people try to help the astronaut (more to avoid public scrutiny than for the sake of his wellbeing) by pooling together resources and ideas both sensible and innovative. Although Earth does feel crowded at times, each character gets a standout moment. Not once did I think, “It would have made no difference if this character had been taken out.”

And, up in space, Jessica Chastain (another “Interstellar” alum), Michael Peña, Sebastian Stan (both Marvel vets) and Aksel Hennie play Watney’s intrepid crewmembers forced to leave him behind. Like Watney, this group is also a bunch of smart wisecrackers, and the chemistry between them is absolutely sublime; we care about them and like watching them interact with each other. Both of these kinds of dynamics were absent from “Gravity” and “Interstellar,” the former’s case because there were only two characters and the latter’s case because “Interstellar” was, as Immortan Joe would say, “MEDIOCRE!”

But to be honest for a moment: It’s pretty easy to praise a film when you compare it to other ones that lack in certain qualities. And while that may admittedly seem, in a sense, cheap, I think it shows that Ridley Scott managed to craft a film that manages to rise to the top of the sci-fi genre scene by giving us a movie that makes survival fun for once. “The Martian” has become the fifth film I’ve ever wanted to go back and see twice and the second this year. I have only one negative thing (if you can call it that) to say and it’s actually a concern.

The other four are “Godzilla,” “Fury Road,” “Prometheus” and “Ratatouille.”