Student leaders are confident that moves to establish a board of local representatives for I.V. will be successful 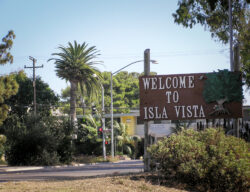 Isla Vista residents will have a say in whether or not the beach town will become a Community Services District (CSD). Until the November 2016 voting period, studies will be conducted to determine how financially plausible this plan is. Online Stock Photo

In November 2016, I.V. residents will vote on the establishment of I.V. as a Community Services District (CSD) governed by a board of local representatives, which would determine local services and infrastructure projects. If approved by voters, the CSD would be funded by a Utility Users Tax (UUT), which taxes residents a portion of their utility bills. Until November 2016 the Santa Barbara County Board of Supervisors and the Santa Barbara Local Agency Formation Commission (LAFCO) will conduct an analysis of the financial feasibility of a CSD for I.V.

Field representative for Williams’ office and UC Santa Barbara alumnus Cameron Schunk said the next step for Williams’ staff will be to assist the Board of Supervisors and LAFCO in their feasibility study to provide reliable information for 2016 voters.

“The way the bill is written, it goes to a vote regardless of what LAFCO’s analysis says,” Schunk said. “Our hope, though, is to work as closely with LAFCO as possible to get the best possible analysis, which provides usable and accurate information. This really gives voters confidence when they go to the ballot, one way or another.”

According to Schunk, representatives from Williams’ office will continue to educate residents about the CSD in stakeholder meetings every Tuesday night in the I.V. Clinic.

“As far as our Tuesday night meetings, we fleshed out a schedule of events where we will be delving deep into each of the services, fleshing out how the community would like to see them enacted, what sort of contract we would want to draw out and how much we would be looking to spend on various things,” Schunk said.

Associated Students External Vice President of Local Affairs (EVPLA) and third-year history of public policy major Paola Dela Cruz said her office will be working to educate students about the advantages of a CSD in I.V.

“A large part of this, of which the EVPLA office is going to take part, is voter education,” Dela Cruz said. “I hope to inform students of the benefits of AB 3 and also anything that might affect them.”

“We’ve got to support any people, power and financial resources we can to ensure that it’s a successful election and start it right,” Villarreal said. “There are people who haven’t heard [about a CSD], so we want to continue with the educational process.”

According to Santa Barbara City College Trustee and UCSB alumnus Jonathan Abboud, the 50-year-old movement for I.V. self-governance recently gained momentum because of support from I.V residents, the university, elected officials and other local agencies.

“In the past, there were entities purposely road-blocking the efforts — LAFCO and the university were actively against those efforts and Isla Vista was powerless against these established organizations,” Abboud said. “This go around, we have a lot of allies that have really assisted us in getting this through officially.”

Abboud said he is “cautiously optimistic” I.V. residents will vote in favor of a CSD.

“I think that the community has had enough with the status quo,” Abboud said. “There’s a lot of energy to change the status quo and this is a chance to do so.”

A version of this story appeared on page 1 of the Thursday, October 8, 2015 print edition of the Daily Nexus.

However, rather than updating storefront facades and making other superficial improvements to down-down Isla Vistas appearance as proposed in the recent “master plan”, maybe functionality should be given first priority instead?

For example, it might be wiser to give precedence to functional, safety needs, such as the need for brighter, night-time lighting along the walkway cutting through the main park, as well as in and along other pedestrian-busy areas radiating away from down-town, so that women, children, the disabled, and the elderly can feel safer when walking around downtown I.V. at night?

Safety is important, but I am going to have to disagree with you on the brighter park lights for one reason: the animals. There are a lot of critters that live in that central park. If it is too bright during nighttime, it may disturb some of the wildlife. I am all for brighter lights SURROUNDING the area AROUND the park, but not through the park.