The Daily Nexus
Opinion
An Awkward Wednesday Hump: Thursday Edition
October 8, 2015 at 5:00 am by Opinion Editor 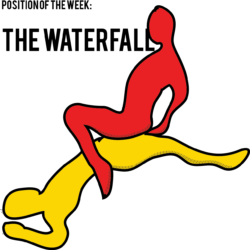 It was my first night in Santa Barbara. I had some obvious expectations of how my first year would go, perpetuated by the “party school” stereotype. I thought there would be plenty of drinking, plenty of weed and a moderate amount of casual hook-ups. I didn’t expect all of this on my first night, but when in Rome …

The night seemed to be going pretty normally. My friends and I went to a friend of a friend’s apartment; there was music and booze and boys. I was a happy camper. I was especially happy when one of these boys was actually talking to me. No, he wasn’t just talking to me. He was being nice to me. Nice. Of course, he offered to walk me back to my dorm and we found out we were both staying in FT (Stupid Fuck Towers). At this point, I was having a pretty good time. So when he asked if I wanted to watch “Harry Potter” with him, the only appropriate response in my mind was “Why wouldn’t I?” But let me tell you, Netflix and chill is a trap.

I sort of expected we would end up kissing, and I was cool with it. Our shirts were off and he wasn’t a terrible kisser. I thought it was going to be one of those average make-out sessions that you quickly forget (or try to forget) within a few weeks. Then, oh how sweet, he lays his hand against my neck and tells me I’m pretty. It could have been a scene from a shitty teenage rom-com. Until there was nothing romantic about it anymore. At first I was uncertain if it was really happening, but after about thirty seconds there was no mistaking it. This kid was choking me. Choking me. Tension in his hands and pressure against my trachea. Needless to say, I freaked out. I had one of those damn-it-my-parents-were-right moments. When I inquired of my partner his goal in strangling me, he said he was into BDSM and wanted to try it with me.

If you’re anything like me, the only experience you have had with this mysterious sexual culture is a poorly-written “Twilight” fan fiction that took over popular culture this past Valentine’s Day season. Yes, I am referring to the infamous “Fifty Shades of Grey.” I’m sure the book series and subsequent movies have sparked interest in thousands of people. According to the highly credible magazine “Cosmopolitan,” S&M is now making its way into the mainstream. After experiencing a glimpse into this realm firsthand, however, I thought I would look into the subculture a bit more.

However, I also found that this subculture stresses the importance of mutual respect and consent. Consent as an active conversation before and during any sexual activity in which partners discuss their fantasies and boundaries, to be more specific. Basically, you need to ask somebody if any sort of BDSM practice is okay with them before you start to practice with them. Without this conversation, somebody could think that you are trying to suffocate them while “Yer a wizard, Harry” is coming from your laptop. Yeah, we barely got through the first scene of the “Sorcerer’s Stone.” Even the seductive and successful Christian Grey was polite enough to give Anastasia a full orientation session, complete with a signed contract, and took her in a helicopter before touching her in any unconventional way.

I learned two things from this interesting experience. First, I would highly recommend getting to know any potential partners before you go to their rooms in the middle of the night. And secondly, “Fifty Shades of Grey” is actually not quite as terrible as I previously thought. You guys should give it a chance if you haven’t already.

Jordan Metz reminds you to see if your sexual partner consents to your kinks before getting down, especially if strangulation is your preferred foreplay.