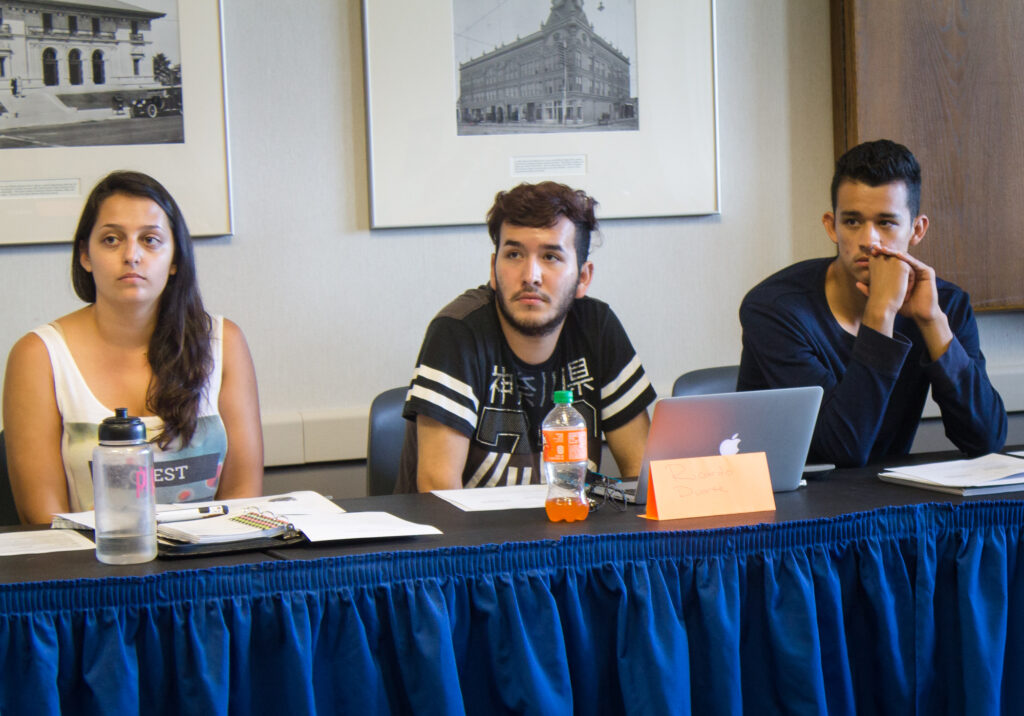 Delta Sigma Pi requested $656 for a campus event and $2,300 to send five members to the Leadership and Excellence Academies for Deltasigs in New Mexico.

Delta Sigma Pi member Austin Kang said the group’s first request was for an Oct. 23 event to educate UCSB students about the nonprofit organization Liberty in North Korea, which helps North Koreans escape to other countries.

“We are hopeful that [this event] will bring awareness about the condition and the situations that people in North Korea live in,” Kang said. “There is going to be at least one refugee that will speak.”

KCSB representative Matt Merritt requested $2,000 for Hello World!, a music festival on Oct. 10 in Anisq’Oyo’ Park that will feature Scientist, The Lions and Cornerstone.

“We are bringing these groups, musical groups, from all around the world to come and perform,” Merritt said. “We are educating the community on these groups and their cultures. And then also educational in the sense that we are bringing members of our own community in one place to appreciate and discover each other’s culture.”

The committee voted to fund the club $1,460 for a band, refreshments and Community Service Officers (CSO’s) at the event.

The committee voted to fund the club $2,120 to hire professional dancers for the event.

Transfer Student Alliance requested for $426 for their first general meeting on Oct. 14 in the Student Resource Building.

The committee voted to fully fund the group for its upcoming event.

“He is working with other student groups and OSL groups,” Koo said. “He could just come in next week.”

The committee voted to table Magaña’s request until its Oct. 12 meeting, suggesting he seek other funding options throughout the week.

Foran said the conference is an opportunity to educate students who are not taking classes about environmental issues.

“Certainly this is something that should be of great interest to our students in a number of other classes on campus,” Foran said.

The committee then voted to grant UCSB Students for Bernie Sanders the $175 it requested for a Democratic presidential debate viewing event Oct. 13 in the Hub and to grant BSU the $590 it requested.