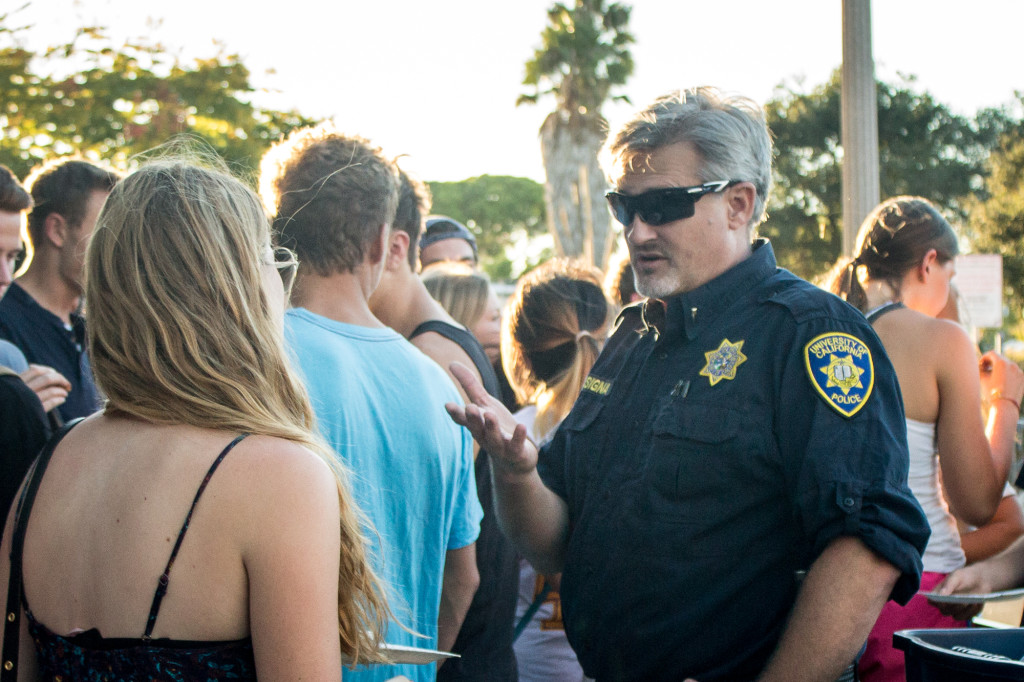 UCPD Lieutenant Mark Signa said a noise ordinance will be in effect beginning at 6 p.m. during Halloween weekend, largely due to the behavior of out of town visitors who come to I.V. to celebrate the holiday.

“It’s more reactionary to people who are from out of town walking in public making noise or resident’s blasting music towards the street than it is to private house parties,” Signa said.

Signa said he hopes the number of people coming to I.V. for Halloween continues to decrease.

“Halloween and Deltopia have certainly died down in the recent years,” said Signa. “We would like to keep it that way for the safety of our neighbors.”

“Lock your house and car doors,” Reyes said. “Secure your belongings. We deal with a lot of preventable burglaries.”

College of Letters and Science Senator and third-year history of public policy major  Ashcon Minoiefar helped organize the event and said Pizza with Police has been very successful. UCPD and A.S. will be hosting the event every other week in October with a follow-up event after Halloween, according to Minoiefar.

“Pizza with Police went very well,” Minoiefar said in an email. “Since Lt. Mark Signa and I started the event last Halloween, it has consistently brought in 100-200 attendees every time.”

Minoiefar said Pizza with Police “gets students interested” in public safety and could encourage them to volunteer for community policing programs such as UCIV which is active during Halloween and Deltopia weekends.

“Creating a culture of community policing and community involvement in public safety, is the first step to moving away from harsh enforcement and high rates of tickets,” Minoiefar said in an email.

Fourth-year biology major Manu Chopra said his interactions with officers at the event caused him to see them, specifically Reyes, as more that “just a police officer.”

“Just hearing his stories of past experiences on the force humanized him,” Chopra said.