The Daily Nexus
Music
Neil Young to Perform at Santa Barbara Bowl This Saturday
October 5, 2015 at 7:19 pm by Jack Wallace 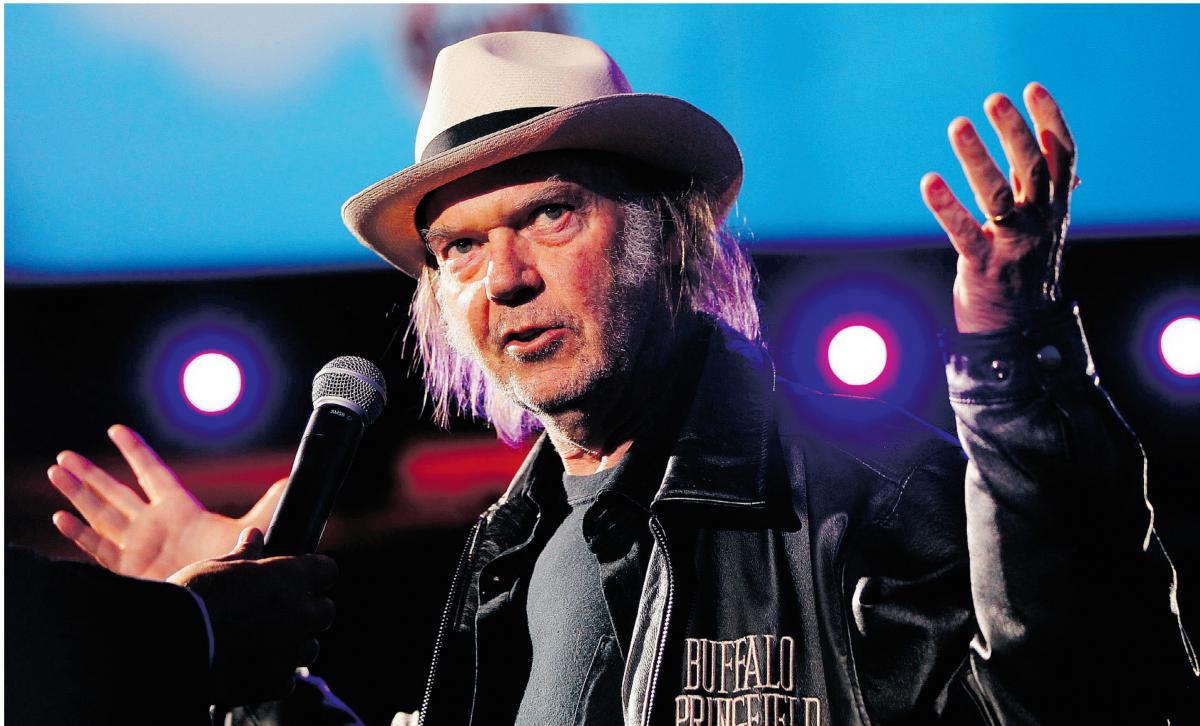 Timeless purveyor of folk wisdom and noted environmental champion Neil Young has launched another world tour following the June release of his latest studio album, The Monsanto Years. As part of this tour, the wind-burnt Canadian singer-songwriter will take the stage at SB’s Santa Barbara Bowl on Saturday, Oct. 10, along with newly formed backing band Promise of the Real.

Born 70 years ago in Toronto, Canada, Young has assembled what could be called one of the longest and most prolific careers in modern folk music. Working with everyone from Rick James to Joni Mitchell, Young has developed an impressive collaborative catalog in addition to his solo work. His first period of musical success began in Los Angeles, with the formation of Buffalo Springfield; the group wrote one of the most popular protest songs of all time, “For What It’s Worth,” and has been partially credited in creating the genres of folk rock and country rock. Buffalo Springfield have since been inducted into the Rock & Roll Hall of Fame, representing one of Young’s unbelievable two inductions.

It is widely believed that Young’s best work flourished out of his extensive solo career, following the release of 1970’s heartstring-tugging powerhouse After the Gold Rush and 1972’s Harvest, which has been named as “Canada’s Best Album of All Time.” Both records are certified platinum in multiple countries and are largely responsible for Young’s induction into the Rock & Roll Hall of Fame.

Amidst intermittent hiatus and various experimental periods, the singer-songwriter has continued to release many hit singles throughout the past several decades, including “This Note’s For You” and “Rockin’ in the Free World.” The latter, a song critical of many of George H. W. Bush’s conservative policies as president, actually appeared in the news earlier this year when increasingly bumbling Republican presidential candidate Donald Trump played it at one of his campaign rallies, mistaking the song for a freedom-lovin’, American anthem.

This world tour has received rave reviews so far. His backing band also deserves their share of the hype; Promise of the Real have an impressive repertoire of their own. Sporting two of Willie Nelson’s flesh-and-blood progeny, the group was heavily featured on this year’s The Monsanto Years. One reviewer reported, “The band plays like a younger, scrappier version of Young’s own Crazy Horse,” which is some of the highest praise a band backing Neil Young in this day and age could expect. The group is expected to cover a mix of Young’s older and newer material, and this is likely to be one of the Bowl’s most un-missable performances of the year. I’m sure even the concrete floor of the stadium will remember the spots where it was christened by drops of sweat from the brow of the Godfather of Grunge himself.