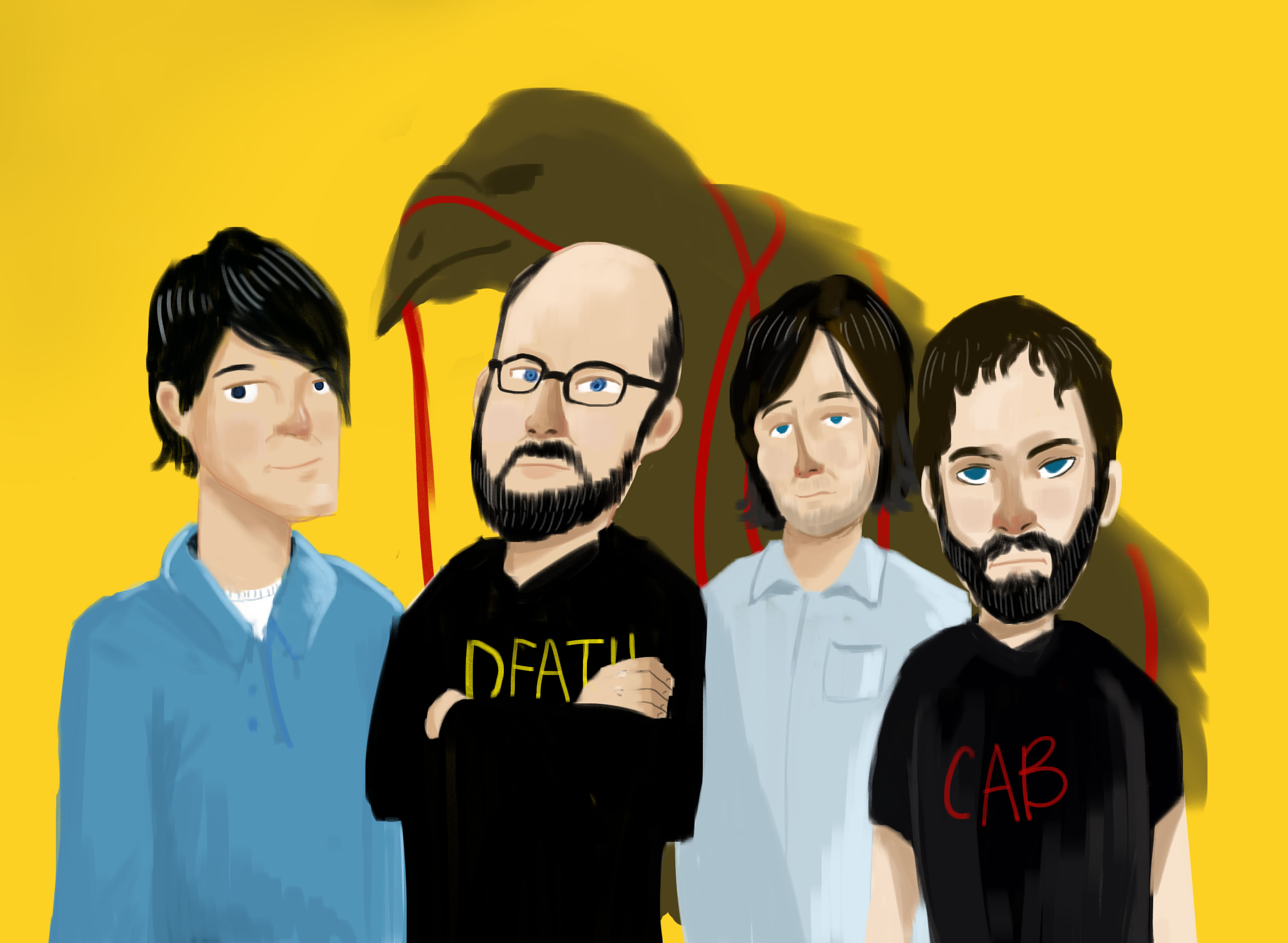 With the 2015 release of Death Cab For Cutie’s Kintsugi came the departure of guitarist Chris Walla. Many feared the group’s sound and stage presence would suffer on tour, myself included. After a life-changing show at the Santa Barbara Bowl last Saturday, however, my worries were quelled. Kintsugi itself is a Japanese art form involving mending broken pottery with metallic lacquer, aiming to add to the beauty and history of the pottery rather than cover up the breakage. How appropriate a title for their tour, as Death Cab was able to take something broken and make something stunning with their new assembly.

As the light faded over the hills, a vintage voice sample played the band in, battling with the screams of fans. Buttoned up in all black, the band opened with “No Room In Frame,” and the crowd went wild. The rest of the show continued much the same, with a focus on newer releases, although the boys did throw it all the way back to their second album. Despite two new touring members, Death Cab’s sound was better than ever, my only complaint being that the mixing could have been better on a few songs. Other than that, it was as near to perfection as I could have imagined. Even the chemistry between frontman Ben Gibbard and newbie touring guitarist Dave Depper seemed like that of old friends. Gibbard even shared stories of their adventures exploring the Santa Barbara hills together that morning.

“We saw this little pool of water and we decided it would be a good idea to go swimming … we soon realized this was not good water. It wasn’t like doo-doo water, but it was not good water,” Gibbard said. “We think we might get some sort of superhuman powers … it’s kinda played out, the whole superhero thing … we’ll be taking suggestions at the merch desk for how to use our powers.”

Although this got plenty of laughs, Gibbard and the band were able to set a multitude of tones throughout the show. These are certainly seasoned performers who know the art of creating a set list, and the emotional fluidity of the show was absolutely seamless. The group perfectly manipulated the mood of the show throughout the night, easing the crowd in and out of their more melancholy tunes, but making sure each song showcased a different style than the last.

Without a doubt, the emotional height of the show was the heart-aching ballad, “What Sarah Said.” Just a few taps of the keys in, the crowd recognized the tune and let out a collective “aaahhhhhh.” Looking around, couples everywhere were having moments. For lonely, single-entry press pass me, the performance yielded a sigh and a “… damn …” at my fellow lonely reporters in the press section. From there, the mood stayed low and cathartic with long-time top song, “I Will Follow You Into The Dark.” Gibbard took the center of a dark stage with a single, soft spotlight on himself and his acoustic guitar. Throughout the song, the crowd remained silent, apart from a single “OH MY GOOOODDDDDD” which, although quite a juxtaposition to the apparent mood, yielded laughter and shouts of agreement from the audience before growing quiet again. As Gibbard crooned the lingering note before the final chorus, a shooting star flew radiant over the bowl. Sounds of joy and disbelief overcame the crowd as showgoers pointed heavenward. Sorry, everyone not at this show, but your life will never be as magical as that moment. You can’t make this shit up.

But even more so than the sound, the lighting was truly entrancing — with each song came an entirely new setting. A celestial backdrop granted the feeling of sitting on the moon, the stage lighting alluding to tendrils of Starbursts reaching off into the vast cosmos as the group performed “Black Sun.”  The image of television-static provided a satisfying contrast when the opening riff to “The Ghosts of Beverly Drive” cut cleanly into it. An ethereal green animation gave the illusion of a ghost floating above the performers during “You’ve Haunted Me All My Life.” With a consistently symphonic, yet always unique balance of piano, drums, bass, guitar and synth, it is easy to be drawn into Death Cab songs, but with this lighting, the audience was drawn into another world.

Die-hard Cabbie or not, this show was undeniably magical. I’m a broke college student with no car, but after a show like that, I’m thinking a trip to Seattle to see their final shows is totally doable.