Coming off its 3-0 win at Bakersfield, the UCSB women’s soccer team protected home field this Saturday against Pacific University. A 1-0 advantage earned in the second half was all UCSB needed to seal its final non-conference matchup with a victory, handing the Tigers their sixth loss of the season (1-6-1). The Gauchos are in great shape for Big West play, standing with a record of 7-3-1 and now their two-game winning streak. 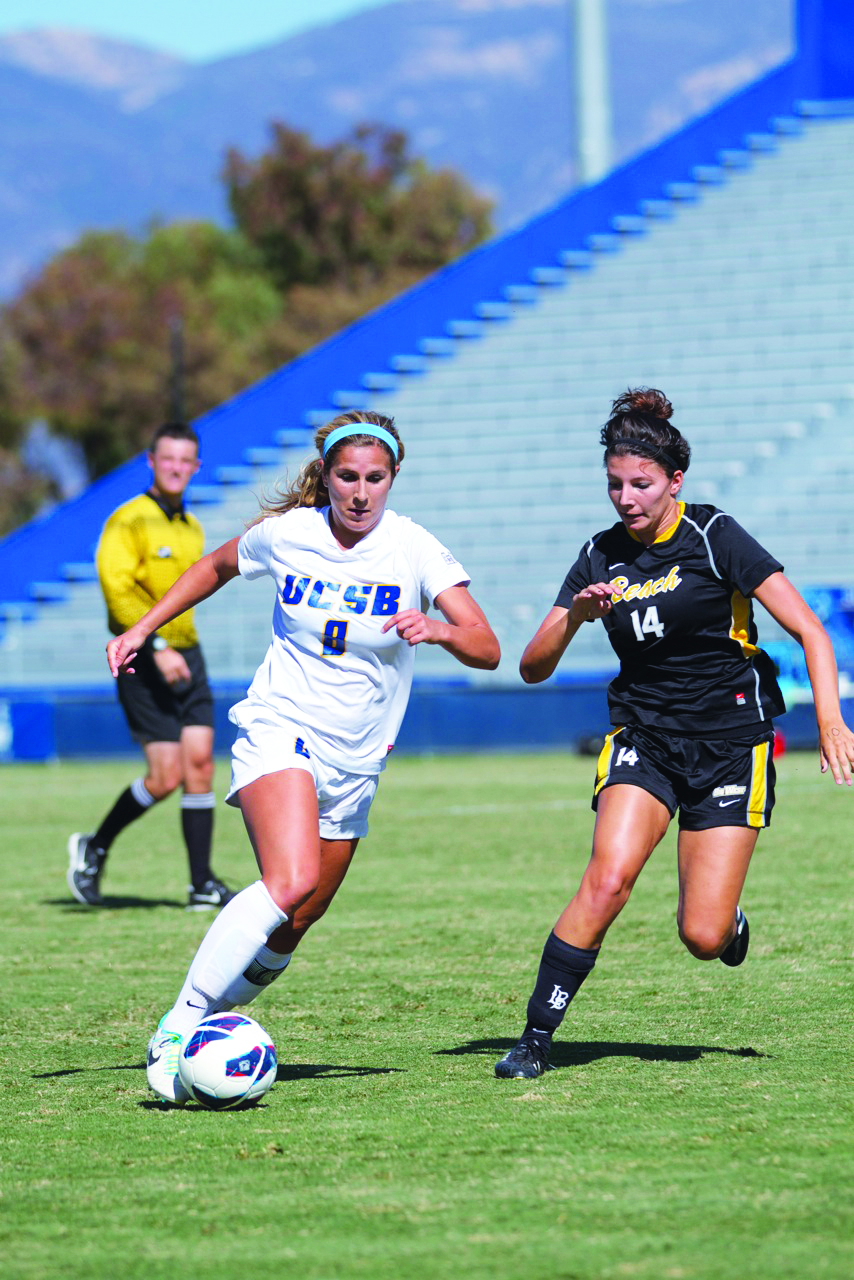 UCSB leads the Big West in corner kick attempts (90), helping result in the Gauchos’ third place standing in goal made (17).

Santa Barbara had plenty of opportunities in the game’s early stages. Holding the Tigers to zero shots at the box, UCSB gained an opportunity at goal in the 32nd minute as freshman forward Jessica Parque lined up for a free kick, but booted the ball just over the goal post. Still, the Gauchos dominated ball possession throughout the first half, accounting for five corner kicks and four shots on goal.

With the score locked at zero, the Gauchos were back in attack mode opening the second half. Within the first ten minutes, UCSB broke down the Tigers’ defense to put itself in scoring position. Mallory Hromatko made her mark in the match’s 64th minute, driving down the right line off a nice lead pass by Parque.  The freshman forward made her way to the middle of the box and sneaked a strike down into the back left of the post giving UCSB a 1-0 lead.

“Pacific changed their system [in the second half] and we moved our lineup to three strikers to have one more body closer to goal,” Head Coach Paul Stumpf said. “It felt like it was just a matter of time because we had more looks [from that switch] and it ended up being our girl Mallory.”

Hromatko has been a key component for her team’s success; racking up five goals and four assists all in non-conference play. Earning All-Big West Player of the Week honors following her game against Texas, Stumpf will likely keep Hromatko at the forward position heading into the conference schedule.

“She’s getting a lot of looks at the ball and it only takes one real good one where she can place one firmly into a corner,” Stumpf said.

The Gauchos ended the day with nine corner kicks and 13 shots, ten of them on goal.  Senior goalkeeper Beth Ritter also made her presence known in the goal box, making a crucial save in the 70th minute to preserve the team’s 1-0 lead. UCSB’s consistent defense held the Tigers to one corner and one shot at the goal.

Freshman defender Ryan Kokoska was a vital part of the Gauchos’ defense keeping the ball in the middle of the field and giving her teammates scoring opportunities. Kokoska accredits her efforts to the ability of her team to play as a unit.

“We have so many strong individuals on our team that’s what makes us do so well,” Kokoska said.  “We’re a team together on and off the field and that will help us heading into conference.”

Ending non-conference play on a good note, the Gauchos are ready for their Big West opener against Hawaii this Thursday, Oct. 1st. The Rainbow Wahine have a record of 3-6-1.

The University of Hawaii will be fresh off its 2-0-overtime victory against BYU this past Friday. Look for forward Dani Crawford to make an impact for the Rainbow Wahine as the sophomore has racked up three goals for her team, including one goal in overtime contest.

The Gauchos’ road conference opener will take place at 10 p.m. in Aloha Stadium.