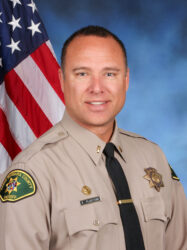 Isla Vista stakeholders drafted a letter to Santa Barbara County Sheriff Bill Brown requesting Plastino’s term as the IVFP lieutenant be extended. Long-term residents, students and university and county officials voiced I.V. is at a critical turning point with many projects underway to improve safety and stability, and Plastino’s continued presence in I.V. would benefit the community.

While the practice of the Sheriff’s department is to rotate IVFP leadership approximately every two years, individuals throughout I.V. believe Plastino’s role in projects such as training the recently appointed Community Resource Deputy (CRD) James McKarrell and preparing for the upcoming events of Halloween in the fall is important enough to lengthen the lieutenant’s term by a year or two.

Plastino said he met with Sheriff Brown on Sept. 21, during which time the topic of an extension was discussed.

“He expressed that he was not yet certain about how long I would remain in IV, although I think we all expect my assignment here to last at least through mid-April,” Plastino said in an email. “If I’m able to stay at least until April, I will be happy with that.  It was possible for me to move this past summer, so any additional time in IV is much appreciated.”

Plastino said if he is replaced in April, he hopes he can provide input on a replacement for his position and spend time training the new lieutenant to ensure a smooth transition. Within IVFP, there is one patrol sergeant who could be promoted to lieutenant; otherwise Plastino’s replacement would come from a county-wide pool of current and future lieutenants, according to Plastino.

“I do have a couple in mind that would do well here. I think personality and a desire to work with our very diverse population are very key criteria for any law enforcement manager in IV,” Plastino said in an email. “This also requires someone that is open to new ideas and is willing to break away from the standard models of policing.”

Plastino said he is both humbled by the community’s request that he remain in I.V. and grateful they value his role in the community.
“They are all people and organizations that care about our town and spend so much of their time to make this place wonderful.   I am truly touched that they would want me to stay and help them,” Plastino said in an email.

A version of this story appeared on page 1 of the Thursday, September 24, 2015 print edition of the Daily Nexus.