The Daily Nexus
News
Student Group Funding Process Gets Makeover
September 17, 2015 at 5:57 am by Josh Ortiz

Associated Students Finance and Business Committee (A.S. F&B) makes changes to be more equitable and transparent in its funding of student groups both old and new 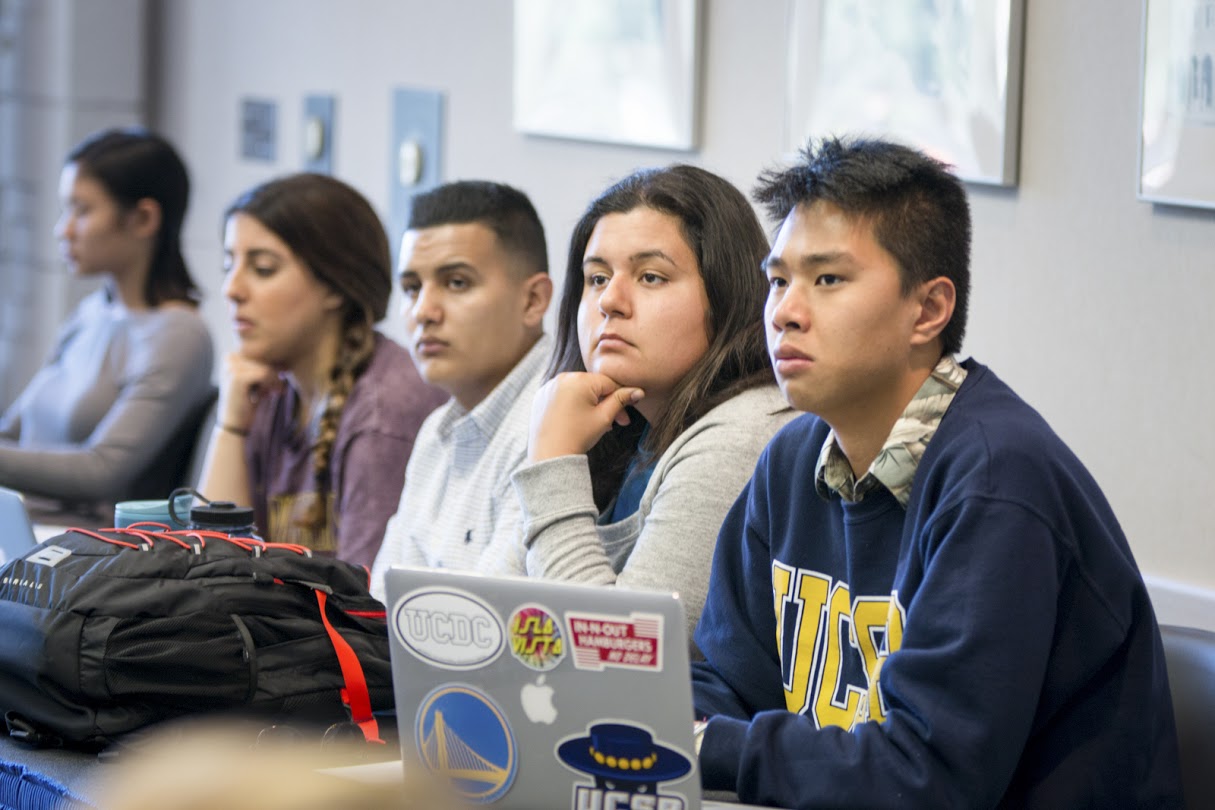 Chairman Jerel Constantino has several ideas to improve the committee’s communication with student groups regarding exactly how much money is distributed and when. Stephen Manga / Daily Nexus

The Associated Students Finance and Business Committee (A.S. F&B) recently announced several new additions to its website for the upcoming year in an attempt to help facilitate the funding process for student groups.

The A.S. F&B, previously known as the A.S. Finance Board, is tasked with allocating annual student fees to help fund events and services of registered student organizations. Last year, the finance board was responsible for designating the spending of the Associated Students’ $10.9 million budget, $364,812 of which went to student organizations. The committee redesigned its website and logo this summer as part of its “rebranding” efforts.

A.S. F&B Chairman and third-year history of public policy and political science double major Jerel Constantino said the new website will make it easier for student groups to request funding compared to the lack of “transparency” and “accessibility” in last year’s committee operations.

“I felt like a lot of students didn’t really feel like we wanted to give their money back to them, which is kind of what our role is,” Constantino said. “We just want to get a new look. We want to make our brand everywhere just so that people know that this is the committee you go to to get funding and access to the fees, and part of that is redoing the website.”

According to Constantino, one of the website’s new features is an online form for rollover requests and event reports, which he said could act as archives for students to use as references in future funding requests.

“In the past, we’ve just relied on asking students, ‘How much money did we give you last year?’ but that’s not really accurate and there’s really not much record keeping in those regards,” Constantino said. “Since these forms are online now, any student will be able to look up just how much money this org spent and what they spent it on online.”

“When student groups were going through the funding process, a lot of the same questions kept popping up again about policies [and] procedures and what not,” Ninh said in an email. “This year, we’re aiming to solve that by providing guides and other resources that will increase clarity and give more detailed instruction so that the funding process is more efficient.”

“A large part of our funding has gone to organizations that already have a lot of funding — they can afford to fork over a few thousand dollars for their barbeque,” Constantino said. “I’d like to see more organizations, especially newer and smaller ones, being represented, to get their piece of the pie.”

Fourth-year computer science major Benji Lampel, who sought funding from the committee in the past for events like SB Hacks and Laughology, said the only improvement A.S. F&B needs to make is increasing its financial visibility for student groups.

“The only thing they could really improve on I think is making the funding easier to see when it’s distributed,” Lampel said in an email. “It was just hard to tell when the money was transferred and how much we actually got.”

“So many of our students have really great ideas on how to give back to our community and enrich the student body as a whole,” Ninh said in an email. “I’m really looking forward to hearing them all, and my team and I are excited to make that happen.”

A version of this story appeared on page 9 in the Thursday, Sept. 17, 2015 print edition of the Daily Nexus.