The Daily Nexus
Artsweek
FMLYBND to Play Welcome to Paradise Carnival
September 17, 2015 at 5:09 am by Emile Nelson 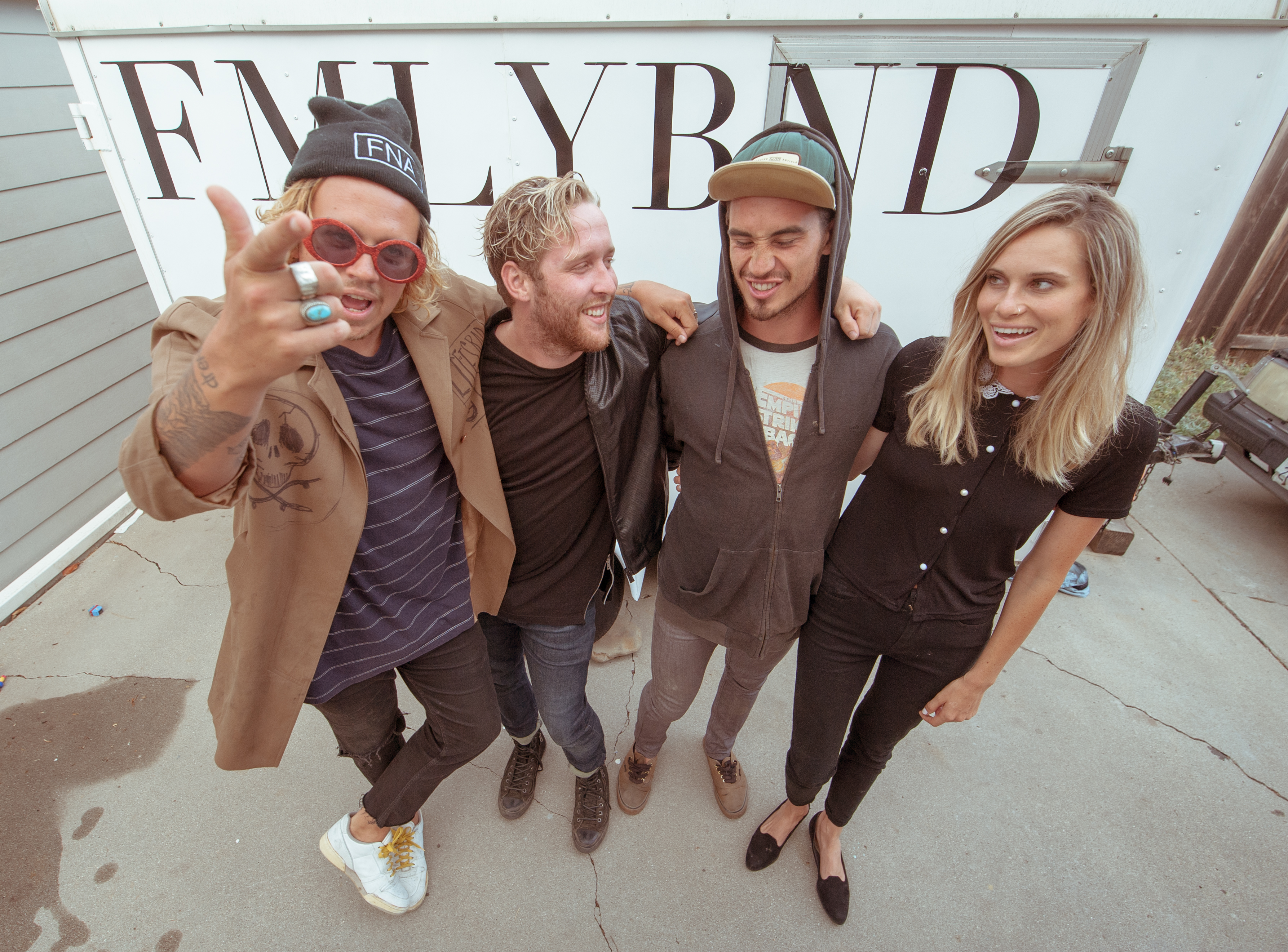 Each year, Isla Vista sees a wave of new bands in all genres — and as quick as they come, they’re gone. Very few bands survive the first year here in I.V., let alone escape the bubble to achieve any sort of actual fame. But, somehow, FMLYBND has not only survived almost three years together, but they’ve already played an international tour with Milky Chance, gotten a song onto the FIFA 15 soundtrack, performed at both the X Games and U.S. Surf Open and thereby achieved a level of celebrity that few I.V. bands will ever attain.

The band features Mac Montgomery on vocals and guitar, Braelyn Montgomery on vocals, Eric Mason on keyboard and Ethan Davis on drums. The four have been playing together since 2013, when they got their start in the beachside paradise that is Isla Vista.

“Our first few shows were house parties in Isla Vista, so we had something to bounce off of,” Eric said. “There are a lot of bands doing reggae-style music and a lot of DJs doing dance music, so our slightly different style, I think people were really into it.”

“But on a more serious note, we all really like M83 a lot. M83 and Passion Pit are probably some of our biggest influences,” Davis said, as he crunched on an enormous carrot.

The simultaneously nondescript and extremely specific style that FMLYBND calls their own has carried them to national, even international, recognition over the past couple of years.

Following their initial success in Isla Vista, FMLYBND broke out with their first large-scale show at the Huntington Beach U.S. Surf Open, an event that draws nearly half a million people over nine days. This performance is showcased in the band’s music video for “Come Alive,” which boasts over 1.3 million views on YouTube.

“Come Alive” is also featured on the enormously popular video game FIFA 15 alongside songs by artists like Avicii, Foster the People, Madeon and more.

According to Braelyn and Mac, FMLYBND was selected to be one of the few artists on FIFA not only because of the popularity and quality of their music, but because of their intimate relationship with the sport of soccer as a whole.

“Probably some of the best in the industry,” Mac continued. 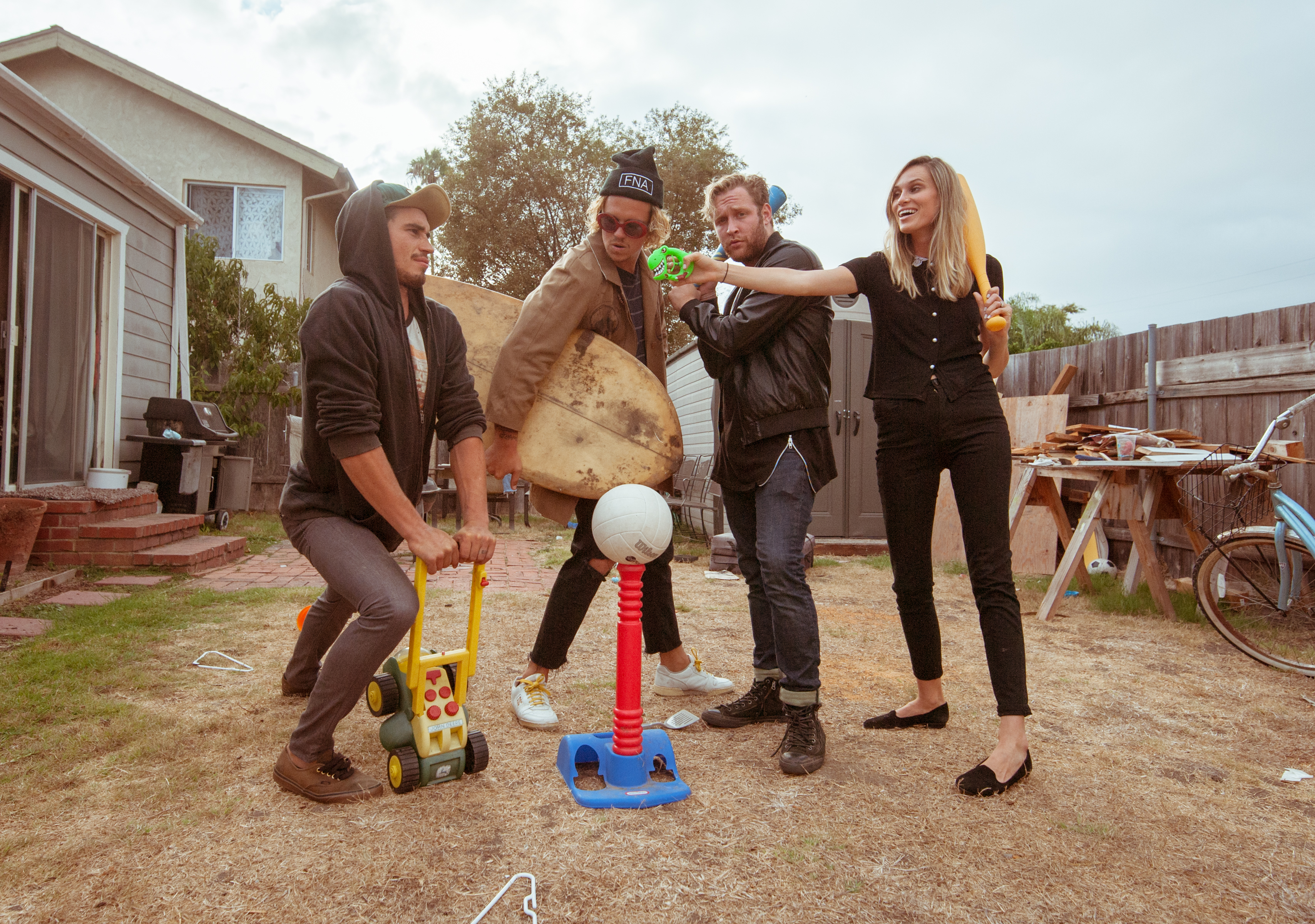 In addition to FIFA, FMLYBND’s music has been featured in commercials (one by Volvo), movie and television show trailers and in other artists’ music, such as Dirty South’s song “With You.”

But their achievements don’t stop there. FMLYBND recently returned from an international tour with Milky Chance, the German group famous for singles like “Stolen Dance” and “Down by the River.”
According to the band, this past year has been a redefining period.

“We took like six or eight months off, then we came out with some new music and played some shows here and there until the tour with Milky Chance,” Mac said. “That was really fun — it was sold out, so that was like a big thing. That tour was essentially a brand new band and we were playing the best shows we’ve ever played.”

After topping The Hype Machine’s list with their cover of “Where Is My Mind” and coming fresh off the sold-out tour, FMLYBND is looking to release another EP, thereby adding even more material to an already stacked portfolio of music.

Additionally, according to Davis, there is a plethora of FMLYBND’s music available online at almost any major music hosting website, followed by a “/fmlybnd.” Not only that, but Mac said, “You gotta find Eric. He’ll burn you a CD.”

Unfortunately, this fame is not without its consequences, as the band said they can hardly play shows in Isla Vista anymore, because they get shut down so quickly due to the crowds. Luckily for you, reader, you still have the chance to see them in their hometown at our Welcome to Paradise Carnival on Sept. 22 from 1-4 in Storke Plaza on the UCSB campus — check out the event page on Facebook at “Welcome to Paradise Carnival feat. FMLYBND.”

“We’re gonna party on the 22nd,” Mac said. “After you finish your homework, we’ll party.”

FMLYBND may not be the newest Sublime-inspired/Deep Haus/Swing Trap band that house parties will be seeing this year, but they are quickly becoming a staple of Isla Vista music culture that people will look back on and say, “Wowee! Can you believe I missed the chance to see those guys when they were just getting started? I must be some kind of Bozo.”

A version of this story appeared on page 1 in the Thursday, Sept. 17, 2015 print edition of the Daily Nexus.