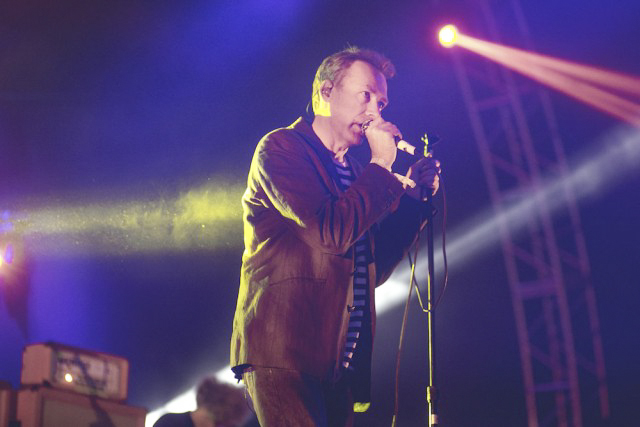 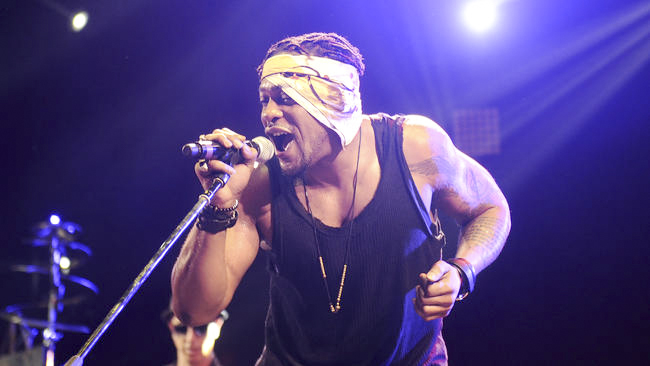 Despite recent backlash from punk-rock communities about the growing Indie music presence, Goldenvoice’s FYF Fest invaded the L.A. Memorial Sports Arena & Exposition Park for the second time with the most eclectic selection of alternative musical talent. Here are the highlights everyone is talking about.

Kanye West:
While controversy resulting from Kanye’s gaffes and self-comparisons to political and religious leaders seem to appear at E! News daily, the controversy of West’s replacement of Saturday headliner Frank Ocean was (just this once) not his fault. If Kanye decided to proclaim his greatness for 30 minutes, the gargantuan upset resulting from Ocean’s removal from the lineup may have landed FYF with irreparably damaged reputation. It didn’t.
The set began with West’s remix of Frank Ocean’s “No Church in the Wild,” in homage to the absent R&B idol. Kanye performed with a certain self-awareness about his position and sensitivity for Ocean fans that Yeezus non-believers would have no reason to believe he was previously capable.
He had both G.O.O.D. Music protégé Travi$ Scott and pop icon Rihanna make special guest appearances. He didn’t speak, except a few acknowledgments of the crowd and banter with his stage crew.
When the keyboard line from “Runaway” blared over the speakers, crowd members moaned audibly in fear that West would continue the song for half an hour of the set as he has done in the past.  After a mere 10 minutes, Kanye West said, “I could sing this song for another 40 minutes, but I only got 10 minutes left and 10 years of music left. I got to play my motherf*cking hits.” He proceeded to perform nearly a hit a minute before the stage went dark and the crowd erupted into applause.
The Jesus and Mary Chain:
This Scottish alternative post-punk/noise-pop group has had a rocky history. They formed originally in 1983, broke up in 1999 and re-formed in 2007. Lead vocalist Jim Reid wore a simple black and white striped t-shirt under his dark brown 80’s era leather jacket. Despite being well into his fifties, Reid sang with the same spacy and smooth timbre of his 25-year-old self. Reid’s subtle hip perks and slow sidesteps carried a stark Frankie Valli semblance.
During hits like “Something’s Wrong,” the blue stage lights silhouetted the dust kicked up from the ground, adding to the trance-inducing effect to the labyrinthine guitar rhythms. JMC is one of those bands whose place in rock music carries such clout that there were certainly concert attendees present who purchased FYF wristbands just to see them. A celebrity-sized ego never developed alongside their fame, which became apparent when a soft-voiced Reid thanked the audience after just about every other song.
D’Angelo and the Vanguard:
Following its December 2014 release, Black Messiah’s explosive reception has made 2015 the year of D’Angelo. Black Messiah is D’Angelo’s first studio release since 2000, and the subsequent tour is his first since 2012. While the neo-soul singer has been reticent about the reasons for his hiatus, the precision and energy present in the performance prove that he was diligent in his musical endeavors during his disappearance.
At large music festivals, an astounding majority of concerts feature audience members that are either completely or partially static during any given musical performance. The Vanguard’s performance wasn’t that. Rarely stopping to rest, concert-goers could be seen grinning and side-stepping up to 100 yards back from the stage.
Technically speaking, the show played like jazz. In terms of feeling, this was funk. The abundance of marbled guitar licks, gospel-inspired harmonies and punctuating horn lines made it easy to imagine the band cramping on a sofa re-watching old James Brown performances.
Death Grips:
Despite playing the smallest stage, this post-industrial electro-thrash hop group drew one of the largest crowds of any show this weekend. They also drew the largest crowd at that stage all weekend. The entire field that comprised The Trees stage was densely packed with sweaty rage-fueled youth.
Death Grips disbanded abruptly in July 2014, re-formed in October of the same year and then a released an album soon after. Needless to say, fans have been on a very temperamental rollercoaster ride. FYF was the chance for Death Grips listeners to release their suppressed anger.
Vocalist MC Ride manically screeched out the words from at least a song from every single album in the Death Grips discography. If you watched the crowd, you wouldn’t think that the fans were even listening. The entire audience formed an ever-shifting, punching, sweaty and dense mass of bodies. Death Grips music isn’t for the weak-hearted, but their almost-cultish control over their following is an undeniable testament of their dark and impressive vision.
Savages:
When conservative suburban parents have nightmares about their kids falling into the punk-rock scene, their worries are usually misplaced. Most punk bands and clubs are as normal as you and me. Savages are the exception. This all-female, London-based post-punk group is scarier than your first viewing of A Nightmare on Elm Street.
Their uniform was black leather, black eyeliner and black nails. Their backlights were a ghostly white. Their guitar sounds like the screech of a knife on a window. At FYF, lead singer Jehnny Beth became the reason why the connection between the occult and rock music didn’t die along with Black Sabbath.
Beth sang Savages mainstay songs like, “Evil” and “Hit Me” in a hypnotic dirge and then broke into sharp snarls without a moment’s notice. During the closing of “Husbands,” Beth shrieked, “If you all stop dancing, we stop playing.” She prepared to step off stage, as fans extended their hands. With her microphone in hand, she walked on top of the palms of front-row fans. “My room, my life, my husbands,” she screamed as she made a coffin on top of the crowd. 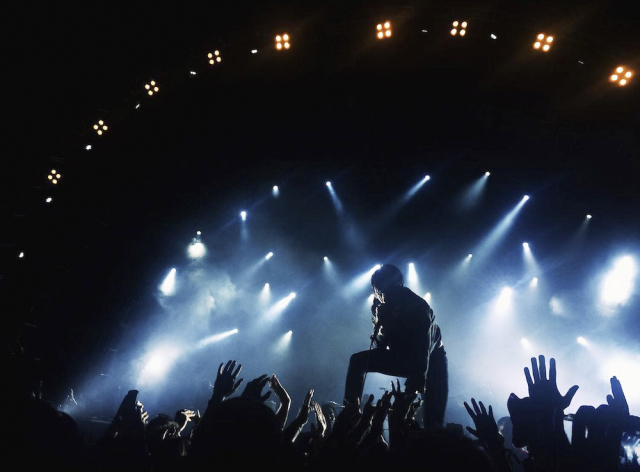