The Daily Nexus
Science & Tech
Scientists Get Nosy About the Sense of Smell
August 9, 2015 at 1:30 pm by Karla Bernardo 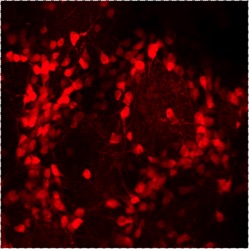 Often times, children pinch their noses when eating brussel sprouts — or any other type of food deemed unpleasant — to mitigate the terrible taste because the sense of taste is dependent on the sense of smell. The olfactory system, the sensory system for smell, is often taken for granted when an individual has sight, touch and sound to dictate most of his or her life, but even the smallest of scents can have the most pungent effects on one’s brain.

To further elucidate the phenomena of smell, a team of four organized an eight-week long program devoted to all aspects of the olfactory system at UC Santa Barbara’s Kavli Institute for Theoretical Physics (KITP), called “Deconstructing the Sense of Smell.” As complex as the olfactory system is, an international team of neuroscientists came together in hopes of examining how the system takes and perceives odorous inputs in a way that thoroughly captures the chemical, biological, electrical and psychological components of the system.

“Basic research in olfaction has attracted researchers interested in many fundamental problems about the brain: how sensory information is detected by the nose, encoded in patterns of activity in neurons in the brain and how those codes are decoded by centers in the brain devoted to generating behavior and perception,” Sandeep Datta, one of the collaborators from Harvard Medical School, said. “Because this is an interdisciplinary problem — involving everything from the physics of odor plumes in the air to the biophysics of individual ion channels on neurons in smell centers in the brain — this field integrates people with a diverse set of interests and experiences.”

Nearly all living organisms, including humans, use smell as a primary sense to interact with the environment to find food, predators and mates, yet the olfactory system uses very few neurons with respect to other senses to process information.

The part of the vertebrate brain that processes smells, called the allocortex, evolved earlier than the part of the brain that processes other kinds of complex information, known as the neocortex. In humans, one of the first signs that a person has a neurodegenerative disorder, like Alzheimer’s disease, is the loss of their sense of smell. As a result, doctors are beginning to clinically screen patients for neurodegeneration by testing their sense of smell.

“We don’t really understand why this is,” Datta said. “One idea is that the hippocampus — a part of the allocortex and the main memory center in the brain — is really sensitive to the pathological processes associated with Alzheimer’s disease and related disorders.”

The team of interdisciplinary researchers has begun to design a large number of stimuli with predictable relation among them to further explore the capabilities of the human’s sense of smell. Using rodent neural circuitry models, they are able to relate olfactory capacities to neural activity in the brain.

“We can design stimuli that are hard for mice to distinguish between and ask what is it about the neural circuits and function that limits the behavior,” Venkatesh Murthy of Harvard University’s Department of Molecular and Cellular Biology said. “Overall, the advances are being driven by a combination of new techniques — in behavior and in recording and manipulating activity of neurons — and advances in conceptual ideas about olfaction.”

In developing a greater understanding of the olfactory system, Murthy suggested that there would be many practical applications of their research. From a biological perspective, changes in the sense of smell can serve as a biomarker or predictor for pathological conditions, and knowledge of how normal adult neurogenesis works can assist in designing future methods for stem cell transplantation into nervous tissue. From an engineering perspective, algorithms developed from neural circuitry may inspire the designs of machine learning, artificial noses to detect hazardous chemicals and autonomous robots that can be used in the field to detect chemicals.

“Ultimately, understanding how we perceive the world around us is fundamental to understanding our own humanity,” said Datta. “Although there are lots of practical reasons to understand smell, I think what drives most of us researchers is a sense of wonder at who we are as creatures exploring the world.”