Recycled water use to extend to more campus resources, including on-campus laboratories 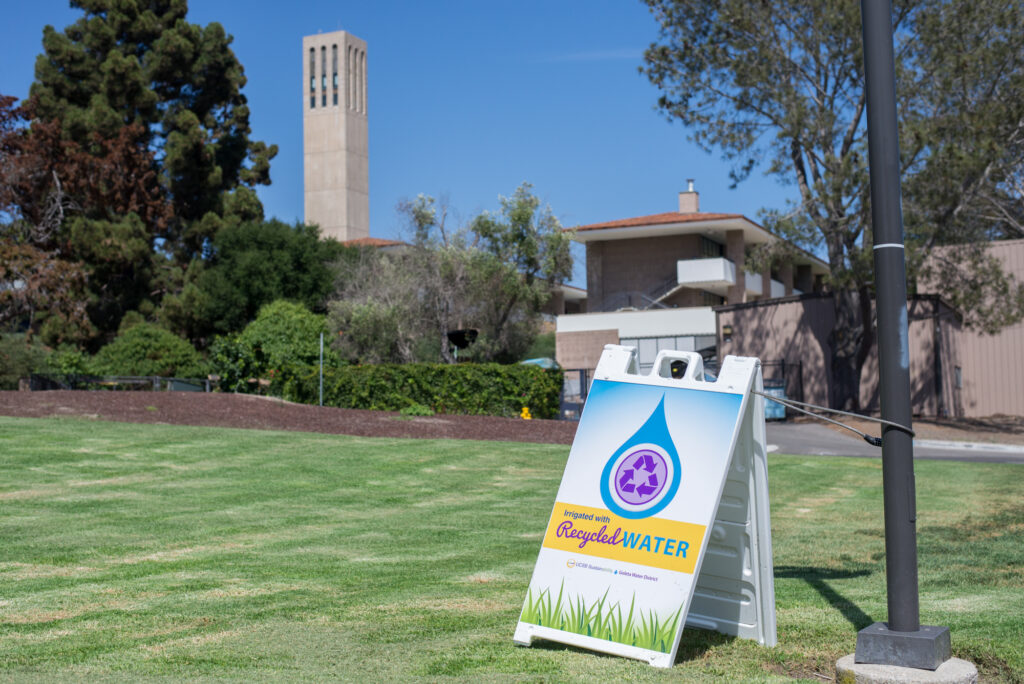 Although 90 percent of campus is already irrigated with reclaimed water, UCSB is taking steps to further increase water conservation due to efforts to reduce potable water use by 12 percent. Lorenzo Basilio/Daily Nexus

Recycling and Water Efficiency Manager Matthew O’Carroll said the university plans to achieve this goal through large-scale changes to campus buildings and operations.

“UCSB seeks to achieve the 12 percent reduction in potable water use through continuing to optimize efficiency in industrial applications and laboratory processes and in on-campus residences and academic buildings,” O’Carroll said.

UCSB has already taken steps to conserve water through recycling technologies, according to O’Carroll.

“UCSB has a long history of effective water conservation and efficiency efforts,” O’Carroll said. “The one effort that stands out in particular is the use of recycled water.”

According to O’Carroll, the 12 percent reduction will save more than 19 million gallons of water.

“UCSB has a lot going on already concerning potable water conservation,” Frey said. “Our per capita water usage is something like 22 gallons per day which is quite a contrast to the average of 60 in our local water district.”

“As of now, LabR.A.T.S. has helped to secure funding for approximately 85 closed-loop systems,” O’Carroll said. “They have the potential to reduce UCSB’s potable water consumption by three percent.”

“If the 700 to 800 single-pass cooling systems are replaced, an estimated 120 million gallons of water will be saved per year,” Frey said.

“Goleta is unique in that most of the potable water we have access to at UCSB is directly from the area, such as Lake Cachuma as opposed to state water from the California Aqueduct,” Berry said. “With the drought only getting worse, the Goleta Valley Water District is going to start pumping ground water, which I think only serves to highlight the need for students to be as water wise as possible.

“To achieve this significant reduction in a short timeframe, we need the continued help of our campus community,” O’Carroll said. “As a community, we not only need to continue these efforts, but take them to the next level and really be conscious and aware of our water consumption, always striving to be efficient and eliminate any waste.”

A version of this story appeared on page 6 of Thursday, July 30, 2015’s print edition of the Daily Nexus.

Goleta is not “unique” in having local water sources. All the water used in Santa Cruz (including by UCSC) falls as rain in Santa Cruz County.