The Daily Nexus
Music
Outside Lands to Invade Golden Gate Park
July 30, 2015 at 2:00 am by Artsweek Editor 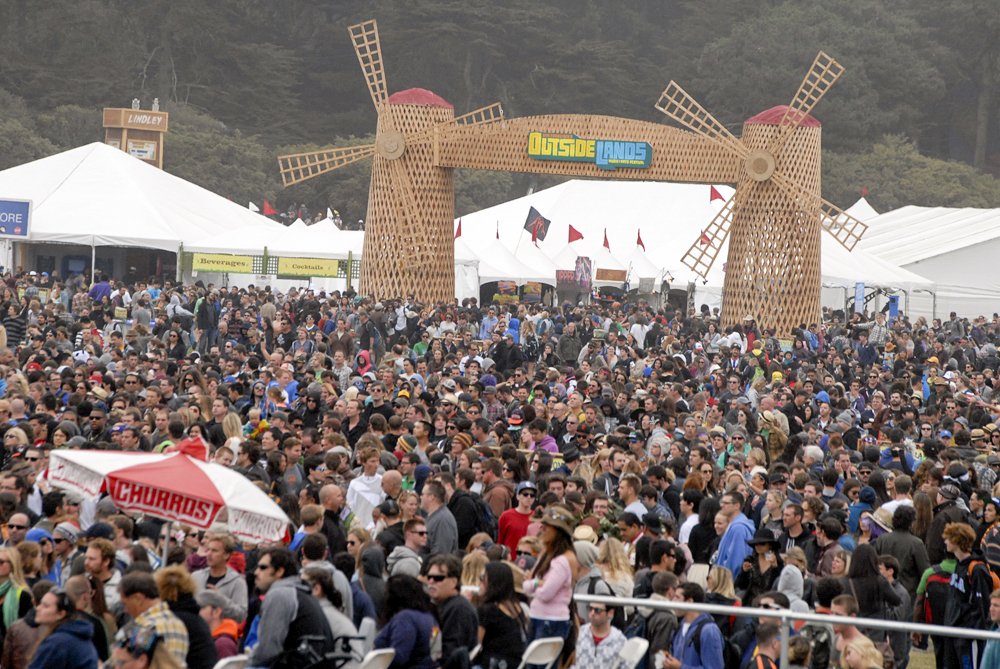 While signifying tanning sessions and beach outings in most American locales, the month of August in San Francisco demarcates two happenings unique to the city. First, a perfectly sadistic climate that is cold enough to render T-shirts unsuitable as standalone outerwear, but warm enough to make coat-wearers sweat, settles over the iconic city. The more agreeable event of the two is the return of the annual Outside Lands Music and Arts Festival.

August 7th marks the opening of the fairgrounds for the eighth installation in the OSL series since its debut. Although the festival has received international commercial attention and a surge in attendance since its humble beginnings, its producers, Another Planet Entertainment and Starr Hill, still manage to maintain an ars gratia artis feel. A.P.E. and SH even made certain to bring back Ben Harper, Cold War Kids, Wilco and the Black Keys, from the first lineup in 2008. This act not only serves as a testament to OSL’s tasteful booking, but also feels as if the agencies are saying, “Thanks for helping us get here. We didn’t forget.”

Of course, since then, OSL has experience rapid growth in other respects. Household names ­– Elton John, Sam Smith and Mumford & Sons – will accompany the previously mentioned veteran headliners on this year’s bill. These bookings reflect an inevitably strengthening preference for pop music that all rapidly growing festivals develop and undoubtedly will draw many greenhorn OSL festivalers. This humble guide will help those newbies navigate and enjoy the lively (and sometimes daunting) San Francisco jungle.

For first-timers, the most important note is that OSL isn’t Coachella. This fest has a generally different feel than its desert-dwelling sister. While the lineup is littered with occasional big name electronic acts (RL Grime, Axwell & Ingrosso, DJ Mustard to name a few), it is not as large of a focus in the Northern California fest. As a result of this reduced electronic presence, the crowd tends to be a little less party-hardy, but no less friendly.

Secondly, as I said earlier the climate is not always the most welcoming. Maybe you’d been waiting all weekend to dance during Vampire Weekend’s set at Outside Lands 2013. Maybe, despite your Ezra Koenig devotion, the cold crippled your legs and covered them with goosebumps because maybe you made the poor decision to wear shorts. Maybe this a true story. “The coldest winter I have ever spent was a summer in San Francisco,” is a quote often falsely attributed to Mark Twain. However, this not-Mark-Twain quote has some wisdom to share. If sporting a sundress or low-cut Chubbies to Golden Gate Park is absolutely mandatory, pack a hoodie just in case. The fog can be unforgiving.

Third: Eat some good food. You’re at a large and expensive festival to hear your favorite jams. You’re at least part hedonist. Foodies often call San Francisco the brunch capital of the country. It is. Locals respect and take pride in their eating.

If you’re looking for a thrifty dining experience, the food trucks are for you. Craving something greasy, savory and guilt-inducing? Through rigorous in-lab experimentation with the most delectable of American and Mexican delicacies, the guys at Bacon Bacon truck have rolled up flavor-optimized BBQ bacon burritos just for you. If you are hunting for something more refined, acclaimed local neo-American bistro Stones Throw,will be cooking up mouthwatering chicken parmesan sandwiches. Unfortunately, they refused to bring famous squid ink pasta to the concert, but will still satisfy your inner gourmand.

This last set of tips isn’t necessarily OSL specific, but good advice for festivals in general. Try to see at least one set at every stage. Golden Gate Park is a lush, green paradise in the concrete metropolis of San Francisco. Go exploring. Set aside time for your must-see acts, but leave time for wandering to a performance that sounds good by a group you’ve never heard of. Make sure to talk to other festival-goers. Attendees are generous of spirit. You never know if the person buying fries in front of you is the ex-manager of Nirvana, a father taking five-year-old son to his first live performance or someone in need of a friend after losing their group.

The festival consistently books one of the most tasteful lineups and boasts one of the most diverse crowds of any festival. It’s near impossible not to have a good time … as long as you catch Mac Demarco and Benjamin Booker.