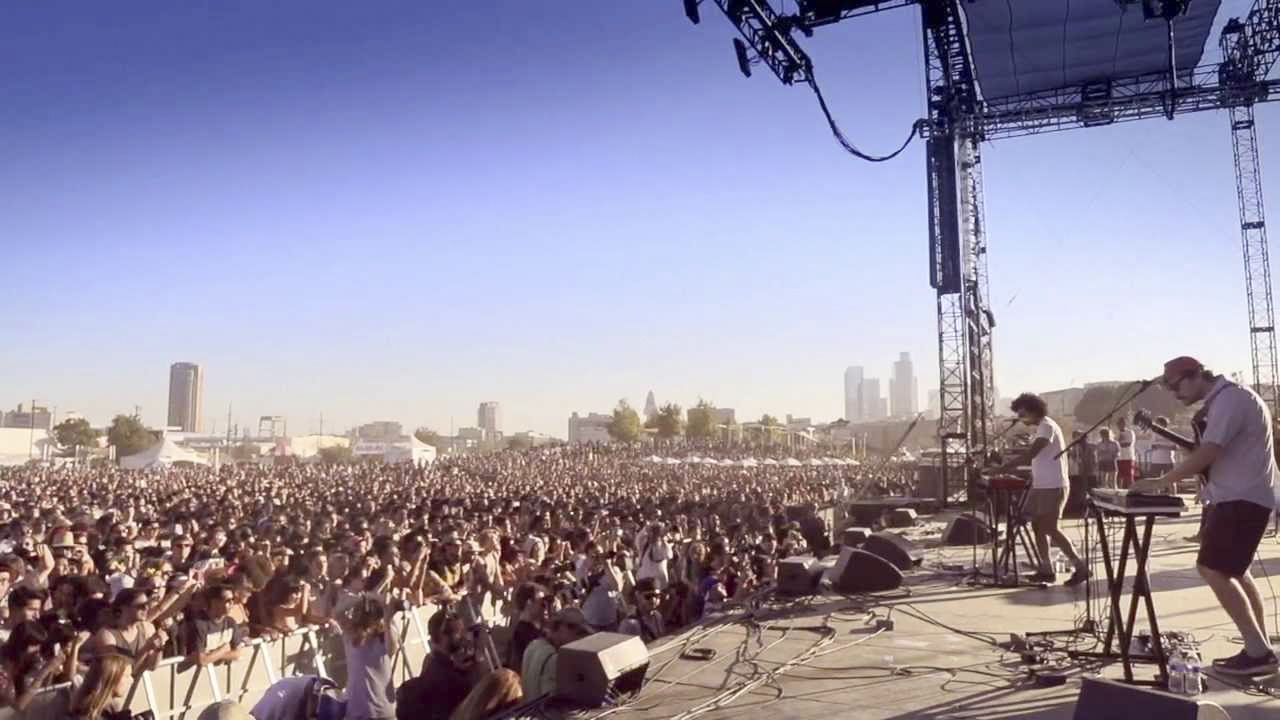 Over the last decade, large music festivals have risen to stark prominence in America and redefined the live musical performance marketplace. The most successful of festival curators (obvious examples being Golden Voice of Coachella or Another Planet Entertainment of Outside Lands) implicitly brand their respective events as the pinnacle of live alternative music. Although these fantastic festivals are very alternative, the presence of pop sensations like Drake or Mumford & Sons make the larger productions fall just shy of the impossible expectations of the indie music devotee’s perfect festival. While this ideal is virtually unachievable, FYF Fest probably bears the closest resemblance to what “the perfect indie festival” might look like. If you’re an indie idealist yourself, then you can put FYF to the test starting August 22nd at the Los Angeles Memorial Sports Arena and Exposition Park for two days.

Originally established in 2004 by zine writer Sean Carlson, FYF Fest has both a rich history and a promising future. In an interview with KCET, a large independent public television station based out of Southern California, Carlson cited his inspiration for FYF as, “a show in Gainesville, Florida. The show was multiple different venues that were all walking distance from one another … So you had access to see 21 different bands.” At 18 years old, Carlson took the structure of that concert, booked a lineup of exclusively punk, garage and post-hardcore bands and spat the first FYF into the L.A. Echoplex.

Since moving to L.A. Historic Park in 2009, the festival formerly known as Fuck Yeah Fest (yes, that does make its current title Fuck Yeah Fest Fest) has dramatically diversified its lineup to include hip-hop, R&B, electronica and lighter forms of rock. However, it seems as if Carlson books only musicians that are pushing innovation in their respective crafts. Even the arguably prominent acts that music snobs might bash are easily defensible: Morrissey was integral in the most influential band of the ’80s; Frank Ocean is the one of the most important songwriters of Generation Y and the first openly gay rapper or R&B singer to reach prominence; Chet Faker incorporates jazz elements into electronic production over which he sings modern heartbreak arias.

Even amidst his transformation into Indie music vox populi, Carson hasn’t allowed FYF to abandon its raw and aggressive roots in hard rock ‘n’ roll.  Heavy acts like Savages, Metz, Title Fight and many others serve to ensure that, if you need a mosh pit, you will have no difficulty finding one.

Due to Carlson’s unbelievably high standard for talent, FYF has a become a melting pot of the best musicians from all across the independent music spectrum, and he has produced perhaps the most devilishly stylish lineup of any American festival this year.