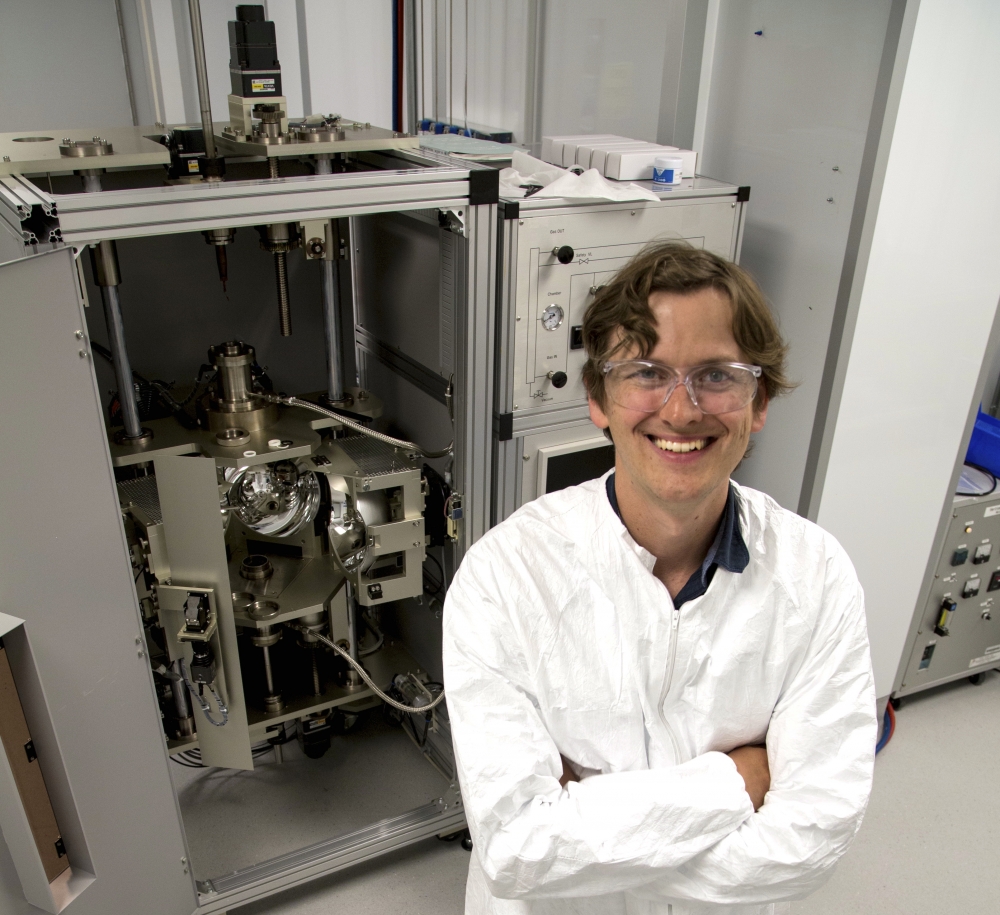 Wilson’s grant is expected to last three years and will fund his project to grow new, exotic materials. Wilson aims to create a refined ultrahigh-purity crystal growth process that could theoretically lead to new quantum states.

“We are trying to prove interesting new quantum states that have been predicted,” Wilson said. “Trying to characterize the properties of these systems, trying to try and find what knobs we can tune and look for these new states. This is a big picture model.”

According to Wilson, his lab is working to build on theoretical prediction.

“What we do is try to explore material space by growing single crystals of materials and then use a sort of an array of electronics properties tools here on campus and off campus,” Wilson said. “You look for materials that exhibit those kinds of behavior.”

Wilson said one of his main focuses is to create a “clean” single crystal growth and closely study the material.

“You want to eliminate any extrinsic factors or anything that can hide the signatures of many of these new quantum states that you are looking for,” Wilson said. “You also need to be able to study the detail properties of the material.”

“A lot of major discoveries are made by single crystals because they’re very clean and you can recognize the subtleties of their behavior,” Wilson said.

Wilson said he will use the grant to expand the capabilities of his field.

“The award is to try and push the frontiers of high-purity single growth that we can do,” Wilson said.

Wilson said the cleanest way of growing crystals is a floating zone, where a material is pressed onto a rod and melted, creating a droplet and fused with an already crystallized seed crystal.

“This molten material is suspended between the two by its surface tension,” Wilson said. “You then cool it slowly, called unidirectional solidification, and it will crystallize on the seed and grow a single crystal.”

“The floating zone aspect is when you’re doing this, the liquid part, that is suspended between the seed and the rod isn’t touching any containers and its ‘floating’ so it doesn’t get any containments,” Wilson said.

Wilson said the floating zone technique uses optical heating, focused light from a light bulb in an optical mirror, and does not work under high pressure with volatile materials.

“You can’t really do that under high pressure,” Wilson said. “Things, when you melt them, if they’re really volatile, if they start evaporating really fast, then it goes everywhere and you can’t stabilize crystal growth. So trying to do this under high pressure has been limited for a long period of time.”

Wilson said he hopes to use the grant money to build a tool to grow volatile oxides with floating zones to access ultrahigh-purity form.

“It turns out that all the new materials we want to look at in high ultra-purity form are volatile materials and so we are trying to re-envision the floating zone to address that type of materials challenge,” Wilson said.

“It’s incredible to think that, if Wilson realizes his agenda with the money, he might produce science much more valuable than $1 million,” Rower said.

“Materials science is very complex, yet strives to be exceedingly simple at the same time,” Stanton said. “It really is amazing how world-class the staff and faculty here at UCSB is and how much they’re going to impact the world with their findings. I can’t wait.”

A version of this story appeared on page 5 of Thursday, July 30, 2015’s print edition of the Daily Nexus.