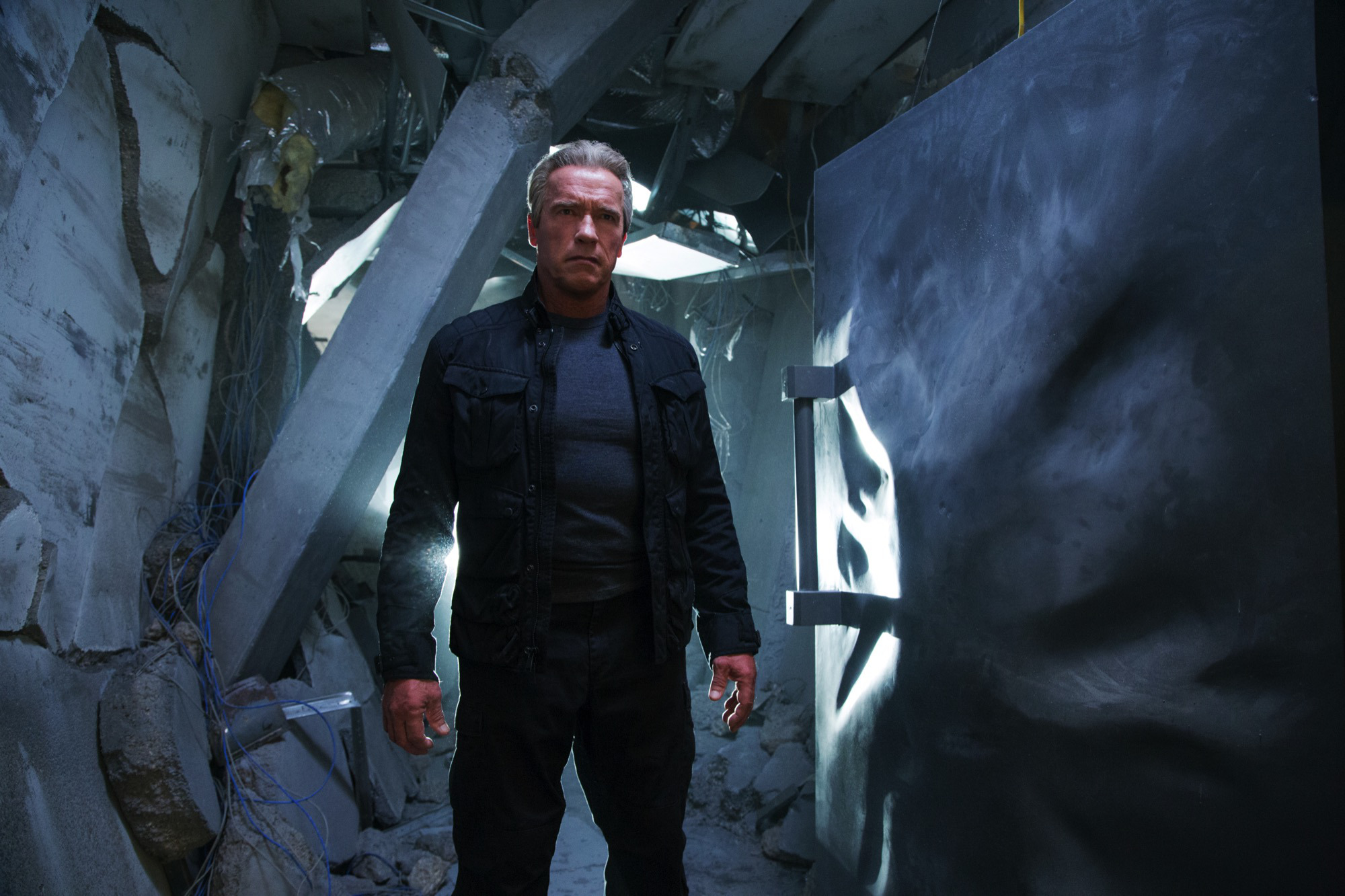 If anything, this movie proves that if you set your expectations low enough, anything will satisfy you.

Was “Terminator Genisys” necessary? No. Was it fun?  A bit.  Does it prey on your nostalgia? Eyup. At the end of the day, it’s just another “Terminator” movie, for better or worse. Everything you expect to see in a “Terminator” movie is here: guns, explosions, one-liners, Arnie. So if you just want to watch a rehash of the older “Terminator” movies, you might just enjoy this film. Everyone else need not attend.

So, what’s the plot this time? Pretty much just the second and third movies again: Stop Skynet before it goes online. Arnie gets sent back in time to protect his charge, throws and gets thrown by a technologically superior Terminator, the main male and main female bond and before you know it, credits. Except this is the first “Terminator” movie to include a shameless sequel plug, so it has that going for it. Not sure what else I expected from the guy who directed the only Marvel movie I can barely remember anything about. Thor was in it, right?

So what’s actually different this time? Well, Sarah Connor’s back (and played by Emilia Clark, the second “Game of Thrones” actress to stand in Linda Hamilton’s place), and this time, she knows the plot of the original movie, so that makes it a little awkward for her to be around Kyle Reese (Jai Courtney, who I might have actually liked a bit more than Michael Biehn). The two parents of future messiah John Connor (Jason Clarke) spend the first half of the movie dealing with the original Terminator plus a T-1000 (why are the T-1000s always cops?) alongside the T-800 (the Governator), before going to 2017 to stop Skynet from taking over the internet (again). From there, it’s another standard, we-have-24-hours-to-save-the-world, bullshit affair. Why couldn’t they just go to 2016? At least then they could get their bearings, maybe share some beers, watch the new “Star Wars” movie on Blu-ray.

But I digress. Afterward, they have to deal with John, who’s been converted into a T-3000 – which pretty much functions exactly like a T-1000 – so I’m wondering how disappointing the T-2000 could possibly be. And, like most action movie villains, the T-3000 doesn’t seem to know how to run, over half his dialogue is villainous monologuing and he misses too many opportunities to kill the heroes. If Skynet wanted its enemies dead so badly, it should have programmed the only agent it bothered to send without a mouth.

However, credit must certainly be given where it is due. Schwarzenegger is still a lot of fun as the Terminator, delivering lines that wouldn’t be nearly as funny without his emotionless delivery. In fact, I’m pretty sure that this may be the funniest “Terminator” film yet, and no, not unintentionally; I laughed a lot, and so did the rest of my theater (who were also laughing to the seriously unfunny trailer for “Pixels,” but still).  And the actions scenes will certainly whet anyone’s appetite for violence. Lotta bing bang boom, pew pew, you get my drift.

But bottom line, “Terminator Genisys” is nothing new. It’s pretty much just a rehash of the older films, for better or worse. There is sufficient humorous and nostalgic enjoyment to be had and decent action, too, but none of the performances are compelling, and there are more plot holes than there were bullets fired. But hey, if you want to watch people shoot holes in a robot and watch as those holes are slowly filled in with CGI over and over again for the umpteenth time, whatever floats your boat.

Alex Wehrung was disappointed at this movie for not being bad enough to make writing this review fun.

You’re serious in comparing Michael Biehn with Jai Courtney? What planet did you came from?

I think it might have exploded, I’m not sure.