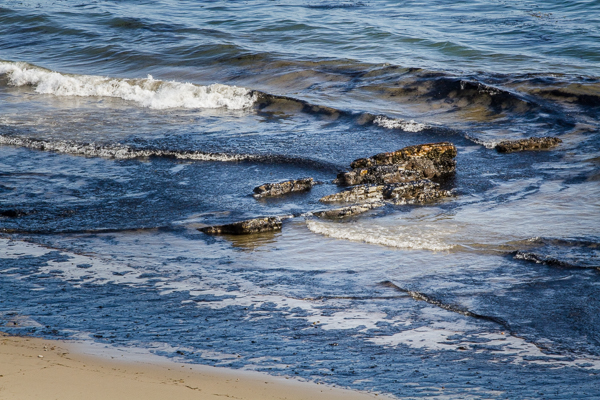 State Senator Hannah-Beth Jackson and Assemblyman Das Williams both are continuing work on legislation drafted following the Gaviota Coast oil spill last month, and El Capitan beach is scheduled to reopen to the public on June 26 after being closed in response to the spill.

A ruptured pipe belonging to Plains All American Pipeline Oil Company leaked over 100,000 gallons of oil, 21,000 gallons of which spilled into the ocean off the coast of Santa Barbara County on May 19. As a result of the spill, El Capitan beach and Refugio California state park were both closed to the public.

Jackson and Williams co-authored Senate Bill 414, the Rapid Oil Spill Response Act, while Jackson co-authored the Pipeline Inspections Bill and Senate Bill 788 with Senator Mike McGuire. Jackson will also serve as chair of the newly formed Senate Select Committee to address the spill, which also includes Senator Bill Monning who will serve as vice-chair, McGuire, Senator Ben Allen and Senator Fran Pavley. The committee will have its first hearing this Friday.

According to Jackson, it was difficult seeing the crude oil covering the beaches and the damage it caused to the environment.

“It was gut-wrenching to watch the birds suffering, many of them laden with oil,” Jackson said. “To smell the toxicity of the fumes, to see us have to close these spectacular state beaches which for that weekend had been sold out by Californians by all over the state who were coming to enjoy the Memorial Day weekend with our families.”

Jackson said she is working on SB 414 in an effort to make oil spill responses faster, more responsive and more environmentally friendly.

“We know if we had responded more quickly we perhaps would not be seeing the types of degradation that happened along those coastline,” Jackson said, “or the tar balls that washed ashore up all along the coasts of California where we see the tides and the currents from the central coast.”

Jackson said SB 414 will make use of local fishing vessels and volunteers to assist in oil spill clean-up and will require two oil skimmers in the coast of Santa Barbara to constantly be prepared for oil spills.

“It will create a local volunteering program for local fishing vessels to become paid contractors who can immediately assist and respond to these oil spills,” Jackson said. “It will also call for the prepositioning for two oil skimmers at all times along the Santa Barbara coastline to be ready for oil spills since we are continuously drilling in this area and the risk of oil spills remain today.”

Jackson also said the bill will call for a ban on dispersants, used to dispel oil from the surface of the ocean while also adding pollutants to the water unless the method is proven effective.

“It will reestablish the state’s fire marshals role and authority in inspecting federally regulated pipelines,” Jackson said. “SB 788 [serves] to close a loophole and to ban any new offshore oil drilling in what is a marine-protected area off the Santa Barbara coast called Tranquillon Ridge.”

Jackson said the Tranquillon Ridge is one of the most important bioregions on the planet and should be protected.

“If there is ever a place and time where we should commit to no new offshore oil drilling it should be here in this extraordinary area,” Jackson said, “and it should be now when the consequences of oil spilling is so fresh in our minds.”

According to Jackson, the “devastation” of the oil spill has unified the community to protect the Californian coast line.

“All of us represent different communities, but we all come from one coast, one California,” Jackson said. “This coastline has blessed us with this community, this coastline and our economy through tourism and fishing. Its benefits are priceless and it could not and should not be squandered or wasted.”

Williams said he sits on the Natural Resource Committee which will be working in conjunction with the Senate Select Committee.

“We will examine the chain of events, the timeline of the events, the cause and response to emergency as well as the short and long-term effects of this devastating oil spill,” Williams said.

According to Williams, the hearing will answer “alarming” questions that were raised as the spill was investigated including when the spill was first detected and how the oil company responded.

“It will reveal why local residents were the first to report the oil spill before the oil company did and how a breach in leak detection technology this serious occurred without raising alarms to the pipeline operator,” Williams said. “We need to find out that why a devastating oil spill could occur in this beautiful community.”

Williams said he is introducing bill Assembly Bill 64 to prevent future tragedies and to require pipelines in environmentally sensitive areas along the coast to use the best achievable technology to minimize the amount of oil released in a spill.

“This bill will additionally require the pipeline operator to include in their oil spill contingency plan a description of how their achievable technology will be used to lessen the oil spills,” Williams said.

According to Unified Command for the Refugio Oil Spill, El Capitan beach will reopen on June 26th after the beach and local waters have been cleared of harmful substances including oil and dispersants.

“Visitors are advised to arrive around noon on June 26th and everyone who had a reservation while the beach was closed was given a full refund courtesy of Reserve America,” Unified Command said in an email.

[Correction: This article previously said “Jackson and Williams co-authored Santa Barbara 414, the Rapid Oil Spill Response Act, while Jackson co-authored the Pipeline Inspections Bill and Santa Barbara 788 with Senator Mike McGuire,” however the correct names for these pieces of legislation are Senate Bill 414 and Senate Bill 788.]