The Daily Nexus
News
Community Rallies Against Energy Company Drilling Off SB Coast
June 25, 2015 at 5:00 am by William Leiva 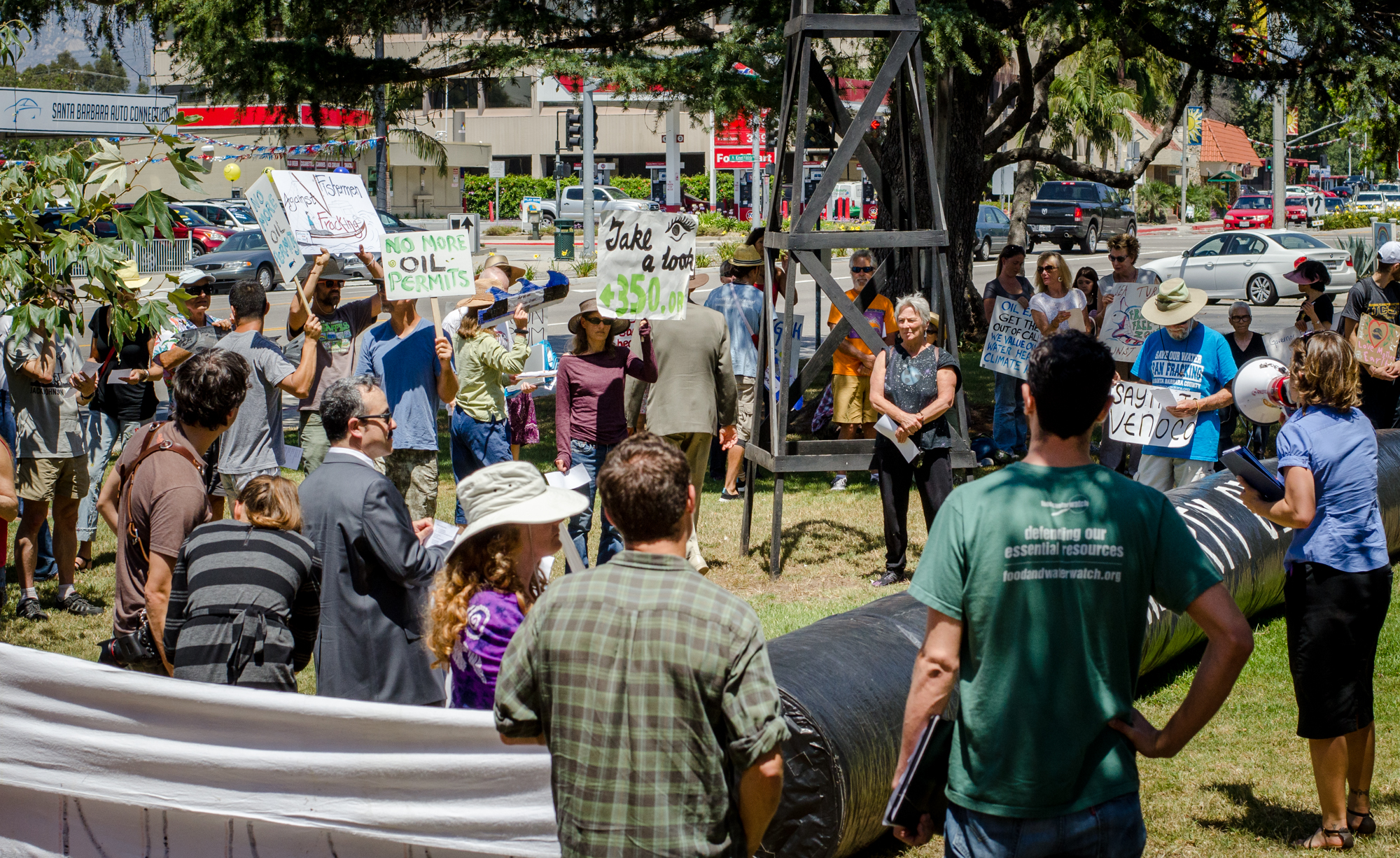 Santa Barbara community members held a rally Wednesday at the Goleta Valley Community Center (GVCC) calling on California Governor Jerry Brown and the State Lands Commission (SLC) to deny energy company Venoco, Inc.’s application for a permit to drill fossil fuel off the Santa Barbara coast, which would entail sending oil through the same pipeline that leaked on May 19, causing the Refugio Oil Spill.

If Brown and SLC grant Venoco its requested permit, the company would increase offshore drilling near Santa Barbara by tapping offshore tracts in areas currently protected as part of the California Coastal Sanctuary. Over 100 community members attended the rally, and participants held up an inflatable model of a pipeline and chanted throughout the hour-long event.

Center for Biological Diversity Attorney Kristen Monsell said it is “not the time” to expand fossil fuel drilling and Santa Barbara should instead welcome forms of clean energy.

“We, as humans, are in the midst of still suffering from the worst oil spill in California within the last 25 years,” Manzel said. “We need to rapidly keep that in the ground and work on getting these dangerous pipelines out of the ground.”

Offshore drilling has had a big impact on everyone. We want to reject these proposals. – Rally participant Thomas Rejewski

According to Monsell, the Refugio Oil Spill has been “devastating” for marine life and drilling proposed by Venoco could have even worse effects.

“The impacts of the recent spill has caused the deaths of 300 animals, 200 birds and 100 sea mammals including sea lions and dolphins,” Monsell said. “Their dead bodies get washed up on shore covered in tar, but these are only the numbers recorded.”

Santa Barbara resident and rally participant Eric Limen said the fossil fuel industry is willing to damage the environment because of its focus on financial gain.

“I think you do have to be so money-conscious and money-oriented and stuck in the industry, that you cannot think any other way,” Limen said.

According to rally participant Thomas Rejewski, Venoco Inc.’s proposal would triple current oil production off the Santa Barbara coast and would be an “environmental injustice” to Santa Barbara residents.

“Offshore drilling has had a big impact on everyone. We want to reject these proposals,” Rejewski said. “It is outrageous how it triples oil production. Thousands of gallons of oil is an extreme problem.” 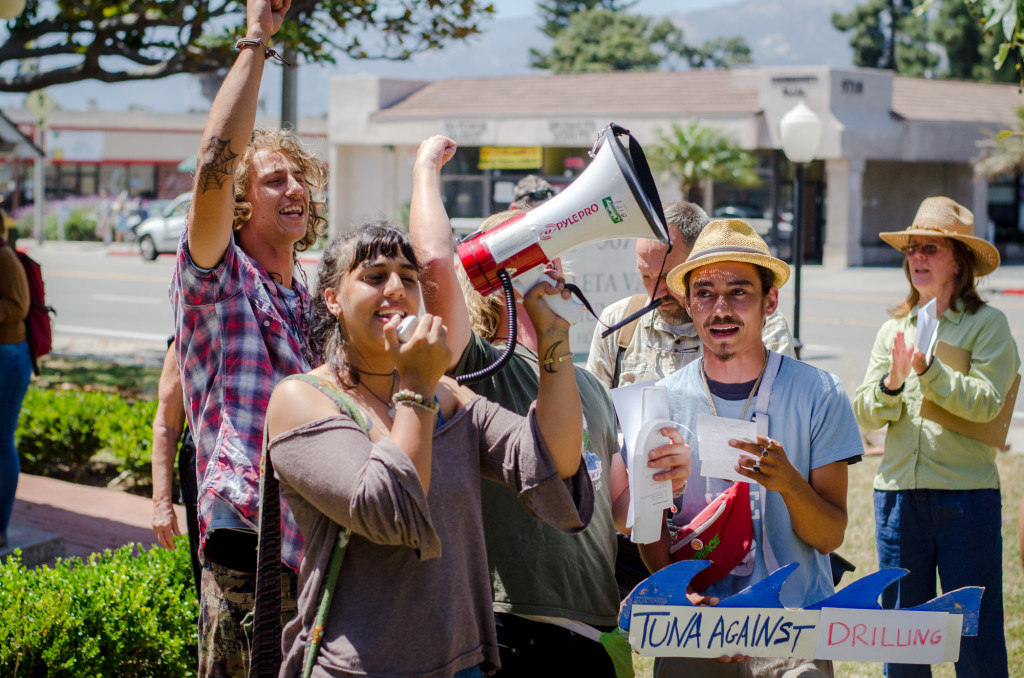 “We need to focus on decommissioning actual oil wealth and promote sustainable energy,” Rejewski said. “We do not need to ramp up oil production by extreme extraction. This is why we strongly ask to prevent the oil permit because we need to keep it in the ground.”

A rally participant said although people need energy for power, it should come from clean sources rather than offshore drilling.

“I’d like to address the people who think we need the oil no matter what,” he said. “I think it is true that we all need the Internet, our cellphones and drive our cars. But this dirty sulfurous oil is the worst oil as we transition to cleaner forms of energy. We do not need corporations to suck it out of the earth.”

“In order to slow down this rapid climate change the oil needs to stay in the earth,” Harold said. “It is not true that this energy is doing us any favors in the future, which is why statewide officials need to draw the line.” 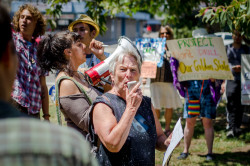 According to rally participant John Douglass, Venoco’s  proposed use of the existing pipeline to transport oil drilled off the Santa Barbara coast poses potential harm to Santa Barbara residents.

“This dangerous infrastructure will transport highly flammable and volatile crude oil through our neighborhoods in Santa Barbara,” Douglass said. “We need to focus all of our energy and efforts on clean and renewable energy.”

This write up is so biased its not even funny.
Your university and its overall system invests in oil production, leases out its property for oil productions and currently owns lands throughout the state that is leased to petroleum companies.

Include both sides of the story so that people can make up their own damned mind. Your institution has educated many people in the industry.
You’re propaganda is no better than the stuff that gets pushed into the public by mouth-breathing Republicans and Koch brothers.

“until they take a bath and shave, I’m not even going to listen to them” SLC president was overheard saying