The Daily Nexus
News
Local Politicians Plan New Legislation in Response to Spill
June 4, 2015 at 5:02 am by Cheryl Sun 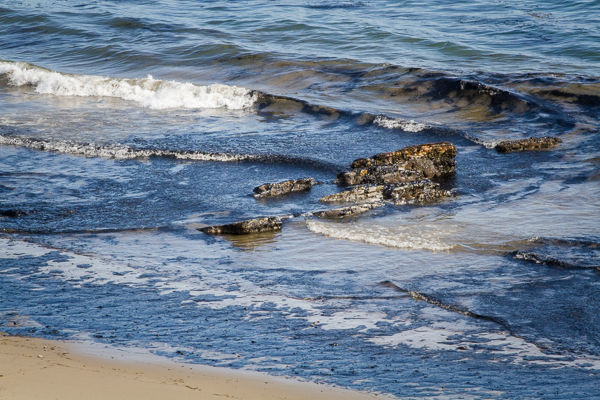 Jackson will be introducing two bills at the state level: the Rapid Oil Spill Response Act and the Pipelines Inspection Bill. The Response Act will allow fishing vessels to act as paid contractors to respond to oil spills, position two oil skimmers near the Santa Barbara coast and establish a temporary moratorium on dispersants — chemicals to break oil on the water’s surface down into smaller droplets, allowing it to mix more readily with the water — in state waters. Jackson’s second bill will require state and federally regulated oil pipelines to be inspected annually by the State Fire Marshal. Williams will also introduce one bill at the state level, which will require pipelines to make use of the “best available technology” such as automatic shut-off valves to decrease severity of future oil spills.

According to Jackson, fishing crews could work with the Office of Spill Prevention and Response (OSPR) to quickly address spills with their knowledge of the Santa Barbara waters.

“The fishermen, they know the ocean, they know this particular area as well, if not better, than anyone,” Jackson said. “These are very unique ocean waters off the Santa Barbara coast. This is the place where the warm southern currents meet the colder northern currents and that creates this extraordinary ecosystem.”

Jackson said her legislation will require at least two oil skimmers, which are vessels that gather oil from the ocean, in the Santa Barbara area. According to Jackson, the skimmers used initially during the Gaviota Coast oil spill came from Los Angeles and did not arrive until 5 p.m. that day though the spill was reported at noon.

“We need to [make sure] that there are skimmers in the areas where they are actually doing the drilling,” Jackson said. “They’re drilling in L.A., but they’re also drilling in Santa Barbara and to have those skimmers six hours away, there may well have been a significant factor in the spread of the spill,” Jackson said.

Williams said the oil spilled by Plains All American Pipeline’s pipe two weeks ago could have been lessened had there been shut-off valves in place. Under Williams’ new legislation to be passed at the state level, the valves will be required for all pipelines.

“In light of this particular instance, the County requires all pipelines in the County to have automatic shut-off valves,” Williams said. “This was the lone pipeline that does not have it, because of an age-old lawsuit that determined that the County could not provide that regulation alone. Well, the answer is then we need to have state regulation to require that.”

According to Jackson, the use of dispersants would be temporarily halted under her new bill until the U.S. Environmental Protection Agency finalizes policies on dispersants. Jackson also said the only way to prevent oil spills is to stop drilling altogether.

“This spill is a very sad but dramatic reminder that oil spills will happen if you allow drilling to take place,” Jackson said. “What we want to do in that area, which is a marine protected area — a very sensitive area — is to protect against the possibility of drilling off that coastal area.”

Williams said he believes the state government will be more efficient in passing oil spill legislation than the federal government.

Oil Spill Eater II could have prevented the spill from spreading had OSE II been utilized immediately as was the case in Nigeria for a larger spill of 125000 gallons of oil. The oil in Nigeria went out in the Atlantic then started being carried ashore, covering 18 kilometers of shoreline or 5200- acres of soil with sensitive mangroves. Because OSE II was deployed immediately on the open water this prevented the oil from spreading any further down the shoreline, and once con trainers of OSE II arrived by air freight in a couple of days crews started applying OSE… Read more »