The Daily Nexus
Sports
Farewell to UCSB, Hello to the Future: Mark Salay
June 4, 2015 at 5:01 am by Mark Salay 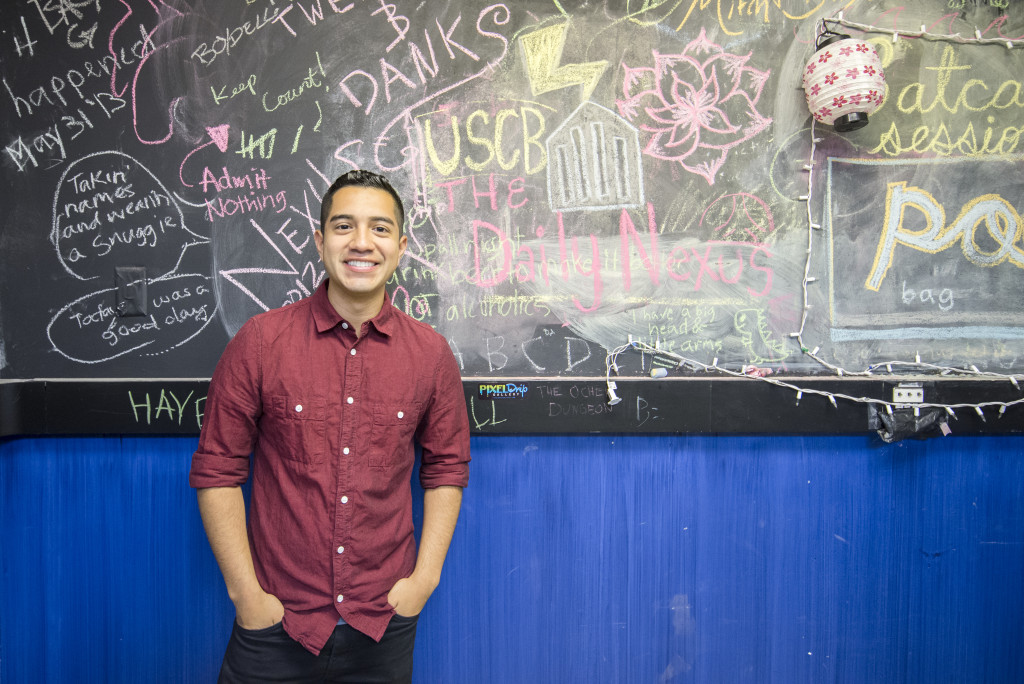 This piece, which I hope you are reading from the print edition rather than online, is my final as sports editor and as an undergraduate. In four years, I have interviewed dozens of disgruntled coaches, attended countless games, sweated over making deadlines and spent far too many long nights in an office with no lights.

Editors at the Nexus come and go as much as the Oakland Raiders change coaches, but sports editor is the one that is always coveted. I had to wait three years for my turn: one year learning the ropes under Brent Pella and Ryan Porush and two more waiting patiently under Paul Michael-Ochoa and Kristen Henneman.

It seemed the hemorrhage would stop at three print editions a week, but it didn’t. Going down to one print issue a week this year was a punch to my stomach, seeing something you cared about deeply being gutted. But it was there that we realized we had to be the torchbearers for the next phase of this paper. Collectively, we made strides and made progress in an industry that was changing each day.

The Nexus is in good shape, and although we may not print as often, the voice of the student is still alive, the quality of the content remains the same and I will always stand by it.

I was blessed to work alongside dedicated individuals who I had the pleasure of calling friends and not just colleagues. I will start with my co-editor Michael Jorgenson, who bailed me out countless times; without your help we wouldn’t have been able to deliver the amount of excellent writing we did this year.

Thank you to Dustin Harris for delivering us awesome photos all the time and shout out to Liana and Kimberly for being the distraction I sometimes needed in the office. And to Carissa as well for ushering the Nexus into its next phase of life.

My job wouldn’t be possible without a staff of passionate writers working for me. Thank you to Martin Cobos, Sarah Stigers, Daniel Moebus-Bowles, Edward Moss, Jack Mathews and Sean White. Y’all crushed it this year. Sean, I know you will do amazing as next year’s editor.

I also want to acknowledge some of the coaches I got to know over the years beginning with Gregg Wilson, who gave me my first glimpse to UCSB athletics. Thank you to Brie Galicinao, Paul Stumpf, Andrew Checketts and especially to men’s basketball coach Bob Williams for shaping me into a better reporter.

To you, the reader, I am grateful for the support and engagement given to the paper. Overall, it is you that makes the Nexus thrive.

On a more personal note, thank you to my friends and everyone who took the time to read my articles, ask me how the job is going or stopped me and said, “Nice work.”

I remember being an 18-year-old, knocking on the Nexus office door and Ryan Porush (sports editor 2011-2012) opening the door asking me if I was there for the orientation. That day started it all. It was here at the Nexus where I learned the little things, saw the importance of journalism and became a better person because of it.

Towards the end of my freshman year, I was sitting in the Nexus Sports office next to Brent Pella as he was writing his own editor farewell. He was suffering from writer’s block. I thought to myself, that’s probably going to be me some day. Now that the day has arrived, I’m not sad about it, I’m just glad it actually happened.

A version of this article appeared on page 9 of June 4, 2015’s print edition of the Daily Nexus.