The Daily Nexus
News
Farewell from Nexus Editor in Chief
June 4, 2015 at 5:01 am by Carissa Quiambao 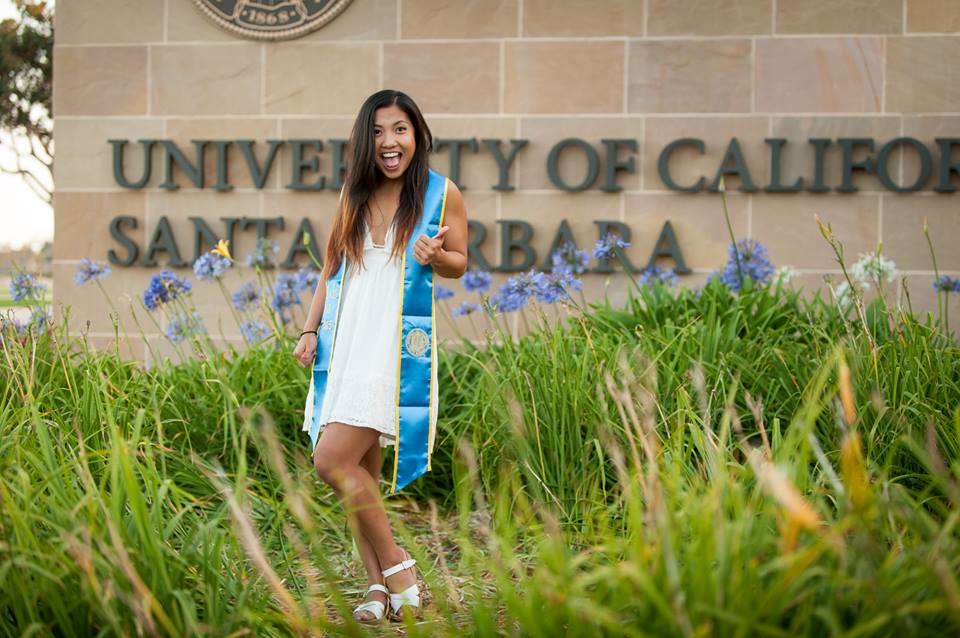 “A free press is the nexus of any democracy,” philosopher Robert Maynard Hutchins once said. A seasoned author in educational theory, Hutchins wrote a great deal about what he thought universities should look like. In his book The University of Utopia he says, “The object of the educational system … is not to produce hands for industry or to teach the young how to make a living. It is to produce responsible citizens.”

We’ve heard this a billion times before — universities with brightly polished mission statements claiming to “produce upstanding citizens” and pledging “a commitment to public service” and to “make the world a better place” and blah, blah, blah … But do those words ring true?

Well then, if the university has been the theoretical basis of my education, there is no question that the Daily Nexus has been my education in practice — my labor, my lifeblood and my intellectual love.

I admit, I haven’t been the best scholar these past four years. But can you blame me? How could I possibly spend time pouring over pages of textbooks with static words when the Nexus has given me the opportunity to create impactful stories right now? How can you expect me to sit alone in a library cubicle, tuned out of the world, when I have a chance to go out and have dynamic conversations with authors, educators and intellectuals writing the texts that shape my surroundings in the here and now? And how can I possibly wait months for a single, solitary letter grade when I can craft scores of letters into meaningful words that help my community — not next quarter, but today.

Yes, a scholarly education is essential, and it is vital to thoroughly understand how things operate and why they do so. But it is just as essential to take conventional knowledge and transgress it — to seek to understand the world not just from the high rises of ivory towers but also through the lenses of people on the ground, from the movers-and-shakers of contemporary society.

“A free press is the nexus of any democracy,” is a bold statement to utter during a time when American government and media grow more and more unpopular each day. But if four years of political science courses have taught me that our system of governance is far from the democracy it claims to be today, then the Nexus has taught me how to find it; how to seek true democratic values and foster them; how to zero in on substance, action and truth; how to advocate for the things that hold fast when idealistic ivory towers wither away.

At the Nexus, I’ve been pushed beyond my limits. I’ve had my intellectual capacity challenged, my fears unearthed and thrown at my face and my ethics put to the test, day after day. I’ve had countless sleepless nights fighting against fatigue to finish articles. I’ve had readers, authority figures and mobs of people verbally attack me for stories I did or didn’t run. I’ve had days where it literally felt like my soul had been sucked out of my body and laid out to dry atop thousands of freshly printed newspaper sheets.

And if I had the chance, I’d do it all again.

Because for every hour of sleep lost, and for every letter written to me with poor grammar and fiery condemnation (there’s a lot of them) and for every moment I’ve felt like I would die in the Nexus office, right there and then, there are those moments — those glimmers of meaning so subtle and so barely perceptible, yet so brilliant and so goddamn poignant that I can scarcely keep my soul from overflowing with love and gratitude for everything the Nexus has given me.

There is a magic in the office that is undeniable, and it’s a kind of magic they don’t teach you in school (or in Hogwarts … maybe). It’s a Nexus spirit, if you will, that allows you to work to the bone and at ungodly hours, to think in unorthodox ways and with eclectic groups of people and to act with boundless empathy and an inhumane passion, all in order to produce something beyond one’s self. It fosters individuals that think and create in avenues that transgress convention so that the surrounding community can be a better place.

Truthfully, I could never really leave. Like many before me, I have every intention of carrying this overwhelmingly valuable spirit with me wherever I go. So cheers, Nexus! Cheers to a bittersweet goodbye to you, and a promising hello the world.

Seriously. Pitchers on me.

A version of this story appeared on page 8 of Thursday, June 4, 2015’s print edition of the Daily Nexus.