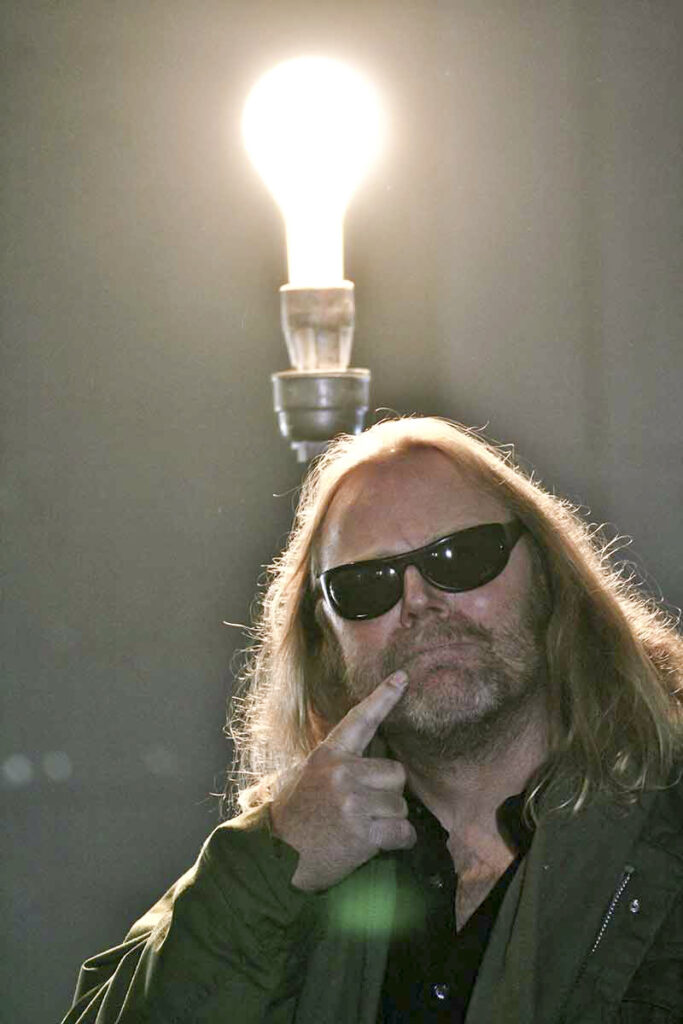 Any student-coordinated event that exists outside the realm of the two hour SRB multipurpose room shindig is something that deserves applause. When a group of college kids get together and learn the business of planning, budgeting, scheduling and reaching out to talent, magic happens. But at this year’s Reel Loud, the 24th anniversary of the adored silent film festival — gosh, I hate to say it — the student coordination wasn’t as seamless as it could have been.

First, the MCs were a bit awkward and lacked enthusiasm. Perhaps they were nervous or placed in at the last second, but the role of an MC is to butter up the crowd with corny jokes and provide easy transitions for performing acts. Reel Loud’s MCs did nothing of the sort and committed the ultimate MC crime: pronouncing names incorrectly. It was awful to listen to ten minutes of “Shag-nes-sai” when the silent auction winners were announced. Of course, it was impossible to do a night-before practice of winners’ names, but a five minute run-through before stepping out onstage would have done wonders.

Another issue at Reel Loud was that parts of it were just plain random. DJ Allie from KCSB 91.9 FM came onstage in between Act I and II, and sat herself on a stool with a Macbook on her lap. She proceeded to play a 15 minute mash-up of famous movie lines and electric beats. The set featured flavorful movie throwbacks like “Ferris Bueller’s Day Off,” but the DJ’s placement atop a stool in the middle of the stage was random at best and boring at worst. DJ Allie is an enormously talented individual who runs KCSB, but having her sit cross-legged with a laptop and a spotlight shining on her pigtails was not the most entertaining situation at a film festival. Perhaps she could’ve been given a table to lean on and dance around, like a concert DJ.

But the most uncomfortable part of the night was when a music professor came onstage to grant music video legend Wayne Isham with the Inspiring Alumni Award. The music professor meant well, but his history lecture on MTV changing lives and how all Isham needed for his video for “Girls, Girls, Girls” was “motorcycles, girls — better yet — strippers,” was a little out of control. He kept going on and on with his life story, and kept getting cut off by a guy on the sidelines. It was painfully awkward to watch, like when your mother tries to be groovy and tells your friends she’s into wearing thongs now, like the underwear kind. Bleh, mom.

When Isham finally hit the stage, he smoothed the crunchy peanut butter moment and stole the microphone. “I am so proud to be a fucking Gaucho,” he roared to the crowd. Isham is one badass cool dude who has directed classic videos for everyone from Metallica to Backstreet Boys. The music video legend lavished the films with compliments and made everyone feel good about themselves.

“I sat back in my chair and went — oh. My fucking god! You’ve got THAT going on here! The music department kicks ass, the film department kicks ass. I am so proud to be a Gaucho,” Isham said, his gruff voice roaring out from beneath a thick beard. Long golden-gray hair shook around his face as he talked. The man looked straight out of Hells Angels and muttered f-bombs like there was no tomorrow.

“YOU inspire me. Forget about being alumni inspiration, I’m talking about the new generation. The new generation! You guys fucking rock … I need to start a new production company right here … this event was mind-blowing.”

Given that Isham is a star director — the man did “Livin’ La Vida Loca” — his assessment of Reel Loud holds great weight. And in all honesty, the event’s content was pretty good. Art displays mixed with refreshments and a silent auction provided entertainment before the reels spun. Performances by a capella groups Vocal Motion and Brothas From Otha Mothas were met with a warm reception. The event itself — a silent film festival accompanied by live music — is a fantastic concept, and was executed as smoothly as 12 films with 12 different bands could.

The films were short. Each was under seven minutes and was accompanied by a live ensemble. A favorite was “Choices,” a film by fourth-year physics major Michael Shaughnessy and second-year English major Kayla Barajas. “Choices” portrayed a hospitalized young man as he tried to replay what decisions he made which led to his accident. Heavy guitar strums built energy that complemented the fast scene changes.

Other notable films included “Ten Toes,” which shows a man with the embarrassing problem of squeaky feet, and “Holy Grail,” a black-and-white movie about a depressed man who digs up a treasure chest that gives the gift of confidence. “Holy Grail” had the good fortune of having a soundtrack written by Azeem Ward, the world-famous flautist.

The reel that took home all the glory was “Out,” a cinematic creation by Emma Manley and Stefan Le. “Out” was Manley’s coming out story, and shows her chopping off her hair as she embraces her gender fluidity. It was beautifully shot with brilliant angles, and won the audience choice, cinematography and Scott Wells golden reel awards.

A tender moment arose at the festival when “I.V. Strong” played scenes of last year’s memorial events. Almost exactly a year ago, film and music students were at Reel Loud when they heard the news that six fellow students had been shot. It was the site of disbelief. The inclusion of “I.V. Strong” allowed everyone to take a moment, reflect, and shed a few tears. It proved cathartic, especially when art professor Kim Yasuda came onstage to speak on the BLUNITE I.V. project.

All in all though, Reel Loud 2015 could have exercised cleaner organization. But what the hell — if Wayne Isham said the event was mind-blowing, it might as well be true.

Hi! Thanks for the kind words for our film, but I have to say that I think this article is being a little unfair to the festival itself. I thought the night went really well and served its main function, which is to provide a space for artists, musicians and filmmakers to come together make something really unique and cool. I just think the focus should be on the how much talent and creativity we were able to see coming from UCSB, which we would not have been able to have without Reel Loud and the people who organized it.… Read more »

Thank you for giving visibility to an extraordinary event on our campus. The Reel Loud Film Festival gives opportunity and visibility for student artists and musicians on campus. The event fills up our largest lecture hall, Campbell Hall, and hosts an art show where students can win money to create even more art. There were two live a capella performances, a DJ, and a live concert band, not to mention the wide variety of live musical accompaniments that supplemented the films on screen (the films being the center piece of the event). Past Reel Loud Film Festival’s have also showcased… Read more »