The Daily Nexus
Sports
Baseball Set to Host First Ever NCAA Regional
May 28, 2015 at 5:09 am by Sarah Stigers 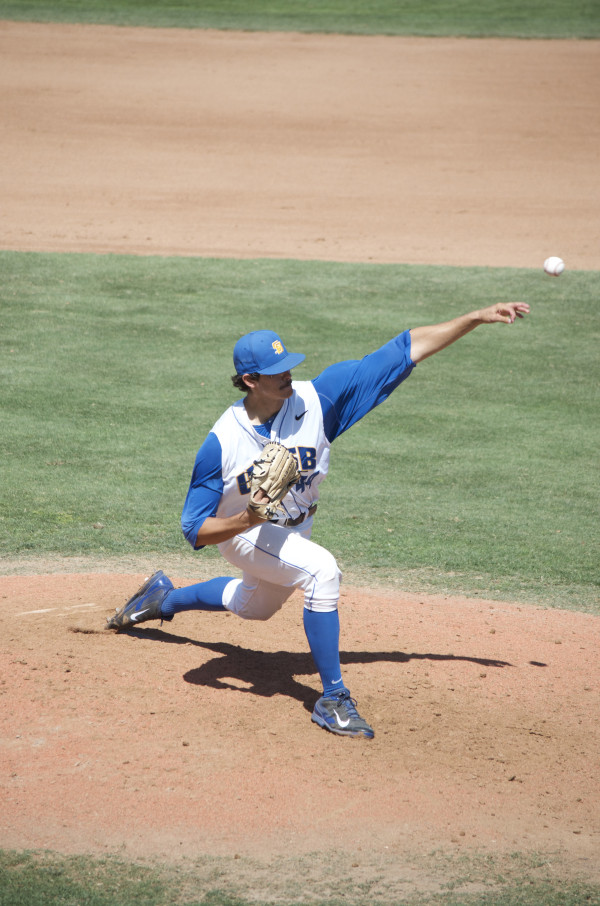 The UCSB baseball team ended a rough weekend on a positive note as the team was chosen to host an NCAA regional at Lake Elsinore this weekend as a No. 1 seed.

The Gauchos ended their conference season with two losses to last place UC Riverside this past weekend. Santa Barbara ended the regular season with a 40-15-1 overall and 16-8 conference record.

Cal State Fullerton is the other team from the Big West advancing to the postseason after clinching the conference title with a 34-22 overall and 19-5 conference record.

Last weekend, the Gauchos kicked off the three-game series with a 20-2 win over the Highlanders. The series quickly took a turn for the worse for UCSB as Riverside claimed the following two games 3-2 and claimed the series win.

However, an upset weekend turned into an exciting Sunday as the Gauchos were awarded the opportunity to host an NCAA Regional for the first time in UCSB baseball history. This will be the third time the team has appeared in a regional tournament since 2000.

The tournament will kick off tomorrow in Lake Elsinore. In the first game, No. 2 seed USC will play No. 3 seed Virginia at 3 p.m. The No. 1 seed Gauchos will play in the second and last game of the day against No. 4 seed San Diego State. The tournament will be played in double-elimination style.

San Diego State went 40-21 overall in the season and is entering regional play with a five-game win streak. However, standing in the way of extending that win streak is the UCSB pitching staff, which is entering the post season with the nation’s third lowest collective earned run average at 2.39.

At the end of the conference season, the Gauchos remained league leaders in batting average as they hit for a collective .291 and maintained a .977 fielding percentage. Hoping to stop the Gaucho lineup is right-handed Aztec pitcher Bubba Derby, who boasts a 7-4 record and the sixth most strikeouts in the NCAA. Derby has put away 122 opposing batters this season.

The Gauchos led the conference in numerous statistical categories all season, resulting with 10 Gauchos earning All-Big West honors. Among the most prestigious honors, senior outfielder Cameron Newell was named Co-Field Player of the Year. Juniors in pitchers Domenic Mazza and Dillon Tate and utility player Robby Nesovic were also named to the All-Big West team. [[ok]]

The Gauchos will play their first game in their hosted regional tournament tomorrow at 7 p.m. against San Diego State. The winners and losers of the Friday games will play each other on Saturday.