The Daily Nexus
News
Stakeholders Discuss Misconceptions, University Involvement
May 27, 2015 at 2:13 am by Noah Brennan-Greenbaum 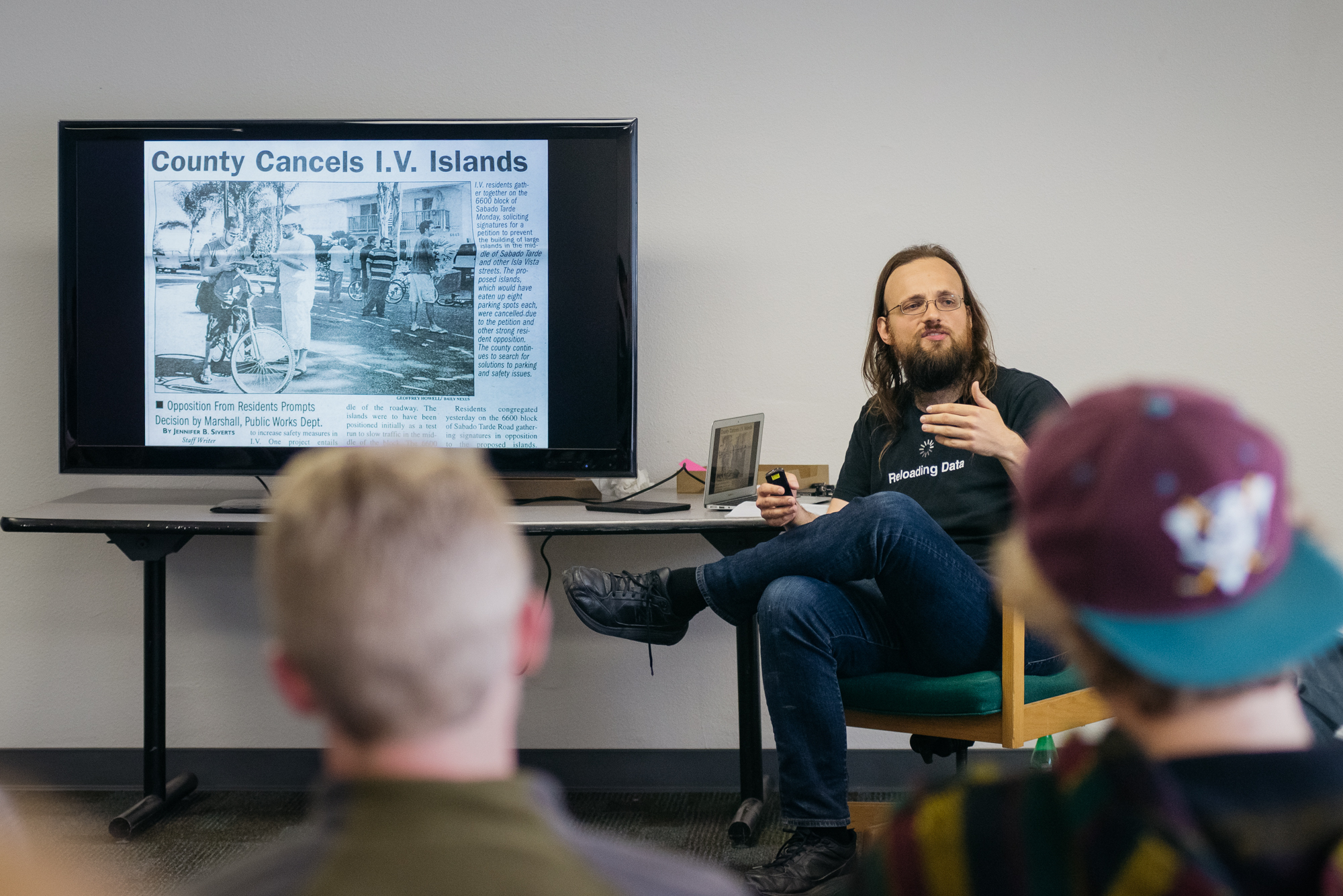 Local business owner and UCSB alumnus Jay Freeman delivers a presentation on the history of self-governance in Isla Vista, and problems the unincorporated area has faced. Hari Patel/Daily Nexus

Williams proposed AB 3 in December to establish a Community Services District (CSD) in I.V., which, if passed, would tax residents using a Utility Users Tax (UUT) and would garner funds to improve public services in I.V., such as parking and lighting. UCSB Alumni Affairs Office Assistant Vice Chancellor George Thurlow presented an update on the university’s position regarding the inclusion of the university in the CSD as outlined in AB 3. Local business owner Jay Freeman gave an hour-and-a hal- presentation on pressing issues in I.V., past attempts to incorporate I.V. into Goleta and Goleta’s cityhood process.

Freeman said stakeholders should consider going through the LAFCO process to assess whether or not I.V. could become a CSD.

Thurlow said UCSB is not opposed to a CSD, but does not want the university to be included within I.V.’s boundaries because of the unknown precedent it may set for the UC system.

According to Freeman, I.V.’s problems such as parking and lighting will not be immediately solved by the establishment of a CSD, as some students may believe.

“The issues here just kind of stay, and I think it’s something we don’t spend enough time talking about, which is kind of the difference in mindset between students,” Freeman said.

Freeman said there have been previous efforts to divert I.V. celebrations, such as Halloween, into more structured events.

“In 2003 we actually had Dia de Los Muertos celebrations on October 31,” Freeman said. “I think it’s interesting that we were already having events on Halloween.”

Freeman said the current LAFCO board should not be judged based on decisions made by boards in previous years since its members change every year.

“If you really think that LAFCO in 2001 was a horrible, horrible thing, they’ve replaced their staff, and now have internal staff they don’t contract out anymore,” Freeman said. “All of the commissioners except these two, one of whom is in the room [Craig Geiser] and has been very friendly to us.”