The Daily Nexus
Literature
Hole in the Brain, Whole in the Mind: Cole Cohen Launches Her New Book Titled Head Case
May 27, 2015 at 8:00 am by Phi Do 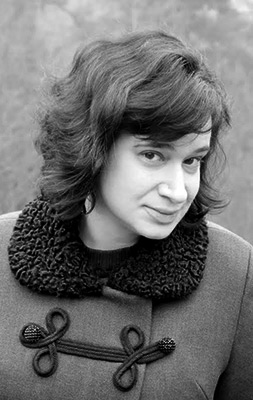 Sitting in the neurologist’s office in the middle of June 2007, Cole Cohen grips the arms of her chair and stares at the MRI displayed on the monitor. A black and white splice of her brain flashes on the screen as Cohen focuses on an inky black spot the shape of a lopsided heart in the picture. But it’s no smudge on the film or a medical conundrum she doesn’t understand. There’s no question about it: Cohen’s brain contains a lemon-sized hole.

The hole resides in the parietal lobe, which integrates sensory information from different modalities such as spatial sense and navigation. Since kindergarten, Cohen struggled with various learning disabilities which manifest themselves in everyday life. This encompassed difficulty lacing shoes, inability distinguishing between left and right and inaccuracy determining a vehicle’s speed (this has caused complications crossing the street.) Because her unique condition presents an array of difficulties, Cohen must create her own solutions. Head Case: My Brain and Other Wonders is her first book, which documents her journey as she navigates around her world of mirror handwriting and confusing grocery stores.

Adorned in a bright green dress, Cohen took to the podium of the McCune Conference Room on a Tuesday to promote her memoir. Pulling up a projection of Colepedia (Head Case’s imitation of Wikipedia), Cohen lead the audience through the different roles and functions of the parietal lobe and, specifically, how her lack thereof can develop several interesting results: “poor handwriting (dysgraphia), difficulty judging distance, speed or time, left right confusion, inability to calculate (acalculia) … [and an] affinity for brunch,” Cohen said.

Following Colepedia, Cohen read aloud excerpts from her book. In writing this memoir, she drew inspiration from Rebecca Solnit’s The Faraway Nearby, whose epigraph marks the beginning as well as sets the structure of her work. Solnit describes a labyrinth as a device that compresses a path into a small space, ensuring that to reach the end, one must wander and spin about before arriving at the destination. This overwhelming journey involves “beginning, confusion, perseverance, arrival and return,” words Cohen uses to label the different sections of her book.

Head Case follows a linear timeline with dates indicating different aspects of Cohen’s life such as her doctor’s visit when she received a diagnosis of a hole her in brain big enough to hold about 20 eyeballs, as well as her time as Writing and Critical Studies MFA student in the California Institute of the Arts. As Cohen describes her experience, she frequently makes connections to things that affected her life. She expresses her fears of undertaking a teaching assistant job due to past expectations to follow rather than lead. She worries about her actions when presented with her diagnosis, feeling as if they will determine if she is an adult or still a child. Cohen doesn’t just allow the reader to follow her journey; she guides them to her line of thinking.

Cohen’s writing proves that it certainly doesn’t. Interspersed between these explicit events are places where Cohen constructs meaning through abstract scenes. For example, she proposes a National Bank of Memory where she works as a teller, clad in a blazer, silk scarf, fake pearls, stiff skirt, stockings and block heels. She robs this bank daily, wearing a black turtleneck and carrying a giant “fuck off” gun like Patty Hearst.

“I stick the butt of the gun in my terrified, bank teller face and scream ‘Everyone down on the floor!’ But there’s just me, so I get down on the floor,” Cohen said. “By writing down my memories, I commit identify fraud for myself. This is how I build my new identity, by pillaging my memory.”

With this book, Cohen shows she wants to do more than simply make connections from her life; she wants to extend this bond to her readers, dedicating Head Case to “anyone who has ever felt invisible.”

“Once I decided that was what I was going to dedicate the book to, it really helped me to feel less like it was all about me, me, me … it helped me to turn it outward some more,” Cohen said.

Head Case is more than just a memoir. It aims to connect with readers and concerns itself with exposing the problem of an invisible disability. And what better way to acquaint the public than to grant them access to her own mind?

As Cohen herself says in Head Case, “C’mon. Let me show you around.”