The Daily Nexus
Photo
In Photos: Candlelit Vigil
May 25, 2015 at 9:59 pm by Daily Nexus Photography

This Memorial Day weekend, UCSB students and Isla Vista residents honored and remembered the lives of George Chen, Katie Cooper, James Hong, Christopher Martinez, David Wang and Veronika Weiss. The march started from Storke Tower, where a dance piece titled Not One More and an a cappella performance of “Amazing Grace” took place. Everyone was given blue LED candle tea lights as part of the Blunite IV campaign. 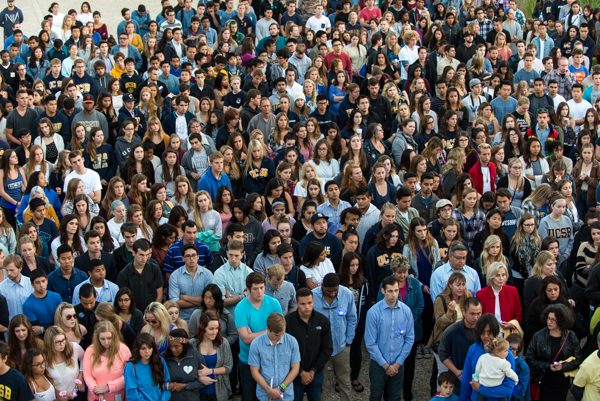 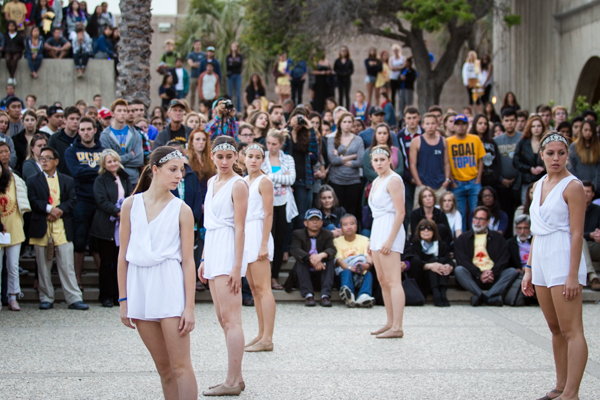 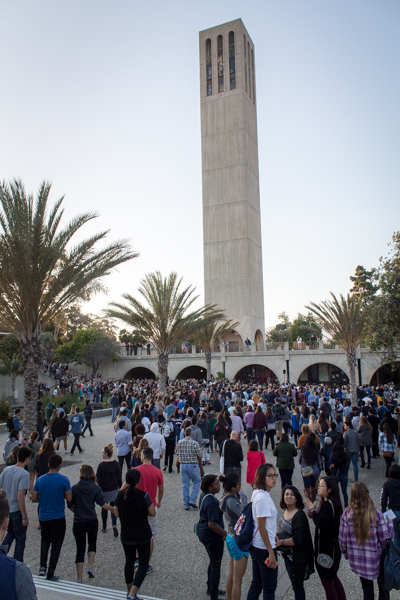 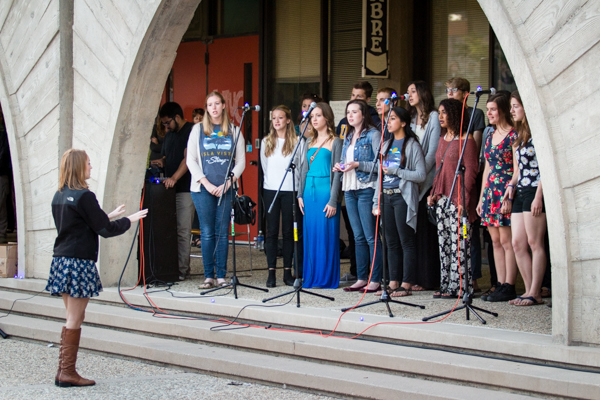 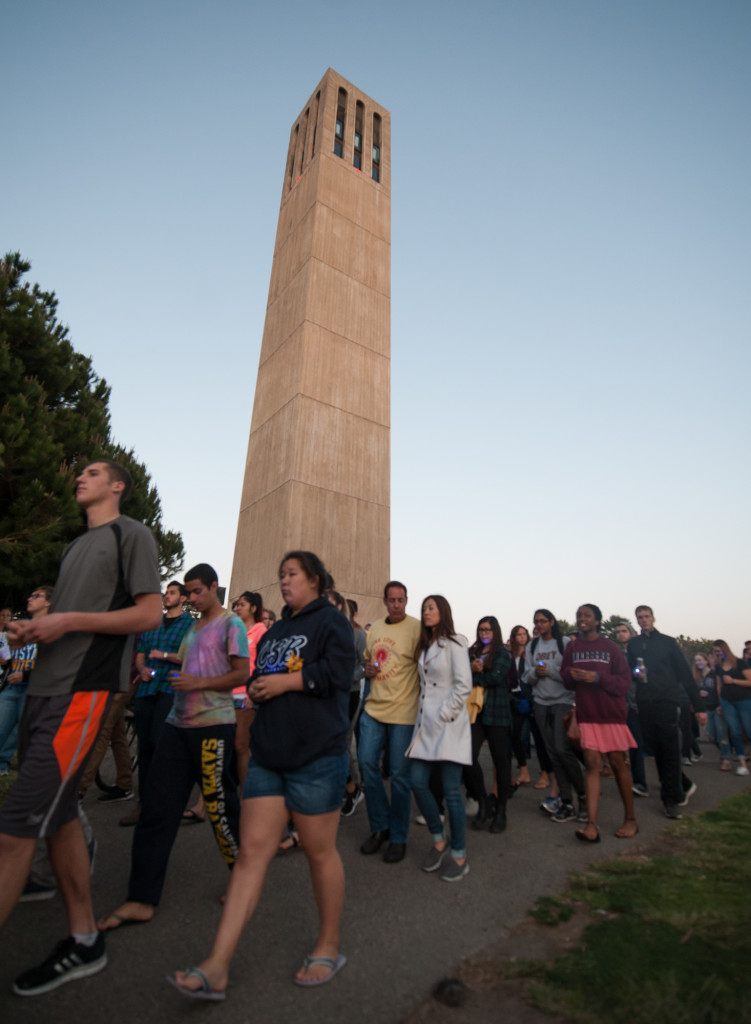 UCSB students and vigil attendees solemnly walk past Storke Tower as they make their way to People’s Park in Isla Vista. Photo Courtesy 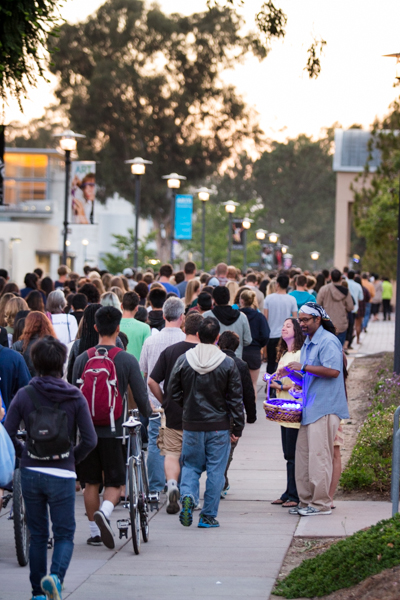 Everyone was given blue LED candle tea lights as they marched towards Isla Vista. McLane Brown/Daily Nexus 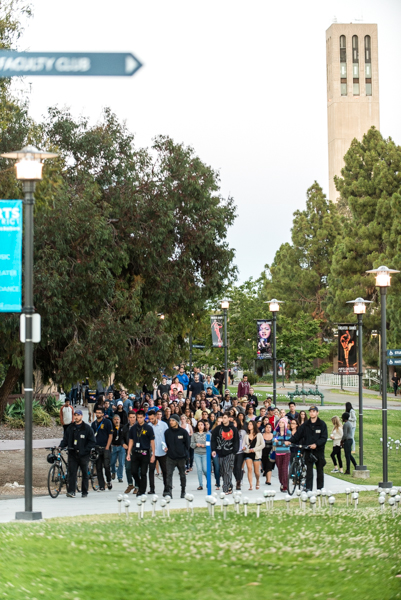 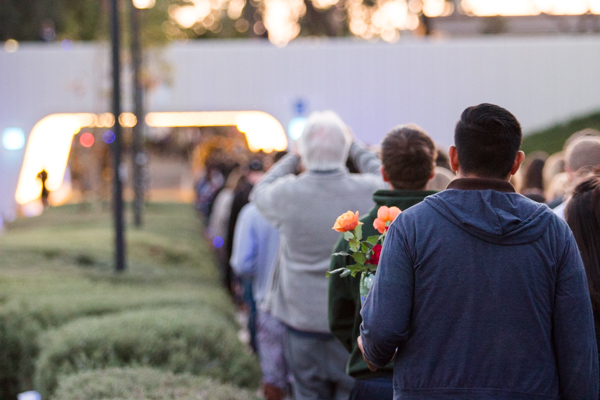 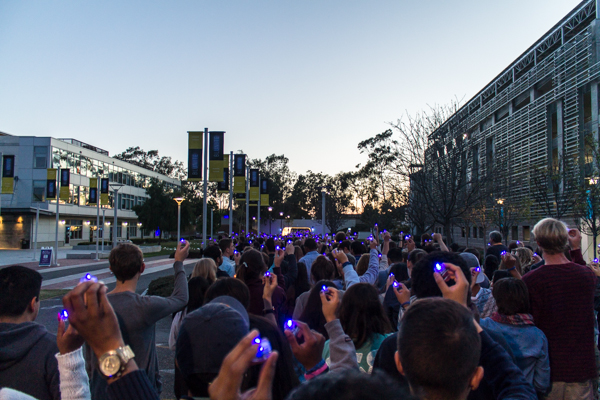 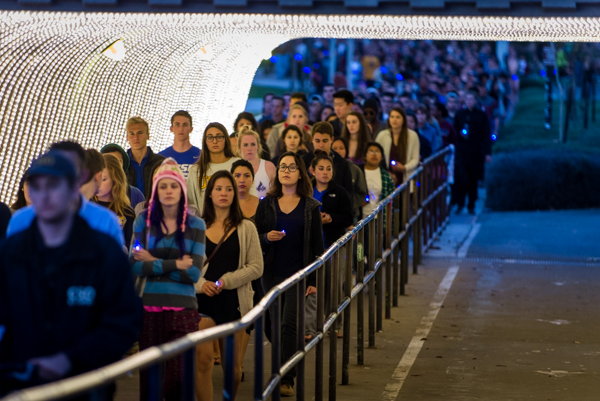 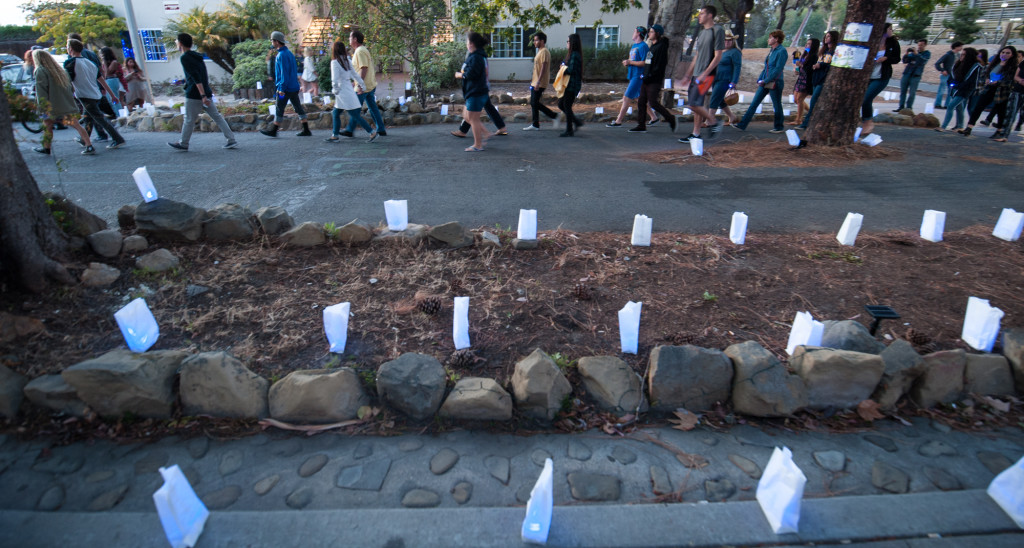 Hundreds of paper bags illuminated with blue LED lights were used to mark the path of the march. Photo Courtesy 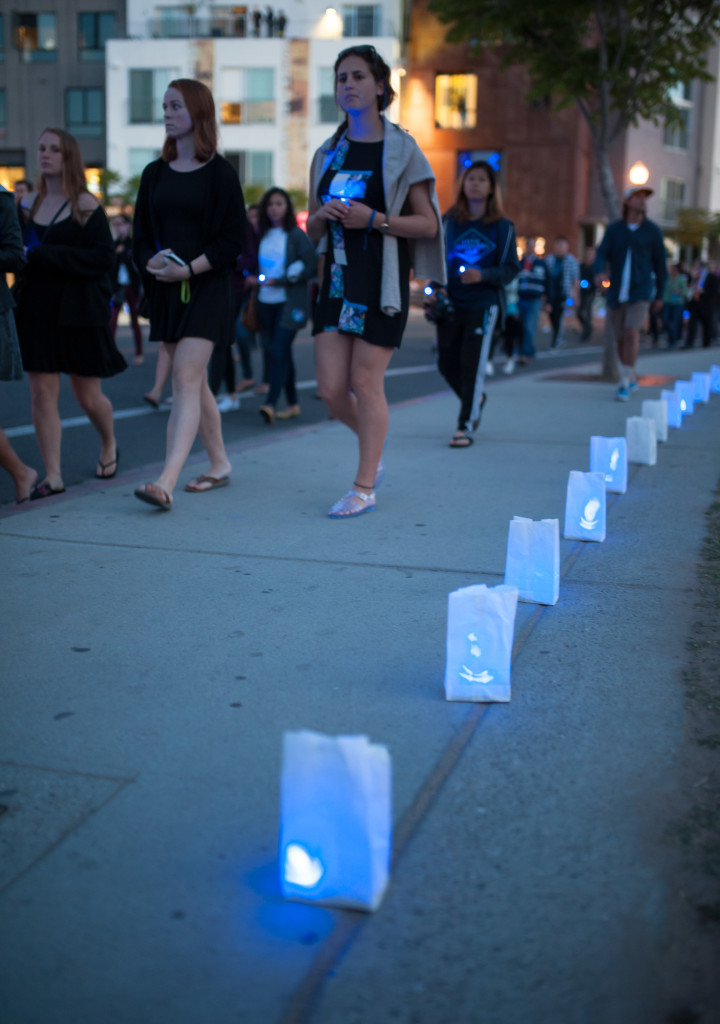 UCSB students, Isla Vista residents, and other attendees walk past hundreds of paper bags illuminated with blue LED lights, which were used to direct the route of the march. Photo Courtesy 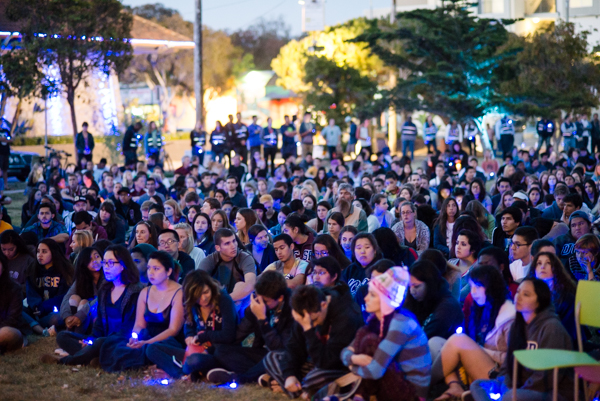 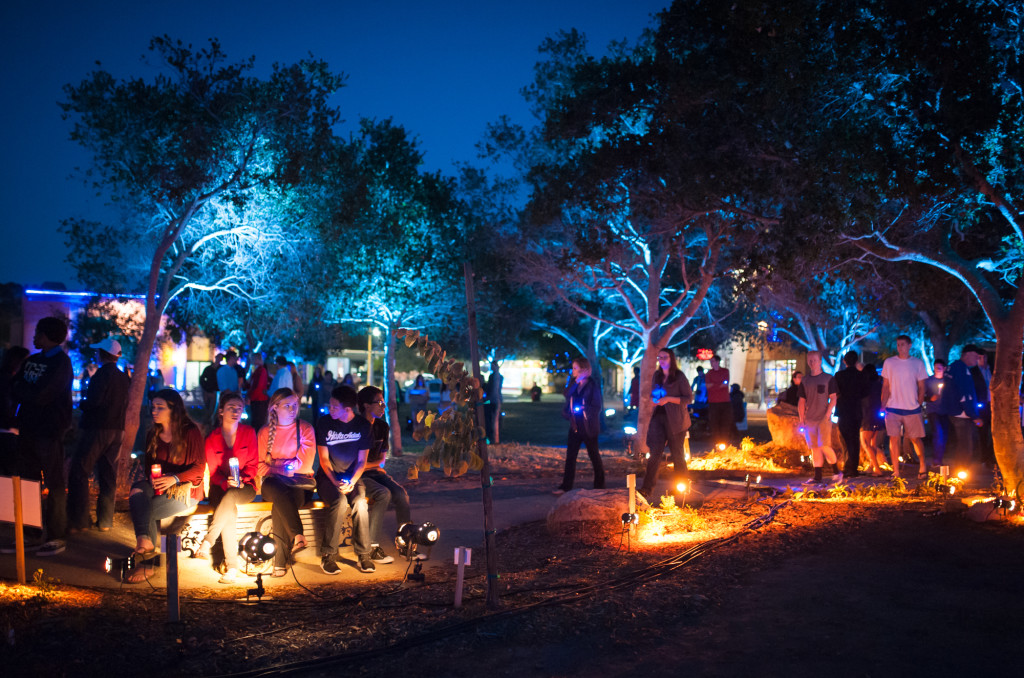 UCSB students, Isla Vista residents, and other attendees fill People’s Park before the start of the memorial service to remember the six UCSB students who were murdered one year to this day. Photo Courtesy 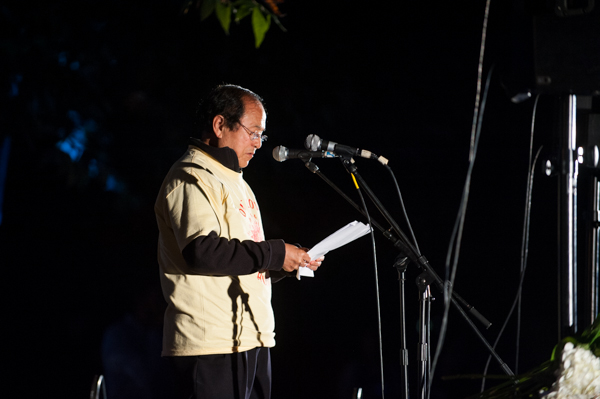 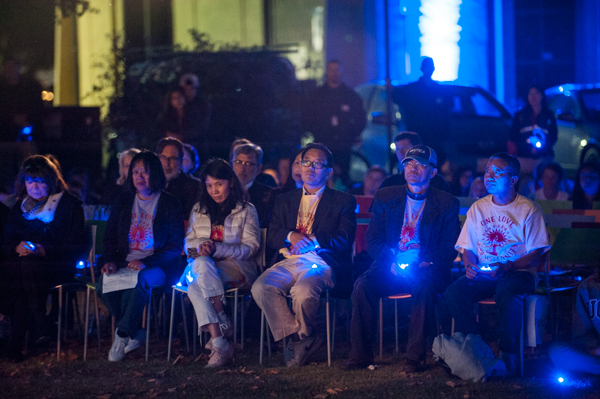 Family members of those who lost their lives last year sit and wait before they speak. Lorenzo Basilio/Daily Nexus 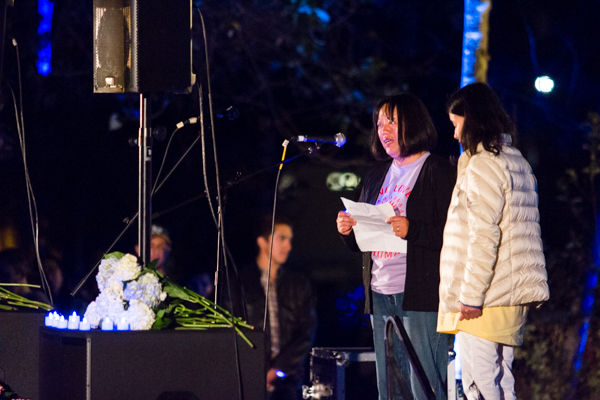 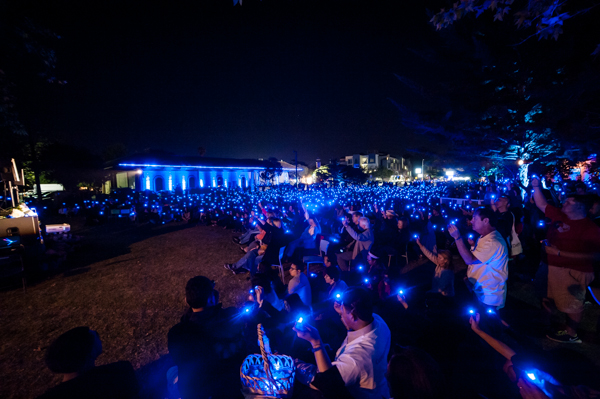 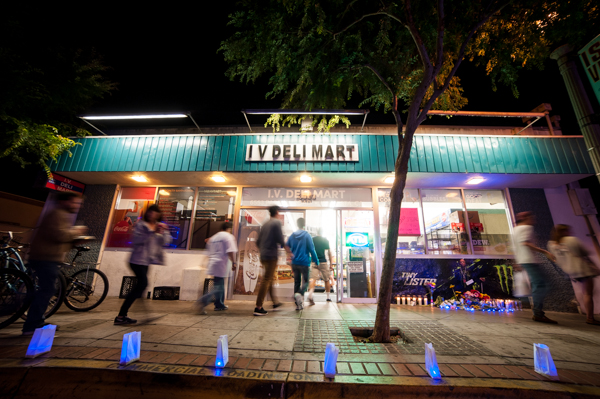