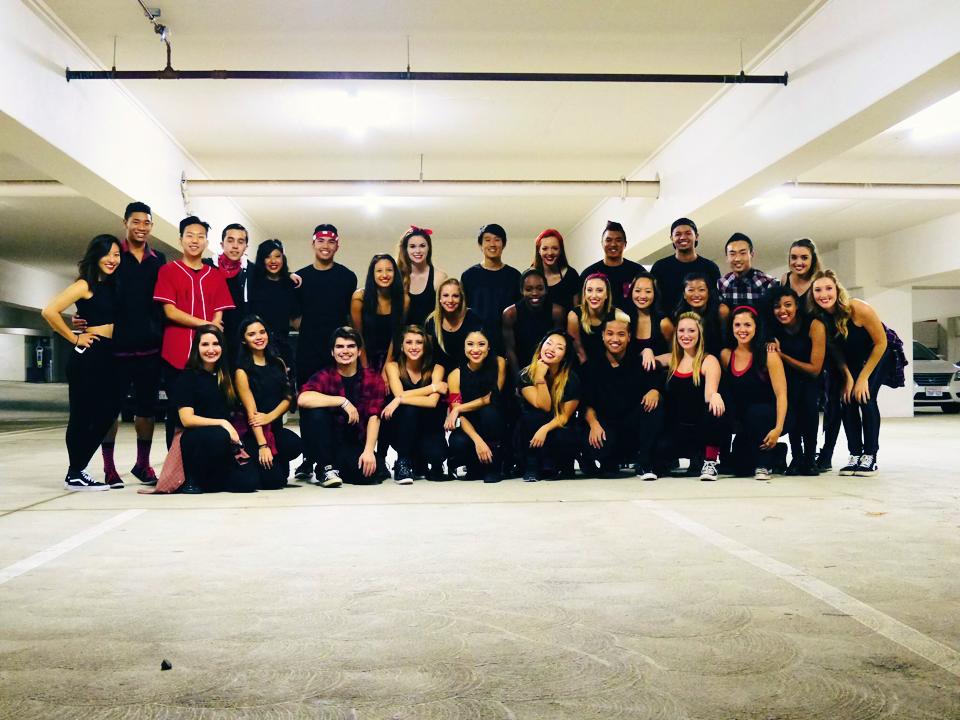 On Saturday, May 9th, Urban Dance Company hosted their first annual showcase in Lotte Lehmann Concert Hall, where the company, along with several guest groups, delivered some swaggy hip hop dances. The showcase was dedicated to second-year Team Captain Daren Spears, who recently lost his mother to a long battle with cancer. All the proceeds made went toward ameliorating the financial strain of his mother’s passing.

The host Rufus Wollo kicked off the show with an ice-breaking introduction of UDC’s opening number — a lengthy, high-energy piece that included hard-hitting moves and multiple transitions among groups of dancers. Dancing to songs such as Beyoncé’s “Partition” and A$AP Rocky’s “Bad Bitches” garbed in green and black camouflage, the company delivered a performance that sent the crowd into a multitude of cheers and yells.

After the first UDC act, UCSB’s Black Reign stormed the stage with a fast-paced choreography to Beyonce’s “7/11” and Nicki Minaj’s “Truffle Butter.” The mostly female troupe finished off with a dance to Kanye’s “Touch the Sky” and left the crowd cheering long after they bowed and left the stage.

Next up on stage were the first- and second-year groups of Urban Dance Company presented their pieces. The second-year members held it down by incorporating varying dance styles from tutting to other slower and more sensual styles. After a transition from Snoop’s “Drop It Like It’s Hot” to a beautiful contemporary piece, the dancers held up a sign that read “For Daren,” a sweet and moving gesture that definitely caused several audience members to emit a few audible “aww’s.”

For first-year Kayla Won, who is a hip hop enthusiast herself, the most memorable performance was the second guest, Articulate, a Temecula-based crew that told a story by dancing to Florence and the Machine’s “Dog Days Are Over.” There were no pauses as the dancers, dressed in diverse civilian attire, flew across stage, used props such as benches and even incorporated some humor into their choreography. It was very cute and uplifting. “Their high energy and story-telling combined to create a well though-out choreographed piece,” Won said.

Unfortunately, not everything in the show went as promised because Beyoncé could not make an appearance due to some problems with Jay Z. Instead, the ladies of Urban Dance Company performed a sexy piece to several songs by Queen B. There was an adequate amount of booty poppin’ (as expected), as well as dropping to the floor. The girls werked it super well and had the crowd shouting “yaasssss.”

After a brief intermission, the showcase continued with dances delivered by third- and fourth-year members of the company. Both groups had only four members, but man, did they dance. It’s crazy how big of an effect correct song choices can make. There was so much noise in the audience as the seniors performed. They definitely coincided with one of the songs they danced to and “Stole the Show.”

Another guest, this time a crew of high school students from Ventura which went by the name of Emanon, had their guys and girls take turns showing off their skills on the stage. The boys, decked out in cool windbreaker jackets, emitted confidence gettin’ down to Kendrick while the ladies surprised the audience by dropping into the splits and staying on point the entire time. Although they made the audience wait a little bit before they went on stage, Emanon definitely made it up with their awesome performance.

UDC Guys’ set also got a chance to display their skills as they danced to E-40, making the crowd go wild while they ghost-rode the whip all the way off stage.

The fourth and final guest performance, by The Faction, also held the audience in high spirits. The enormous group wowed the crowd with their skill and impeccably precise synchrony. Their moves were super clean and awesome enough to be described as “fire” by some viewers.

Finishing up the night, members of Urban Dance Company performed their PCN Set, after which they gathered on stage and had their directors and captains share some heartfelt words about their gratitude and successful turnout. Third-year Artistic Director Kelsie Jeffords described it as “the most rewarding moment [is] when where are on stage at the end of the show with the entire cast of dancers behind us. It was that ‘We did it!’ moment.” And sure enough, the crowd agreed. As people were filing out the theater, comments of approval could be heard from nearly every group.