The Daily Nexus
Film & TV
“Merchants of Doubt”: A Discussion on Effective Science Communication
May 22, 2015 at 2:19 pm by Phi Do 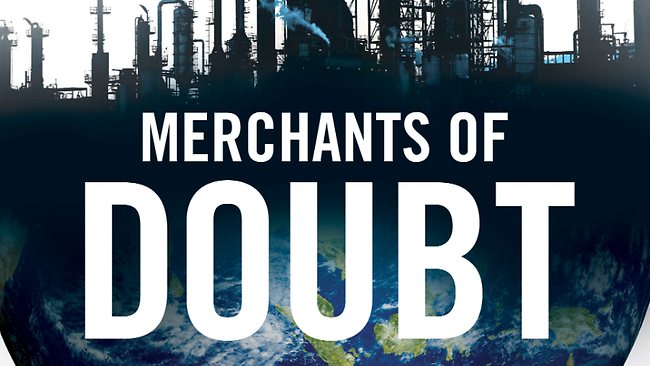 Last Wednesday, the Sustainable Science Communication Conference kicked off its event with a screening of “Merchants of Doubt” in UCSB’s Pollock Theater. Featuring approaches from several academic research disciples, community organizations and practitioners, this conference focuses on effective communication about environmental science and sustainability. No matter how sound the scientific data or evidence, individuals and communities will not understand the gravity of the situation or advocate for change if scientists cannot productively convey their messages and points.

But the obstacles don’t stop there. Pundits-for-hire and silver-tongued scientists with morally ambiguous ties to particular industries (e.g. big tobacco) actively work to promote controversial statements against the science threatening their respective businesses. It’s now more crucial than ever to expose these individuals and spread the truth to rally for the necessary actions before it’s too late.

Based on the 2010 book of the same name by Naomi Oreskes and Erik M. Conway, “Merchants of Doubt” gives audience members a closer look at how certain individuals can undermine such conclusive data and evidence with sly and grandiloquent words. Director Robert Kenner presents their work as a magic trick: by using sleight-of-hand techniques and smoke-and-mirror methods, these pundits and self-proclaimed scientific authorities can distract attention from the science and direct it to their own misleading statements.

The documentary features contrarian physicists such as Siegfried Fred Singer, who refers to himself as a skeptic, fiercely challenging scientific consensus in fields such as the negative effects of smoking and the existence of man-made climate change. By discrediting the science and positioning themselves as an advocate for American freedom in opposing any form of environmental regulation, Singer and other skeptics were able to gain traction and form a following.

As audience for the skeptics grew, the public cast doubt on previously unquestionable lab work and even threatened physical harm on the ousted “mainstream” scientists. When several climate scientists had their emails posted on Climate Depot, a website promoting the debunking of anthropogenic climate change, they received a surge of hate mail detailing death threats and the invalidity of their work. Marc Morano, founder of Climate Depot and publisher of said emails, defends his actions by explaining his goal of having the scientists hear what the public really thinks.

Despite the backlash and resistance, “Merchants of Doubt” ends on an optimistic note with shots of wind turbines and solar panels to urge investment in these types of clean energy along with narration encouraging viewers to stay hopeful and faithful to science. We may not have much time but it is not too late to save planet Earth.

After the screening, Rupert E. Rice of the dept. of communication at UCSB sat down with Jennifer Ouellette, novelist and blogger for Scientific American, and Conway, co-author of the Merchants of Doubt book, to engage audience members in a discussion about science communication to the public and across a variety of disciplines.

One of the problems in making a coherent argument is, Ouellette argues, that scientists often get too bogged in their details. So her job as a writer is to help focus the data to a central message and, not only does she condense it to the main points, she tries to relate it to a real world example such as connecting a parabolic equation with a Disneyland freefall ride.

“People don’t really respond to abstract, academic, intellectual arguments,” Ouellette said. “They respond with their heart … Win their hearts and their heads will follow.”

But with so many critics and skeptics lashing at the scientists, how should scientists respond and convince the public that change needs to happen? While Conway understands that he can’t reach everyone, he is hopeful that the book and film will at least find life in the next generation, especially at universities and colleges.

“I want to educate the people who are still educable,” Conway said, “and that means trying to figure out how to reach them with a message that takes the science seriously and gets people to understand what the consequences are of continuing to either misunderstand or not take seriously what those scientific messages are.”

To truly overcome the resentment and resistance, people need to look past the smoke and mirrors and become skeptics to the skeptics. Citizens normally don’t have time to analyze every issue, which makes the lies easier to believe. But at some point, we need to choose the statements to trust and we need to choose wisely. Where is the evidence? Is there a conflict of interest? What is this person’s approach to the issue?

“After a while … you get a sense for the kind of rhetoric and tricks that are employed and you can spot them,” Ouellette said.

It may take years to develop, but once you spot the trick, the curtains are lifted and you are closer than ever before to the truth.