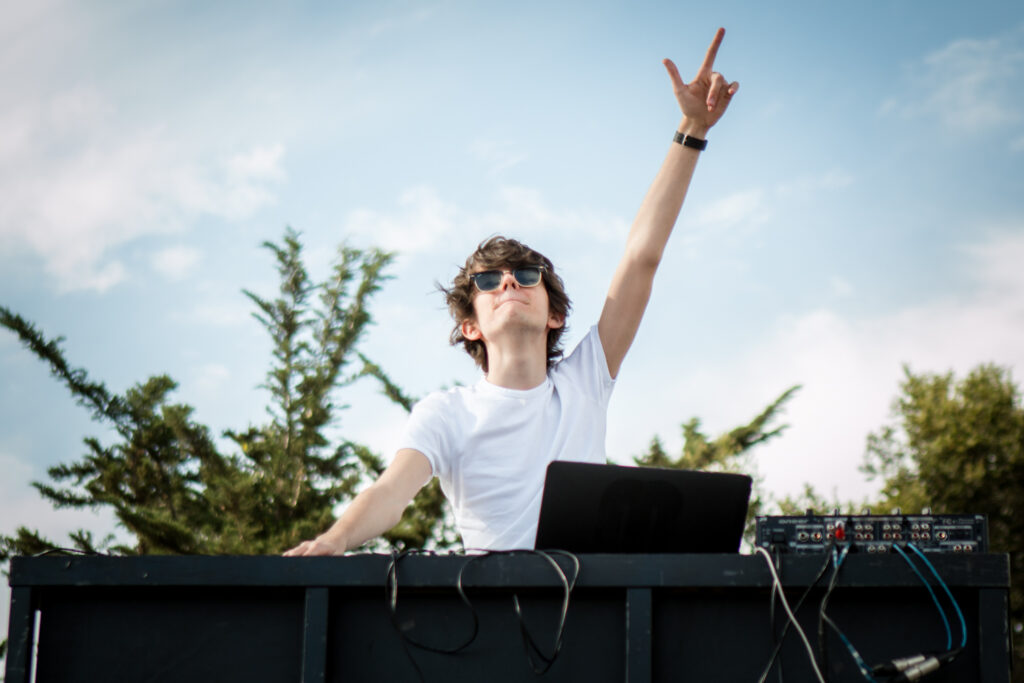 And so it was: the biggest event of Spring Quarter, our beloved Extravaganza, came and went with a bang, only leaving behind the concurring whispers of studious coffee shop regulars: “Yeah, it was really good.” The blaring sets of Bad Rabbits, AlunaGeorge, Joey Bada$$, Madeon and Miguel silenced all of the frivolous complaints on ASPB’s Extravagnza Facebook page.

Upon entering the event, one could feel that the vibrations were in full form. UCSB students were decked from head to toe in their best flowery festival gear and were celebrating the last days of the school year with their closets friends. Various food vendors lined the stadium serving up deep-fried desserts, authentic and spicy tacos and, of course, Woodstock’s pizza.

Bad Rabbits kicked off their set with a unique and wild sound. They produced aggressive melodies composed of ripping guitars and heavy drums mixed with fast stringy synthesizers that filled up the airspace from Harder Stadium all the way to Sands Beach. Bad Rabbits’ live performance skill was a display of incredible talent; it’s no wonder that these guys were voted Best Live Pop/R&B Artist of 2014 at the Boston Music Awards. The funk-infused rock music drew the crowd in and had the audience grooving out. African-American frontmen are somewhat of a rarity in rock. Bad Rabbits showed up and blew all preconceived notions out of the water with their extremely tight jams and radical style.

Next up was AlunaGeorge, an electro-pop duo from London with a sweet and warm tone. The bottom line is that AlunaGeorge absolutely killed it. They had the beats! Their sound was a like a tumbling boulder driven by George Reid’s rolling drums and drum pad. The rainbow sprinkled synths combined with the sweet vivid red cherries of Aluna Francis’s vocals to create a heavy, but bright and colorful sound that induced compulsory dancing in attendees. In addition to their saccharine sound, Francis possessed a seductive stage presence that captivated the crowd with a magnetic flare. She wore an XXL boutique jersey that had the word “HI FASHION,” printed across it as a symbol of artistic irony with a large, gold statement necklace that dropped below her collarbone. One event attendee had this to say about her: “Dude, her music is awesome. I saw her at Coachella and she was wearing this completely see-through dress, too. She’s so cool!” Francis’s elation was apparent and contagious, she never stopped smiling throughout her set, and neither did the audience.

After that, the big talk and big walk of Joey Bada$$ and his crew took the stage by storm. The Brooklyn rapper made sure the crowd knew what was up. His aggressively conscious attitude and lyrics had the crowd on their toes.

“Joey Bada$$ was sick, that set had me hyped man, I don’t know what it was, but his energy was dope,” James Hunt, a fourth-year Biology student, said.

Joey Bada$$ brought a flock of UCSB girls up on stage to shake their groove thangs and to bask in their clichéd 15 minutes of fame. Bada$$ ended his set with a “fuck police” chant to solidify the anarchy inherent in his art, and had the crowd going mad.

Next up was the crowd favorite, Madeon. The 21-year-old French DJ lit up the stadium with agitating builds that resolved with massive drops. His skinny body seemed out of place in the presence of his intense music, but his scrawny appearance only magnified the audience’s attention. The young DJ’s set transformed the Extravaganza ambiance into something one could expect from one of Vegas or Ibiza’s top-shelf clubs. The audience had their hands up for the entire set.

To close out the festivities, Miguel grabbed the mic and spread the wings of his frayed leather jacket in an attempt to make the audience fly even higher. Several student musicians mused on the intricate drumming of Miguel’s drummer, calling him “on point.” The soul of Miguel was pouring out with the funky R&B jams.

Overall, this Extravaganza opened the eyes of many students to some astonishing new artists. The electro, pop, funk and rock ‘n’ roll vibes were delivered on a silver platter with a silver spoon and a beautiful and zesty sauce. The audience left with their heads and hearts full of the juice of life. Big ups to Program Board for putting together the mind-blowing event. 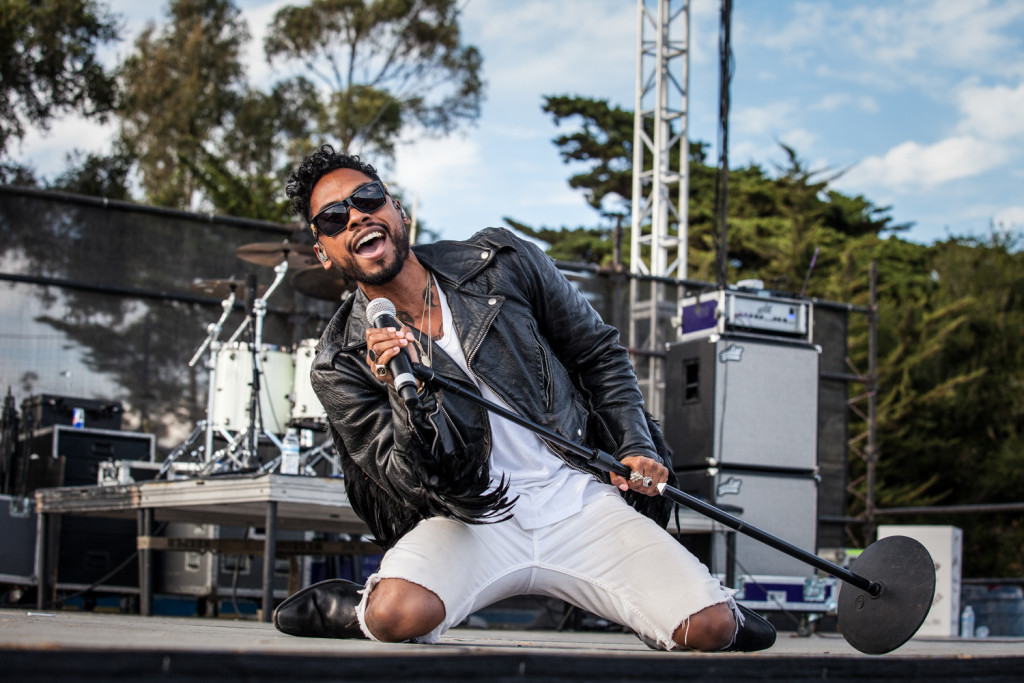 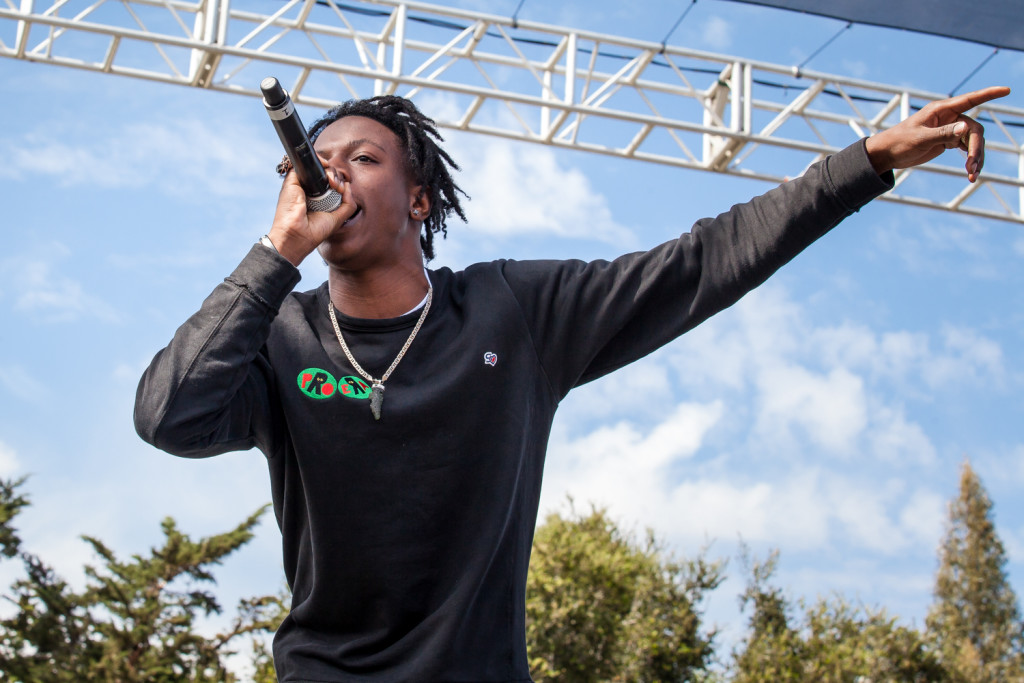