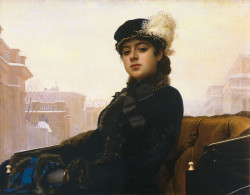 I wasn’t quite aware of the extent of my resting bitch face until I realized that I wasn’t getting stopped as often at the Arbor as the person next to me. Even upon making eye contact with the guy eagerly passing out Improvability papers, I was able to escape the area with nothing in hand. I’ve been made acutely aware of the fact that my resting bitch face is unfriendly by my friends and family, but I never realized the toll it would take on my transition to college. Especially in the beginnings of freshman year, people are looking for friendly faces to approach in class or in the dorms, and when you look murderous every time you fail to smile, good first impressions can be a challenge.

I used to agonize over this dilemma and (unsuccessfully) practice looking friendlier without outwardly smiling. On the plus side, I did bond more with my fellow RBF victims, but we all admitted that it was tiring to have to alter people’s opinions of us and actively persuade people that we aren’t as mean as we look. While it’s understandable that friendlier-looking people are easier to approach, I began to receive reproach for my face in the general public by a very unwanted audience: random men. I enjoy cat-calling as much as the next girl (so, not at all, you perverse misogynists) but I found it especially annoying to be told to “lighten up,” “just smile, baby” and “what are you so upset about?” on my walk to purchase razors from CVS. Simply by inhaling through my nostrils, I had warranted the advice of 30+ year old men who apparently believed it to be my duty to appear pleasant. Some of my friends have told me that it isn’t a form of harassment or misogyny and that it’s possible that the men simply wanted me to be in a better mood. They equated the men’s “advice” to a friendly stranger telling me to “have a nice day!” I considered this for about five minutes, until I realized that men were never criticized for failing to perpetually smile. The mere fact that a term like “resting bitch face” exists is indicative of a greater social expectation of women to exude joy and pleasantness 24/7. A woman who fails to meet the standards of sweetness and femininity set for her by men is given a label as a bitch.

Similarly, a man with a domineering presence and high expectations of his employees would be considered a respectable boss, not a PMS-ing psychopath incapable of controlling his mood swings.

A man with the same demeanor as mine may be more intimidating to approach, but would never be labeled a bitch or told to turn his frown upside down by the local joker. Similarly, a man with a domineering presence and high expectations of his employees would be considered a respectable boss, not a PMS-ing psychopath incapable of controlling his mood swings. It isn’t news that women’s existences are subject to far more criticism and labels than men’s, and resting bitch face is another example of such criticism. So the next time you see me angrily walking through the Arbor, do me a favor and offer me your pamphlet about TASA so I can at least reject you nicely.