The Daily Nexus
Sports
No. 8 UCSB Plays Final Home Series Against First-Place Anteaters
May 14, 2015 at 5:05 am by Sarah Stigers 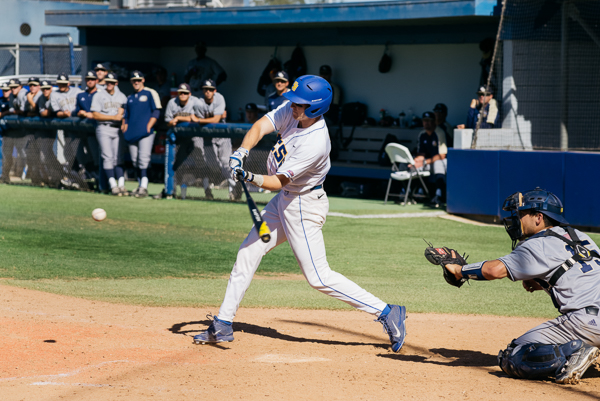 The UCSB baseball team returns home from a mid-week win over CSU Bakersfield on Tuesday to start a three-game conference series against conference leader UC Irvine this Friday.

The Gauchos enter this weekend at 36-13-1 overall and 12-6 in the Big West conference while standing at No. 8 in NCAA rankings and No. 3 in the Big West standings. UC Irvine currently paces the league in overall wins, but is tied with Cal State Fullerton in conference at 13-5.

Among conference leaders, the Irvine staff holds a well-rounded group as players top Big West leaderboards across categories. Junior right-handed pitcher Matt Esparza has eight wins under his belt going in to this weekend, placing him tied for first overall in Big West wins. Esparza currently maintains the conference’s 17th-best ERA at 3.35.

Alongside the Anteaters, Gaucho players also span the conference leaderboard this late in the season. Senior outfielder Cameron Newell still holds the best batting average in the Big West as he hits for .384.

The UCSB lineup has consistently topped the league in collective batting average as it ranks No. 1 for yet another week. The Gauchos are now hitting .293 and have raked in a .375 on-base percentage. Irvine, on the other hand is hitting .281 with a .363 OBP.

Last year, Irvine swept the Gauchos in a three-game series on Anteater turf. Both Jacome and Bieber started in a game during that series last year and both were recorded as the losing pitchers. Tate also appeared as a closer to record an out.

The series begins Friday at 3 p.m. with the regular season home finale set for Sunday at 1 p.m.

A version of this article appeared on page 10 of May 14, 2015’s print edition of the Daily Nexus.