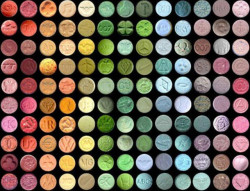 In the past few years, the rate of people in the United States using some form of methylenedioxymethamphetamine (MDMA) — better known as Ecstasy or Molly — has skyrocketed. Psychiatrists have begun to examine the psychotherapeutic effects of MDMA in regard to social interaction for a greater understanding of the positive and negative effects of the drug. The research conducted increases our understanding on how MDMA affects emotional and cognitive processing skills in users, in addition to its prescribed therapeutic usage for specific disorders.

MDMA is a psychoactive drug rapidly absorbed by the body which increases heart rate and blood pressure, giving individuals a feeling of euphoria and energy when ingested at the right dosage. This is caused by increased dopamine and norepinephrine neurotransmitter levels. However, excessive use of MDMA can result in brain cell damage and depletion of serotonin, a neurotransmitter responsible for sleep, memory, learning and mood. The half-life of MDMA is seven hours, during which time it is metabolized to MDA, found in blood and plasma. Although the effects of the stimulant only last between two to four hours on average, it could take the brain about a week to restore neurotransmitters to normal levels. Since many effects of MDMA are specific to an individual’s health and genetic makeup, it could take the brain weeks, even months, to down-regulate receptors.

“MDMA increases levels of oxytocin, a hormone responsible for pro-social behavior, including heightened sociability and greater emotional closeness with others,” Cedric Hysek of UC San Diego’s department of psychiatry said. “The mechanism is not yet fully understood, but is thought to be triggered by the MDMA-induced serotonin release.”

In 2012, Hysek conducted a study with his colleagues to evaluate how persons on MDMA interpret facial expressions. The researchers used the Reading the Mind in the Eyes Test (RMET), in which the participants are shown multiple images of eyes and are asked to describe the emotion behind each set of eyes.

“To ensure that participants were not all just giving positive responses to every emotion, we looked at the answers participants gave when they were not able to decode the emotion,” Hysek said. “There was no shift toward positive emotions for negative nor neutral valances after MDMA compared with placebo.”

Matthew Kirkpatrick, assistant professor in the Keck School of Medicine at the University of Southern California, later collaborated with four other scientists to measure the effects of MDMA and oxytocin on emotional and social processing. Kirkpatrick used the Morphed Facial Expression Task (mFER), a technique in which a computer program morphs a neutral face with no emotion to a second face with full-intensity emotion. Participants are then asked to identify the various expressions. This study reinforces Hysek’s findings in that the participants were inaccurate in identifying negative emotions, but very astute to positive emotions.

In an experiment conducted by Charles Frye of the University of Chicago’s department of psychiatry and behavioral neurosciences, MDMA consumers reported decreased social rejection and increased self-esteem when participating in a virtual social simulation task.

Given the results of many recent psychiatric studies involving MDMA, drug companies have looked to developing products that take advantage of oxytocin’s pro-social benefits for psychotherapy. One disorder that researchers believe could be alleviated with enhanced oxytocin production — possibly through consumption of MDMA — is PTSD. English neurologists suggest that, the more often individuals are exposed to negative memories while under the “happy” spell of MDMA, the more desensitized they will become to their traumatic memories.

MDMA was once used as a therapeutic drug in psychiatry during the 1970s, but because of the potential for abuse and insufficient medical benefit, the Drug Enforcement Administration labelled MDMA illegal in 1985. As a result, research on MDMA remains very inhibited, making the endeavor to prove MDMA’s beneficial psychiatric role difficult for scientists.

There are so many things wrong with this article I don’t even know where to begin.

Well, Emanuel S., it would help if you at least started by identifying one wrong “thing” and then provided reasoning to support your position. Instead you leave a completely vague response meant to discourage the student writer. Just a little effort on your part to engage in an educational discussion might garner you more attention and respect than negative generalities.

The contents of the article are entirely objective, with biological studies and chemically-backed information to explain the processes in which MDMA affects the brain. The author is neither endorsing nor denigrating the drug. The information is out there. You make with the information however you want. Unless you can provide scientific evidence to explain what’s so “wrong” about the article, I suggest you find a better way to convey your argument that doesn’t insult someone who happens to be doing her job.