In a press release issued by SBCSO at 6:31 a.m Tuesday morning, it was confirmed that two victims of the incident were UCSB students and two suspects, 19-year old Jose Guadalupe Gutierrez of Goleta and 22-year old James Joshua Taylor of Lompoc, have been arrested. Law enforcement officials are currently investigating whether the disturbance was drug related.

According to the report, both victims sustained what is “characterized to be gunshot wounds” from a handgun found at the scene. Both victims are being treated at Santa Barbara Cottage Hospital and are expected to recover from their injuries. The third patient at the hospital was confirmed to be Taylor, who sustained head wounds from the incident that do not appear to be life threatening.

A short while after the altercation on Sabado Tarde, a Hispanic male arrived at Goleta Valley Cottage Hospital with injuries he claimed were sustained during a vehicle accident on the UCSB campus. The man was transferred to Santa Barbara Cottage Hospital due to the nature of his injuries and confirmed to be Gutierrez.

SBCSO Public Information Officer Kelly Hoover said the shooting “triggers” emotions given the one-year anniversary of the events of May 23 is less than two weeks away.

“Obviously, everybody out here right now is very sensitive right now, coming on heels of the one-year anniversary, just the thought of anyone being injured out here in Isla Vista, I think, just makes everyone’s heart sink,” Hoover said. “So there is definitely great concern on behalf of the public. We’re getting lots of calls — a lot of people very, very worried.”

Hoover said while it is uncertain whether Monday’s shooting is connected to the three armed robberies that took place last week, law enforcement has reason to believe there is a connection between the robberies that occurred on May 3 and May 4.

“At this point, that is all under investigation. It’s likely there is a relation between definitely the alleged victim, who also later was arrested,” Hoover said. 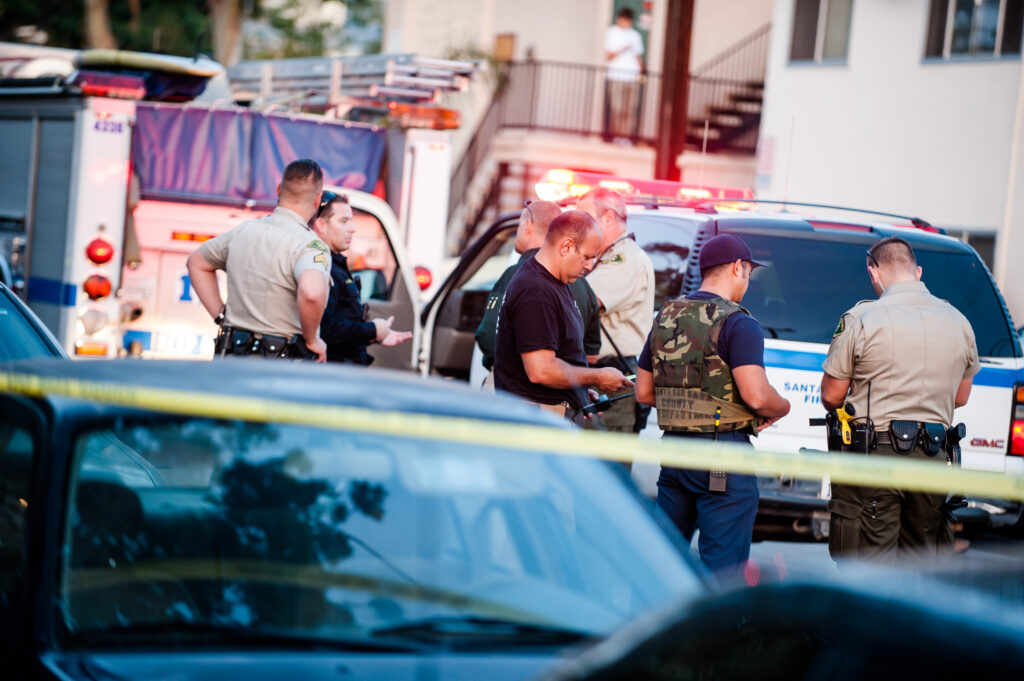 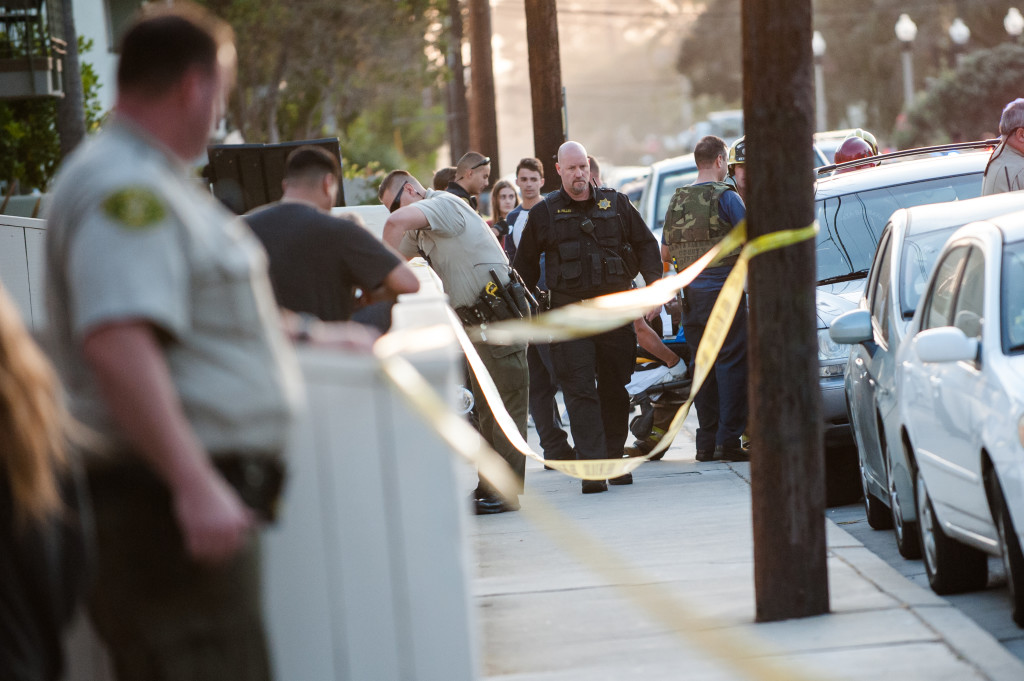 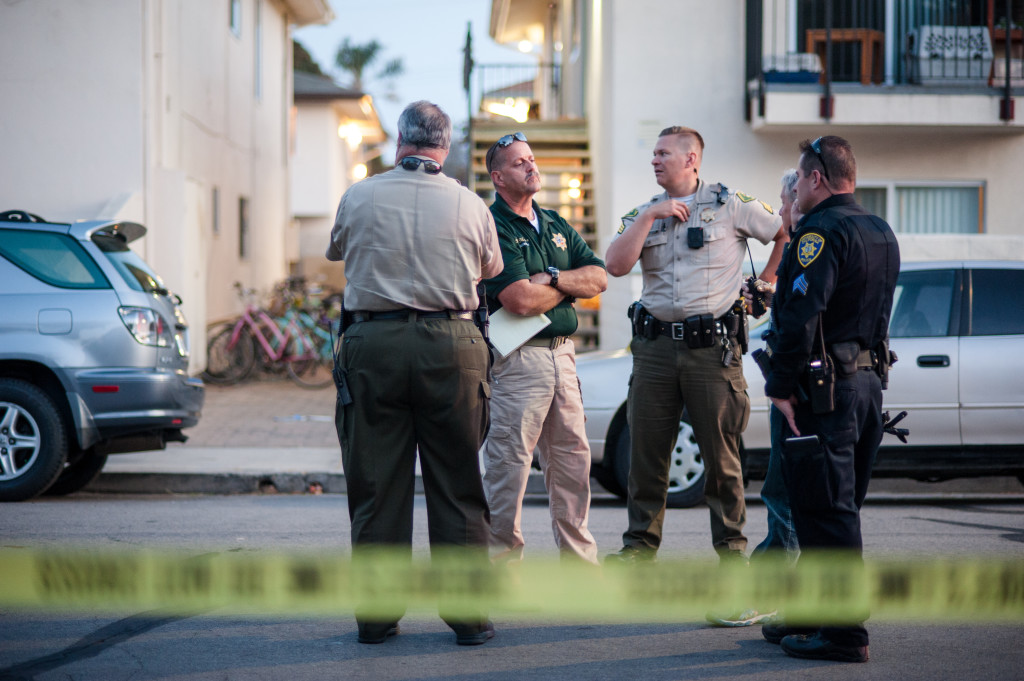 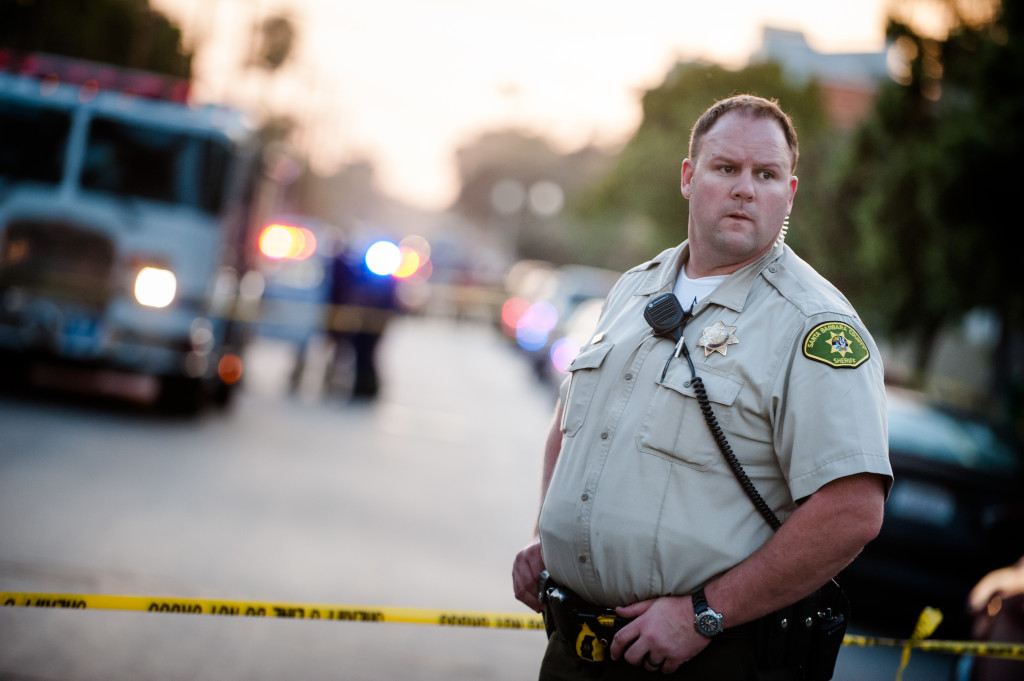 Hang in there students. I deeply empathize what you all are collectively going through at your young age. I know finals are fast approaching. Try to maintain your focus admidst all of this. Nobility of character is surely measured on how one is cooly collected during challenging times of trouble and on how one ultimately endures. Place yourself in the eye of the hurricane and navigate ever onward towards your goal.

Are the cops getting beefier in IV or am I just imagining this?

they are looking a little thick around the middle