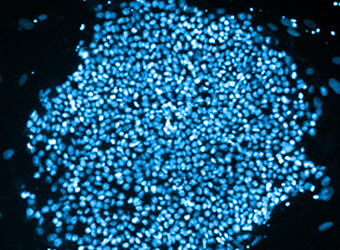 Contrary to popular S.T.E.M. major belief, you do not have to like science and math to be smart. I am still surprised whenever I hear someone insult the intelligence of a fellow student because of his or her major. Clearly, both of you were smart enough to be accepted by one of the most esteemed research universities in the world. Why ya gotta smack-talk non-S.T.E.M. majors?

I’m not talking about financial math, poly sci and pre-law people — they get a decent amount of respect. I’m talking about the religious studies, the dance, the fem studies majors. I’m still trying to figure out why so many S.T.E.M. majors’ favorite conversation starter is, “So how ‘bout them philosophy majors?” followed by the forced, high-class laughter reminiscent of that of white cocktail-party guests in the Santa Barbara hills. Maybe you’re just jealous that these kids’ parents didn’t force them to choose between business or engineering. Maybe you future doctors out there are trying to develop your god complex early. I don’t know.

If you have ever taken a break from A.L.E.K.S. to reward yourself with a little Netflix, I’d like to formally invite you to get off your high horse. A music major composed that theme song you’re singing along to. A film and media studies buff directed all the actors, who probably majored in dramatic arts. A graphic designer did all the CGI and made the credits roll. An English major wrote the script and created all the characters you’re so emotionally invested in. There’s more out there for humanities majors than just “being a teacher.” Not to mention, in this day and age, no major has complete post-graduation job security, so you may as well spend tens of thousands of dollars on something you enjoy.

And let me ask you something: Wouldn’t you hate to think that people viewed you as a drone with the sole objective of scoring perfectly on your MCAT? Probably. So why would you assume that everyone else is a one-trick pony? Communication majors can be interested in science. Who do you think produces all those scientific journals? Not to mention the anthropologically- and sociologically-inclined people studying the population, telling engineers and pharmacologists what the world needs next or the historians making sure researchers don’t repeat the mistakes of their predecessors. So many people fail to realize that nearly all fields are highly interdependent.

Some people argue that if you’re not S.T.E.M., you’re not going to contribute anything to society. Bullshit. What is your theoretical physics degree doing for you anyway? Theorizing the final velocity of your hopes and dreams as it hits rock bottom after realizing you have to spend four more years being a poor grad student? NASA has no money for you to launch rockets with until you’ve lived off ramen for a solid eight years — sorry. Meanwhile, those who studied communication have people skills that will help them in job interviews fresh outta college. (Not saying it’ll happen in this economy, but it might help.) They can move up the ranks in hospital administration before you even start your first residency rotation. And, like I mentioned before, the progress of your chosen field depends on the progress of others. Check yo self.

The worst kind of S.T.E.M. major, though, is the kind that claims that another major isn’t worth respecting because it’s “easy.” Oh, so their major isn’t “hard?” That’s your biggest complaint? Yeah, a challenge is fun, but if you picked your major based solely on the glory, I’ve got some rough news for you, buddy: You’re gonna have a super unfulfilling life. Plus, I’d like to see you read Machiavelli, Shakespeare and Emerson all in one night. It’s not a lesser discipline — it’s a different one.

Don’t get me wrong; I am guilty of 80 percent of these attacks on students. I shit on soft science majors all the time. I’m sorry, Miss English major, but do you think I have the time or money to get boba with you? I just dropped 75 bucks on Pearson Mastering and I’m not about to let it be for naught.

But you know what? I can just as easily admit that I’m simply jealous that this person has time on their hands. In any case, I may have WebWorks due at midnight, but I’d take that over five papers due at the end of the quarter that I know I’d put off until about 48 hours prior to the deadline. I can put aside my pride and take a study break. You’re lying to yourself if you say you’ve never stared at a spot on the wall for twenty minutes with your lab notebook open and empty. Why not spend that time doing something a little more constructive? Chilling with someone outside your area of study can be so refreshing, and broadening your mind makes you a more well-rounded contributor to society. It’s why we have GE requirements; it’s why we study abroad. Do you really think I want to hear about how much your chem professor sucks for the ten-millionth time? Naw, man. I want someone to tell me about all the hoes Rasputin managed to seduce back in the motherland. History is rad as hell.

So next time you’re playing DOTA when you’re supposed to be doing your problem sets, give a little shoutout to all the arts and social sciences people that brought it to you. Yeah, some developer with a computer science degree programmed it and an electrical engineer made your computer, but an artist made those heroes and their cool armor and designed those dragons blocking your way to the turret or whatever. And some guy had to test the game, too (OK maybe he’s not college educated; he’s probably just some greasy dude with a ponytail and a neck beard living in his mom’s basement … but he definitely isn’t a S.T.E.M. major). Anyway, the point is that your life would suck without non-S.T.E.M. majors. They are not “taking the easy way out.” They are not “spending buttloads on a useless degree.” They’re doing what they love, regardless of whether or not it has total job security (which, again, no major really does). It’s not a stupid decision; it’s a brave one.

Simone Dupuy is a microbiology major whose communication-major mom and Art Center College of Design alum dad can’t hear you hatin’ from the top of their mountainous retirement fund.

Thank you Simone for taking the words out of my mouth. I scored a 2330 on the SAT, 5s across all AP tests, and could have easily traipsed down the STEM path. Instead, I’m a global studies major who is contemplating a black studies minor. My older sibling, who I scoffed at in high school for pursuing a career in video game development when I was still toying with the idea of being a physics major, made thousands in one summer as a concept artist/intern for League of Legends. It’s true that us humanities and liberal arts students don’t have… Read more »

YES! Thank you for sticking up for me and my tribe. Only English majors can make fun of English majors about becoming teachers or baristas with forearm tattoos.

A brief correction from a STEM student: Peer-reviewed journals are made by professionals for professionals. That means professionals in their chosen field. A dedicated polymer chemist would not be editing a peer-reviewed journal about, say, tree biology if that polymer chemist wasn’t also a tree biologist, and vice versa. You should know this as a microbio major. Outside of dedicated science journals, written by people who majored in covering science or at least had to train to cover it well (often by double-majoring), the mainstream presentation of science sucks. “What is your theoretical physics degree doing for you anyway? Theorizing… Read more »

I actually genuinely enjoyed reading this response, it made me laugh (not at you in a mean way, I just really like the way you write.) You are completely right, a board of professionals reviews submissions to scientific journals. I just meant that not everyone involved in the publication process is a hard science Ph.D. Gotta have those layout designers and whatnot, ya feel? And, true, Nature and PNAS and the like are for the layman’s coffee table, but that doesn’t mean they’re worthless. And, of course, I’m not saying that all STEMsters hate their major or are doing it… Read more »

Honestly, I haven’t heard a single STEM major make fun of non-STEM majors in any way since I finished my lower-division classes. People who do tend to be the people who wash out because they think they’re smarter than they really are. They might say that their major is more difficult, which it is, but I’ve never heard any kind value judgment. I think most people who are passionate enough about their field to slog through a STEM degree have the ability to respect other people’s passions. I took an upper division English GE and most of the people in… Read more »