The Daily Nexus
Sports
UCSB Rides Win Streak Into Midweek Matchup Against CSU Bakersfield
May 5, 2015 at 11:11 am by Sarah Stigers 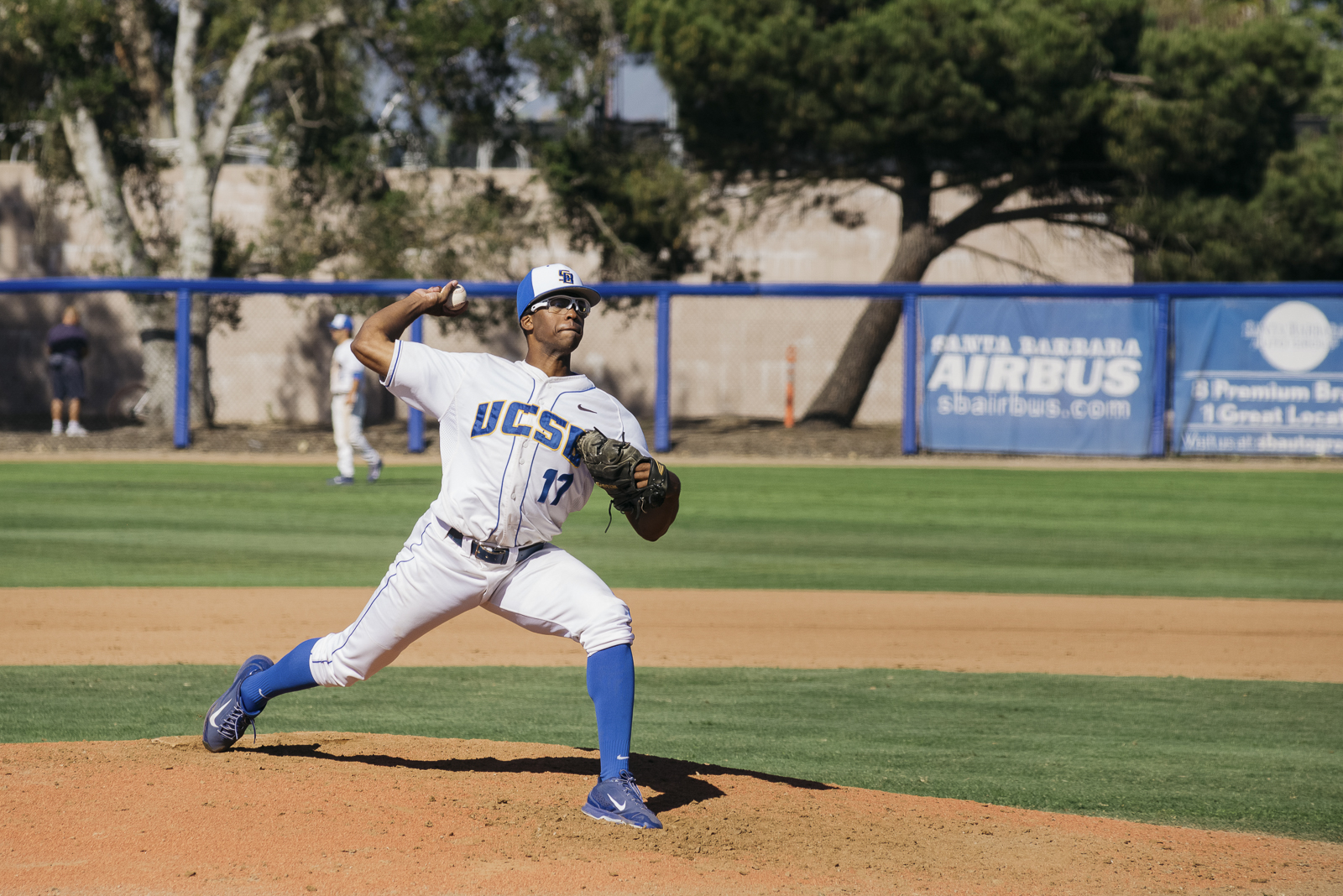 The No. 7 UCSB baseball team will host CSU Bakersfield at home today. The Gauchos look to get back on track in midweek games after earning a draw in a 14-inning contest against LMU last Tuesday, breaking the Gauchos previously perfect midweek record.

Last weekend UCSB had its first Big West conference sweep of the season over UC Davis, putting them at the top of the Big West with UC Irvine and Cal State Fullerton. The Gauchos now hold a 34-10-1 overall and 11-4 conference record going into this week.

Bakersfield prepares to enter a long week itself, first traveling to UCSB and then to face its conference-leader Grand Canyon this weekend. With its 28-17-1 overall and 14-6-1 conference record, Bakersfield falls second in the Western Athletic Conference only to GCU.

In last week’s midweek game, junior righty lefty Domenic Mazza pitched through eight innings, allowing only three runs in seven hits in his appearance. However, in that game four Gaucho relievers would see play during the course of the long 13 innings. Overall, last Tuesday’s pitching staff threw nine scoreless innings against LMU and struck out 13, but allowed six total runs.

In the past week, the Gaucho offense has put up 17 runs and 47 hits against opposing pitchers. Only six of those hits were for more than a single, including one home run by senior third baseman Peter Maris and four doubles.

In the WAC this week, Bakersfield’s sophomore righty Garrett Nimmo was named Pitcher of the Week. In the team’s 5-4 win over Cal Poly last Tuesday, he appeared for seven innings allowing no runs, three hits and striking out nine Mustangs.

As for pitching in the Big West, UCSB’s junior righty Dillon Tate still comes in second in overall earned run average to Long Beach State’s freshman right-handed pitcher Chris Mathewson who paces the conference with a 1.39 ERA. Tate falls just behind with a 1.63 ERA. UCSB’s sophomore righty Shane Bieber rounds out the top-five conference leaderboard with his own 2.05 ERA.

UCSB’s starting pitching staff also claims the third, fourth and fifth spot in conference strikeout leaders. Tate holds third with 84, next is junior lefty Justin Jacome with 75 and Bieber in fifth with 74.

The Gaucho lineup also houses two offensive leaders in senior outfielder Cameron Newell and junior right-handed pitcher and utility player Robby Nesovic. Newell leads the conference in overall batting average as he hits for .374 and Nesovic brings up the fifth spot swinging for .363.

The Gauchos will take the field today at 3 p.m. at Caesar Uyesaka Stadium for the last time this week as they travel to play a three-game series against Cal State Fullerton starting Friday.