The Daily Nexus
Track and Field
Santa Barbara Plays Host to Rival Cal Poly in Westmont
April 30, 2015 at 4:59 am by Elliot Thornton 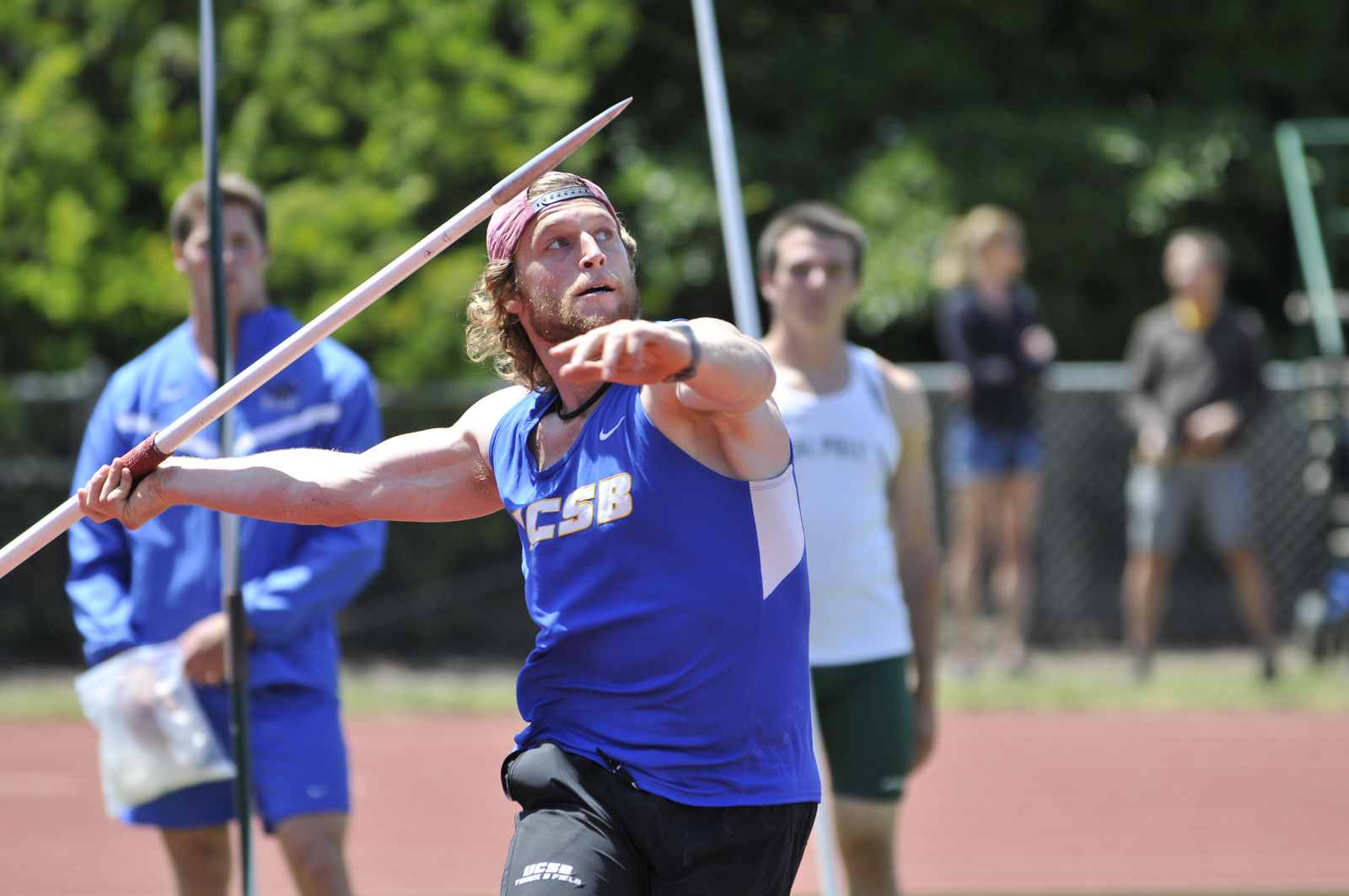 Tension fills the air this Saturday as the UCSB track and field team travels to Westmont College to face off against its archrival Cal Poly. Competing in the annual Cal Poly Dual, UCSB looks to solidify its rankings as the end of the season draws near and make a steady push for the NCAA West Regionals.

Following two back-to-back weekends of intense relay and field competition, it will take a collective team effort for both teams to work through their rigorous schedules and make their imprint in Big West play.

This weekend’s meet is filled with talent. UCSB and Cal Poly head into the Cal Poly Dual with ten Big West Conference leaders competing. Five of the top eight athletes in the javelin represent UCSB or Cal Poly. As a result, expect an action-packed competition from start to finish between both teams.

The Gauchos have been red hot as of late. On the men’s side, UCSB brings a conference-best 8-1 dual meet record into the competition, hosting the meet for the first time since 2011. Look for key notables like Bryan Guijarro, Albert Hughes and Thomas Gore-Schreck to carry the load for their team.

Guijarro is ranked first in the Big West in the 10,000m with his time of 29:11.20. The junior from Lancaster holds the sixth spot all-time in UCSB history with his mark.

Seniors Albert Hughes and Gore-Schreck have been phenomenal this year in their respective competitions.

After a record-setting performance at the UC Riverside Spring Track Classic, Hughes has been on a roll ever since leading all Big West athletes in the hammer competition with his mark of 209’3. This weekend will be no smooth sailing however, as the senior thrower faces off against Cal Poly’s Arnie Sambel and Nate Vickers, who are also ranked in the top ten for the hammer competition.

Thomas Gore-Schreck also looks to finish his senior campaign on a high note. Gore-Schreck holds first place in conference play for the javelin with his mark of 234’3.

For the women’s side, look for junior Tori Tsolis to have a strong presence as she takes on conference leader junior Ashley Windsor in the 1,500m. Tsolis is fifth all-time in the 1,500 with her time of 4:24.81.

Senior Dani Moreno will be participating in both the 5,000m and 10,000m while UCSB all-time record holder Melissa Rake will also battle it out in the women’s javelin.