The Daily Nexus
News
Guest Professor Lectured on Vaccination and Public Policy
April 30, 2015 at 5:00 am by Cheryl Sun and Supriya Yelimeli 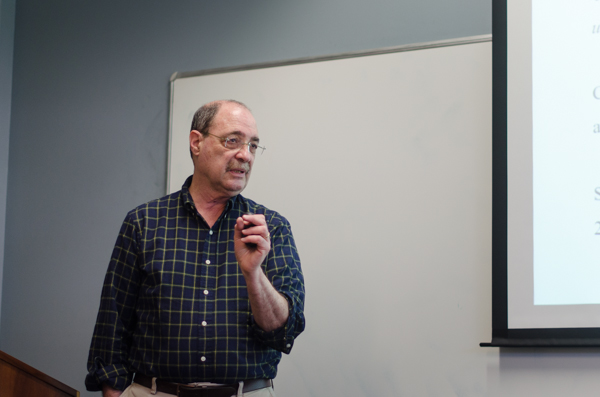 Manski is an elected member of the National Academy of Sciences and an econometrician in the field of rational choice theory, which involves using applied economics to make decisions. The talk focused on how to make public policy decisions using incomplete data and information, specifically whether vaccinations in the U.S. should be decentralized or compulsory.

According to Manski, welfare economics involves a “social planner” who makes beneficial decisions on behalf of the community and often has to make judgements with limited information, making it difficult for the planner to determine optimal choices for issues such as mandated vaccines.

“So the kind of knowledge that’s assumed in the literature around social planning, that the planner actually knows everything you need to know in order to solve optimization problems — in the real world we don’t have that kind of knowledge,” Manski said. “We may know some of these things, but we don’t know all of it. It’s definitely going to be true with the vaccination problem.”

It’s a really hard thing to make policy decisions that are controversial like vaccine decisions when our knowledge about the effects of vaccines is incomplete. – Economics professor Peter Kuhn

Manski said elementary decision theory provides specific procedures for decision making using partial information and is a two part process that involves first eliminating the comparatively worse or “dominated” decision option and then determining a method of choosing a generally optimal or “undominated” option. Manski said he believes there are multiple ways of deciding which method is “dominated,” contrary to arguments that there exists one particular way to maximize optimality.

“The whole point of decision theory is to try to have a kind of explicit procedures for making decisions with limited information,” Manski said. “The harder part — where there’s no agreement to this day — is how we are going to choose a dominated policy.”

According to Manski, in a decentralized healthcare system such as that of the U.S. people do not consider the social and external consequences of their private medical decisions. This issue leads to government intervention in deciding voluntary or mandatory treatments, particularly vaccinations for contagious diseases.

Manski said there is a lack of knowledge about the benefits of vaccinations despite the common belief that the more people who are vaccinated, the less chance of a disease. 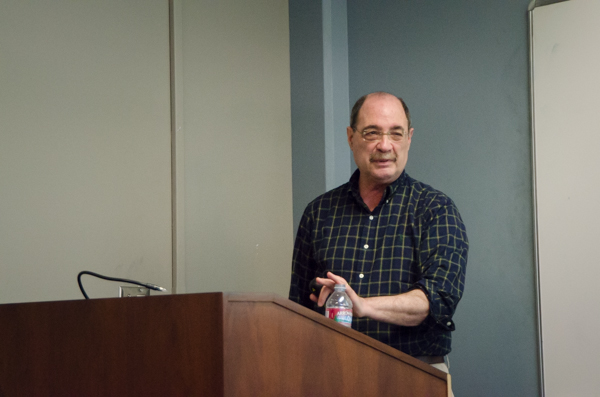 Manski said the process of determining the social cost function of mandated vaccines uses a simple model that consists of two variables — the costs of getting sick and the costs of being vaccinated. Vaccination will likely lower the frequency of illness, but may also increase medical costs, lead to side effects and infringe on personal medical choices.

“Mandatory vaccinations improve public health relative to decentralization [and] lowers the illness rate,” Manski said. “On the other hand, mandating vaccination means more people are going to get vaccinated, and that’s going to increase the cost of production of the vaccine, the vaccines may have some side effects, and then they have the real political issue of so called reducing personal freedom.”

According to Manski, he used the simple model he constructed and applied econometrics to lay out multiple methods of making an optimal choice when determining whether to mandate vaccines with partial information.

“I sought to assist decision making by juxtaposing several well-known criteria and comparing the policies they generate,” Manski said. “Whether a public health agency should use one of these or some other criterion to cope with uncertainty is ultimately a matter to be decided by the agency.”

“It’s a really hard thing to make policy decisions that are controversial like vaccine decisions when our knowledge about the effects of vaccines is incomplete,” Kuhn said. “Professor Manski gives us a good way of making decisions in that world and a way that is dispassionate and scientific and also respects the beliefs and values of everyone in society.”

Economics professor Shelly Lundberg said Manksi’s talk shed light on how “tremendously important” it is to understand the constraints of public decision-making.

“I think the paper is not so much vaccination,” Lundberg said. “It’s about dealing with the uncertainty when you’re making public policy decisions and how very difficult that is. I think we have to recognize more explicitly the limits of what we know.”

A version of this story appeared on page 6 of the Thursday, April 30, 2015 print edition of the Daily Nexus.