The Daily Nexus
Sports
Gauchos Look to Gain Ground in League Against UC Davis
April 30, 2015 at 5:03 am by Sarah Stigers 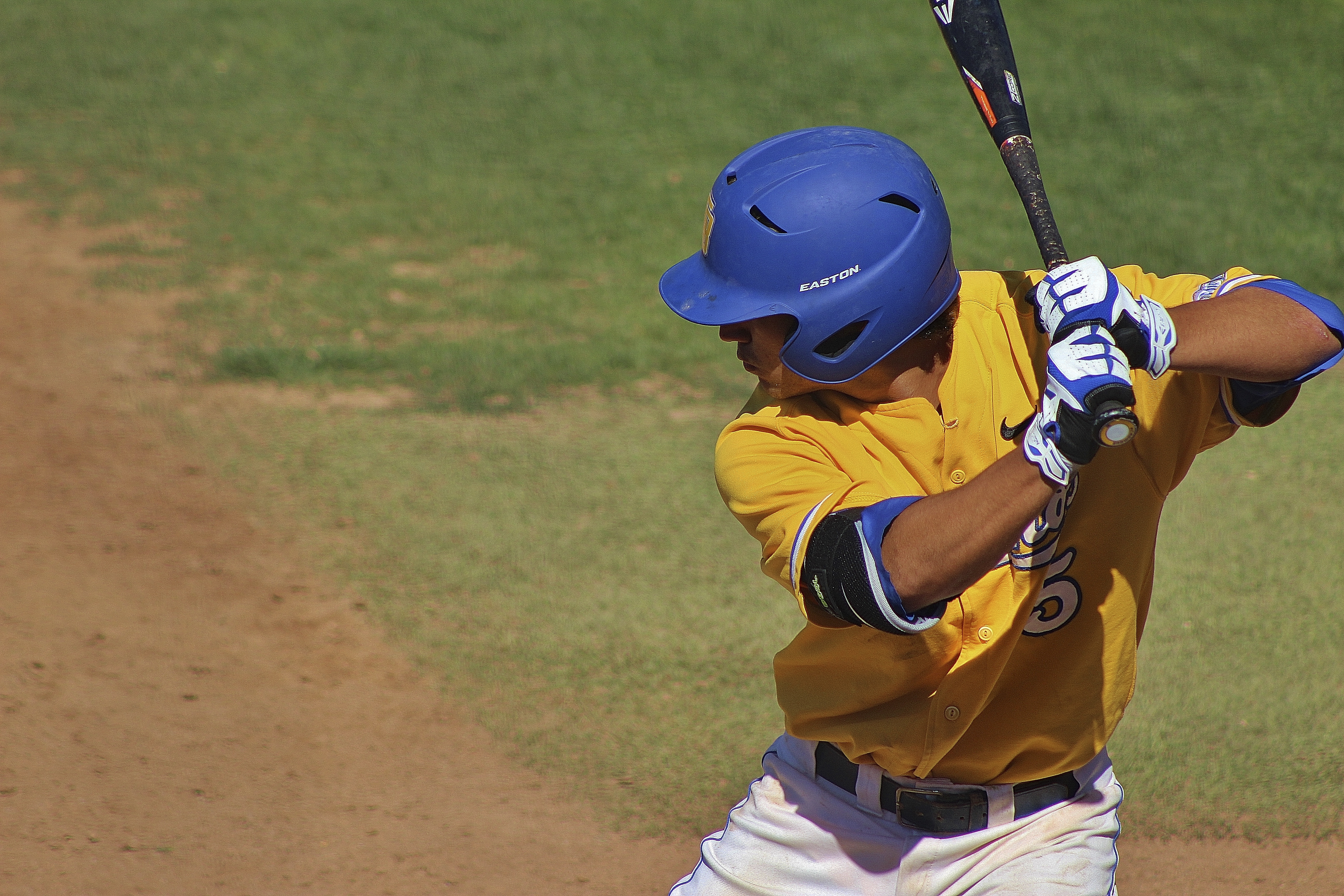 Luke Swenson is up to bat. Jose Ochoa/Daily Nexus

The No. 6 UCSB baseball team is scheduled to face UC Davis this weekend at home in a three-game series starting Friday.

On Tuesday, the Gauchos faced Loyola Marymount in a 13-inning game that ended in a 6-6 draw due to darkness. With that, the Gauchos added a tie to their record and finished the game with a 31-10-1 overall and 8-4 Big West record.

“I think we’ll bounce back [this weekend],” Head Coach Andrew Checketts said. “They are a pretty resilient team and they’ll come back. But, we gave up some key runs and those hurt, but good teams have to work on those.”

At 8-4 in league, UCSB falls second only to UC Irvine and ties Cal State Fullerton in conference standings. Davis, now 26-16-1 overall and 5-7 in conference play, has worked its way up to place sixth in the Big West behind Long Beach State.

“[Tuesday] was a mentality game — it’ll test your mental toughness and I think that it definitely made us tougher and it made us hungrier because we didn’t get the win,” redshirt senior outfielder Luke Swenson said. “I think we’re going to be hungrier to win some games this weekend.”

In Big West play, the UCSB starting pitching staff has filled the conference leaderboard with consistency this season. As of this week, three UCSB starters are tied with six game wins this season. Those six wins apiece are good enough to take the third through fifth spot in most wins by a Big West pitcher this year.

However, leading the charge on that same leaderboard is redshirt junior righty Max Cordy of UC Davis. Cordy holds eight wins this season but only crests the top 30 in overall earned run average, coming in at number 29 with a 4.50 E.R.A.

“This is a big weekend. They’ve been playing well, they’re good offensively and we are good on the mound,” Checketts said. “We need to be on it and we need to be able to play Gaucho baseball: throw strikes and play catch. They will put more pressure on us that there has been in a while.”

All four UCSB starting pitchers are throwing under a 2.50 ERA. Junior righty Dillon Tate is leading his team in both ERA and total strikeouts as he is throwing for a 1.57 ERA and has struck out 77 batters this year.

“I feel good [about this weekend]. We’ve been playing pretty well in conference, and we even played pretty well [Tuesday],” Swenson said. “We have a very good chance to win some games this weekend.”

In the Big West this season, there are few teams who pose as outliers in conference play records. While Irvine sits at the top with an 11-4 record and Riverside rounding out the conference at 2-10, the rest of the pack is anyone’s game as the remaining teams have each won at least five games and eight at the most.

“We’re going to need some [defensive] practice, that’s the only way you’re going to get better,” Swenson said. “But we’ll get better every day. We can’t stay complacent with where we’re at right now. We have to get better, and work on the things we need to.”

At the plate for the Aggies, redshirt senior infielder Nick Lynch is hitting .371 this season with two home runs and 25 doubles.