The Daily Nexus
Opinion
Why We Should Celebrate Israel
April 29, 2015 at 1:03 pm by Shirly Ribak 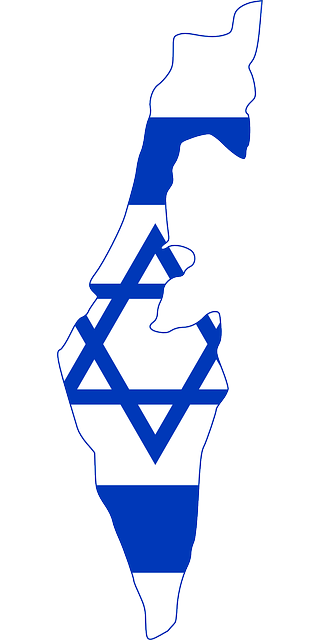 Last week, Israel celebrated its 67th birthday and I am here to tell you why you should celebrate it too.

Do you ever use Apple technology? Is Google a search engine that you have utilized before? Do you like connecting with friends on Facebook?

If you have answered yes to any of these questions, you are benefiting from the talents and passions of various Israeli people and are thus an exhibit of why everyone on this earth should be thankful for the Jewish state of Israel.

In May of 1948, David Ben-Gurion declared the establishment of a Jewish state in the holy land of Israel. This declaration finally enabled the oppressed and marginalized Jewish people to achieve self-determination and establish a country in their historic homeland after centuries of suffering expulsions and extreme anti-Semitism throughout the world.

This moment of freedom and hope for Jews, however, led to extreme reactions in the region from Israel’s neighbors. The result was unfortunate; wars were fought and people suffered, Jews and Palestinians alike. Just like at the time of its independence, today Israel faces reoccurring terrorism; and it surfaces much too often.

Celebrating Yom Ha‘atzmaut (Israeli Independence Day) made me realize that it is imperative for our campus to understand all that Israel has become in its short 67 years of statehood. It is a beacon of light and freedom in a region plagued by human rights violations and oppression. It is an example of a country beaming with technology, innovation, care, and dedication to a global society that we should strive to create here. We should celebrate the existence of this incredible Middle-Eastern democracy, and its talented, passionate, intelligent and life-loving citizens.

We should celebrate Israel because “an Israeli doctor at the Weizmann Institute of Science in Rehovot, Israel developed the top-selling treatment for multiple sclerosis.”

We should celebrate Israel, because “Israel is the only Middle-Eastern country to support gay rights legislation.”

We should celebrate Israel, because Israel is the nation with the highest ratio of university degrees to population in the world.

We should celebrate Israel, because a company in Haifa, Israel invented a machine called ExAblate, which is a “non-invasive, magnetic resonance- guided focused ultrasound surgery system that thermally ablates, or destroys, tumors inside the body.”

We should celebrate Israel, because Israel is the only nation whose academics produce more scientific papers per capita than anywhere else in the world.

We should celebrate Israel, because Israeli electrical engineer Dr. Amit Goffer developed a product known as ReWalk, which uses “leg braces with motorized joints and a backpack battery system, enabling paraplegics to walk and climb stairs without assistance for up to 12 hours a day.”

We should celebrate Israel, because Israeli military medic, Bernard Bar-Natan, developed the “Emergency Bandage, which can be applied with one hand and is used to stop bleeding and hemorrhaging wounds caused by injuries in the field.”

We should celebrate Israel, because its creation gave Jews around the globe a safe haven. They finally had a place to call home and a government that promised to act in their best interest. Even imagining that this could ever happen was foreign to the oppressed and persecuted Jews around the world following their treatment in ancient civilizations, enslavement in Egypt, and the Holocaust; and truly, Israel as a home is immensely appreciated and long overdue. The sentiment formulated by the declaration of Israel as the Jewish state has led the Jews to be able to begin with a fresh start, and the modern outcomes that the world has seen from Israel are spectacular.

Finally, we should celebrate Israel because as someone who was born and raised there, I am beyond proud to support my amazing, multifaceted and dynamic nation; and my people who, at the face of constant terror, fear and hatred, continue to exhume brilliance, passion and a deep love and value for human life.

Do you like 50 years of systematic repossession of land that does not belong to you? Have you enjoyed hearing news of illegal Israeli occupation of Gaza? Do you like genocide of Palestinian men, women, and children? If you answered yes to any of these questions, you too should celebrate the Israeli state! If you answered no to the questions above, you probably know that the creation of a Jewish state ousted hundreds of thousands of Palestinians from their homes. You probably also know that a long history of anti-Semitism certainly does not excuse the using the same practices of… Read more »

“Certainly we all learned “an eye for an eye” is the least effective and most cruel form of revenge when we were in the third grade!”

Tell it to them, then. Because the Israelis and Palestinians are BOTH blowing each other up. This is not a one-sided conflict.

You say that there is a genocide of Palestinians, if that is the case, why is 20% of Israel Palestinian? The Palestinians in Israel can vote, serve in the supreme court, and serve in parliament. They can also attend universities in Israel–which they do in very high numbers, much higher numbers than minorities achieve here in the us. You talk about displaced Palestinians, there was an equal number of displaced Jews that were kicked out of all of the surrounding Arab countries who fled for their lives to Israel. Half a million Jews fled for their lives from Arab countries,… Read more »

Israel’s problem is that it is surrounded by an expansionist, totalitarian, theocratic political movement that is 1400 years old and for which compromise is impossible except for short term tactical purposes. Part of the core theology of that movement says that once a piece of the earth has been dominated by Islam, it must always be dominated by Islam. The Jews offend against that, and because of that offense, and the profound Jew-hatred in the Qur’an, a continual jihad is waged using all kinds of means with the purpose of wiping Israel from the face of the earth. That’s the… Read more »

A beacon of light surrounded by a dark cesspool of Islamic madness.