The Daily Nexus
Sports
Stadium Lighting Forces UCSB and LMU to End as Draw
April 29, 2015 at 12:29 pm by Sarah Stigers 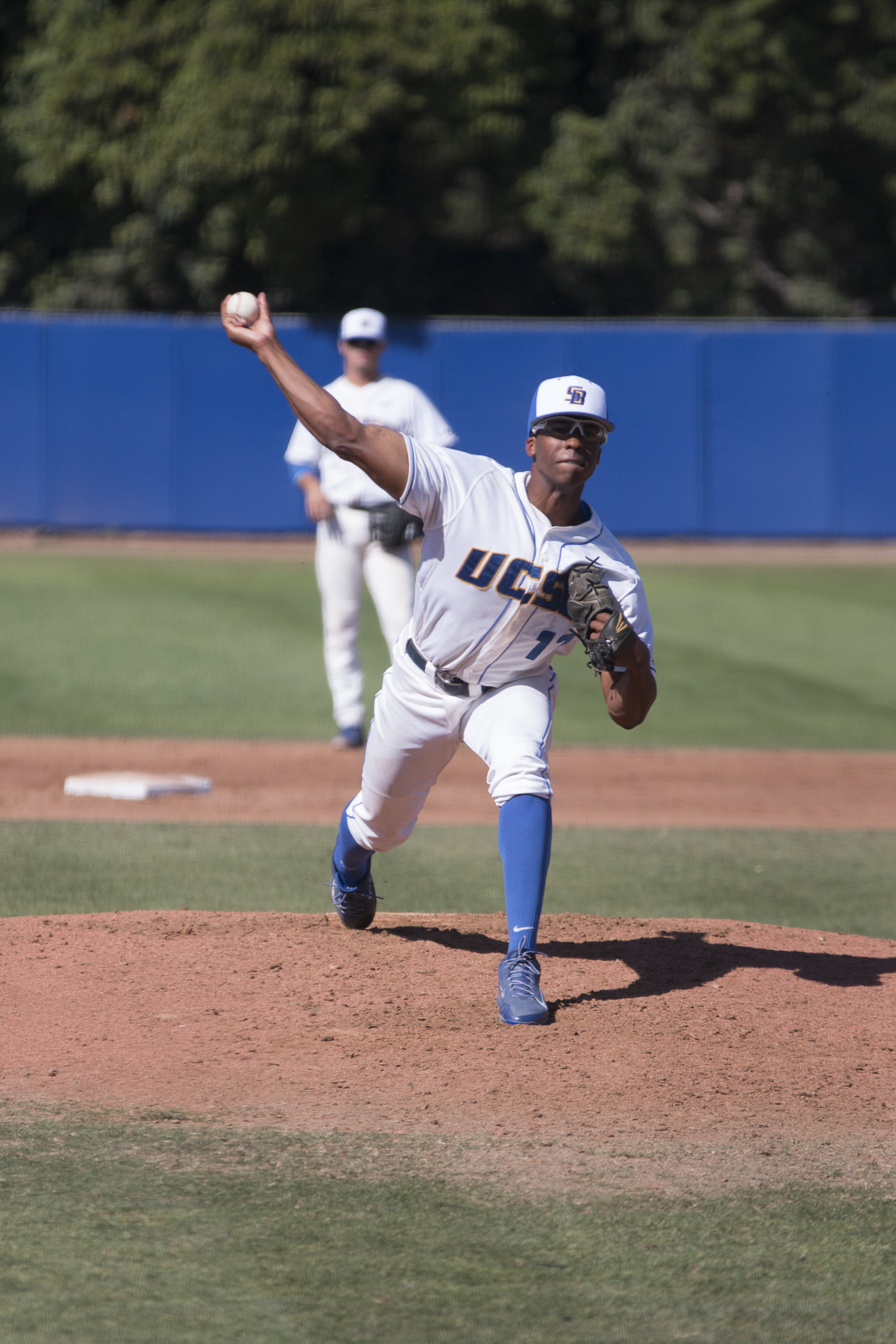 The lack of stadium lighting at Caesar Uyesaka forced umpires to call yesterday’s faceoff between UCSB and Loyola Marymount in the bottom of the fourteenth inning due to darkness. Since this is the last time the two teams will face this season, they are forced to accept the 6-6 draw.

“We had our chances, we missed a fly ball in the ninth that would have taken care of it and missed a ground ball that allowed some runs,” Head Coach Andrew Checketts said. “The guys did a good job battling though; we battled back.”

Through the 14 innings played, 19 Gauchos and 23 Lions saw field action. Both bullpens were thoroughly exhausted as eight Lion pitchers took the mound for anywhere between 2.2 and .1 innings pitched.

Five Gaucho pitchers were played in yesterday’s game, including a start from junior lefty Domenic Mazza. Mazza went through eight innings and allowed seven hits for three run while striking out eight Lion batters. Mazza then turned the ball over to freshman lefty Kyle Nelson who allowed two runs in .1 innings pitched.

“Domenic threw the ball fine and gave us chances to score more runs, but we didn’t,” Checketts said. “I think that if we had done better with runners in scoring position maybe we would have won that game.”

The game, now tied five-to-five in the top of the ninth remained scoreless until the final call.  Redshirt freshman Brandon Luper was the final pitcher to throw for the Gauchos in his fifth appearance of the season. Both junior righties Robby Nesovic and Connor Bates also served on the mound in the late innings.

“You’ve just got to keep playing, keep girding it out and trying to find ways to score but at the same time, not let them score. I’m very proud of our pitching staff and our bullpen,” redshirt senior outfielder Luke Swenson said. “They pitched very well and they kept us in that game. Our defense kind of let us down, but they did all they could to keep us in it.”

Both dugouts put 12 hits and six runs on the board throughout the long game. Seven Gauchos hitters had at least one hit and five had two hits. Of those hitters, both sophomore designated hitter Billy Fredrick and senior left fielder Cameron Newell went 2-4, and freshman first baseman Kyle Plantier went 2-5. All three had one RBI.

Only five RBIs were recorded for the Lions as one run was given up due to a throwing error to third base in attempts to pick off a stealing runner. That play, and two others were accounted as errors for the Gauchos. In all UCSB’s four errors was the most recorded in one game for the Gauchos.

UCSB has had 10 total errors in eight games since junior first baseman Dalton Kelly suffered his broken leg. Before that, the Gauchos were averaging less than one error a game. At the beginning of conference play this season the Gauchos had a five-game streak of no recorded errors.

“Hopefully we will come out angry [next game],” Checketts said. “We came out a little flat for whatever reason and hopefully we’ll come out with a little more intensity this weekend.”

UCSB returned home early Monday morning from its series in Hawaii. Adding the long and seemingly unfruitful draw in yesterday’s game to the equation, the team is up for a long week ending in conference play this weekend.

“It was tough [today], we got back home early yesterday morning and I think everybody slept all day,” Swenson said. “I think there may have been some cobwebs and guys were a little sleepy this morning, but the game doesn’t care, and we’ve got to go out there and try to find some energy.”

The Gauchos are scheduled to continue their long week at home in a three-game series against Davis this weekend starting Friday at 3 p.m.