The Daily Nexus
Opinion
Trading Incarceration for Rehabilitation
April 28, 2015 at 8:31 am by Matthew Meyer 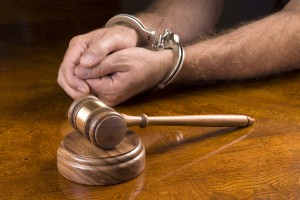 Earlier this month, the most powerful man in America sat across from the country’s favorite pro-pot doctor for a nationally televised interview. The conversation appeared in Sanjay Gupta’s latest installment of the documentary “Weed,” in which the physician discusses drug policy and public health with a variety of elected officials. In weeks prior to the CNN special, speculation ran rampant online about the interview’s content.

When the documentary finally aired, the highly anticipated interview appeared only briefly. After reaffirming his support for medical marijuana research, President Barack Obama added, “I’m also on record as saying that the more we treat some of these issues related to drug abuse from a public health model and not just from an incarceration model, the better off we’re going to be.”

Obama’s comments were neither enraging nor revolutionary. The president chose to play it safe. Still, his statements echoed an increasingly mainstream sentiment — the belief that America’s drug problem should be treated as a health issue. The president’s interview may not accomplish anything on its own, but it does represent another small step toward widespread acceptance of pragmatic substance abuse policies. The call for action arises from growing discontent with the United States’ current approach to drug use.

America’s failed “War on Drugs” can be summarized in a few sentences. Over four decades, U.S. taxpayers have contributed nearly a trillion dollars toward federal, state and local drug enforcement. This aggressive approach largely explains why America holds the highest citizen incarceration rate in the entire world. Despite this dubious achievement, the country consistently ranks as one of the world’s largest consumers of illicit drugs.

Most Americans are keenly aware that the drug war is a losing battle. In 2014, 67 percent told the Pew Research Center that the United States should significantly alter its drug policy. High-profile politicians are beginning to respond to the outcry, with such staunchly opposed ideologues as Senators Chuck Schumer and Ted Cruz even bemoaning the current system’s flaws. Amidst all this negativity, however, few conversations focus on an actual solution.

The most compelling plan of action centers on the public health model that the president alluded to in his interview. Programs that adhere to this dynamic philosophy produce impressive results in foreign countries but struggle for funding and implementation in the States.

The “public health” or “harm reduction” approach to drug policy accepts the inevitable nature of substance abuse, and aims to reduce its negative effects rather than eliminate the behavior altogether. Harm reduction services provide preventative resources that reduce the health risks of drug use and provide care to addicted patients without requiring abstinence as a precondition for help.

Needle exchange programs, for example, allow injecting drug users to attain clean hypodermic needles and related paraphernalia for little to no cost. In exchange, individuals who use the service must return used syringes before they receive more, assuring that potentially infected needles are safely disposed. Comprehensive studies by the World Health Organization and Centers for Disease Control and Prevention confirm that needle and syringe programs reduce the spread of HIV amongst intravenous drug users while also creating a relationship between addicts and social workers that can ultimately lead to rehabilitation and sobriety.

Despite these compelling findings, Congress banned the use of Federal funds to support the programs in 1988. Although Congress briefly lifted the ban in 2009, House Republicans reinstated the measure in 2011 and it remains the law today. Meanwhile, 24 different states still outlaw needle exchange programs altogether.

More extensive forms of harm reduction work with local law enforcement to create a system that rehabilitates drug users rather than punish them. “Pre-booking diversion programs” allow police officers to send low-level offenders to community-based services rather than to jail and prosecution. The programs offer mental health evaluations, addiction treatment and job training to help break the jail-to-street-to-jail cycle that so commonly plagues homeless drug users.

Seattle’s new pre-booking diversion program, Law Enforcement Assisted Diversion (L.E.A.D.), has treated over 200 participants as part of a pilot program testing the method’s effectiveness. The organization, recently featured in a piece for VICE News, has turned in encouraging results during its test run.

A preliminary study by the University of Washington reported that offenders who passed through the program were 34 to 58 percent less likely to commit further offenses than those who were booked and imprisoned. Still, the program’s funding will expire in early 2016, with no guarantee of renewal. Organizations like L.E.A.D. are extremely rare in the United States; without similar programs creating equally positive results around the nation, lawmakers will be difficult to convince.

Outside America, nations that decriminalize drug use employ far less restrictive public health approaches. In Portugal, for example, individuals caught with small quantities of a drug have the substance confiscated and receive a summons to the Commission for the Dissuasion of Drug Addiction. This panel consists of a social worker, psychiatrist and attorney who discuss the individual case and determine an outcome. In most instances, the offender has the option to waive fines by entering drug addiction treatment. Cases of drug-related disease and overdose have plummeted since Portugal adopted the progressive policy in 1999.

Americans don’t need to stomach such radically progressive practices yet, but they are clearly ready to pressure elected officials to modernize America’s approach to substance abuse. Starting with the expansion of existing harm reduction services throughout the country, success stories will build momentum and open eyes to more pragmatic drug policies.

Actually rehabilitating drug users may sound utopian or economically infeasible, but the money diverted from policing and incarcerating nonviolent offenders could effectively cover the costs. In 2013, 15 billion dollars of the Federal budget went specifically toward law enforcement and other punitive efforts in the nation’s war on drugs. The U.S. Government should harness these funds in a way that actively addresses the problem instead of exacerbating it.

Matthew Meyer says hugs (and rehabilitation) for people on drugs.